Doug Zachary in the 70s : Girls Say Yes to Men Who Say NO 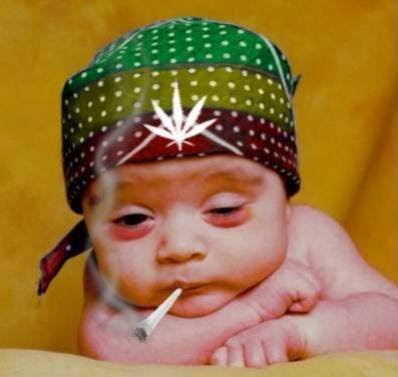 It is 1970, I am 20 years old, and I have been out of the Marine Corps for about a year. Finally, women are paying attention to me. I’m a fuckin’ Hero, having “won” a discharge as a Conscientious Objector. I am attending school at the University of Texas in Arlington and have become a piece of the pro-peace community there. I am an activist with the Vietnam Veterans Against the War (VVAW) and I write an entirely nonsensical article for The Free University Press (Arlington’s very tame Rag) from time to time.

Remember “Girls say Yes to Men who say NO!”? A young woman who had been born a few days before me but who was easily 20 years my elder (in experience) takes me home on my 21st Birthday and shows me “everything you’ll ever need to know about women, Doug.” Life is good. We, the VVAW, get the pick of the crop.

I have become a favorite of Dr. Suzanne Katsikas, a Post-Marxist eco-feminist (“Whut da hell is that, Zachary?” — this from my VVAW comrades). Suzanne teaches International Theory and has very little respect for other academics (“Hacks, Apologists, all of them”), nurturing a special repugnance for anyone who would want to call our field “political science”. She also holds in utter disdain not just the right wing and the Rockefeller Republicans in the department; she also disrespects the old liberals and teaches her small core of “visionaries” to do so.

By the end of my sophomore year I have learned quickly and I am grading the graduate level theory essays for Suzanne. I get some evil kind of pleasure giving failing grades to all the Dallas commuter students who would not find the time to read Das Kapital or anything the least bit challenging. I am dissing anyone and everyone in sight who is not on the unofficial Central Committee, including the Detroit White Panthers who come to town armed to the teeth and move in next door to our grocery coop in a Black church on the Hill (Arlington’s ghetto). Smart — and smart-ass — mutha-fucker, I am. There is this one ol’ boy, Sam Hamlett, who had been a guerilla warrior on some island near Austrailia for two years during WWII, a man who detested state violence… I never slow down enough to hear his story and gain his wisdom. Ten years later I will return to seek him out and listen.

I am running a weekly coffee shop called “The Belly of The Whale” which takes place in the Wesley Foundation, an ecumenical building just off campus. Each Friday night I handle anywhere from fifty to 500 hits of LSD (the record was about 1,000 hits of this particularly powerful Orange Barrel stuff) in the upstairs library while my girlfriend watches the door and sends a message should any “adult” start up the stairs. Our house band, “The Saint James Version,” — so named as to pull the wool over the eyes of the progressive pastors who fund our activities — holds forth every Friday with a rockin’ blend of blues and psychedelia, although when they began to peak they often walk, or fall, off the stage before finishing the first set. One night I count 300 trippers on the dance floor and two nervous pastors and a priest sitting near the door as if planning their escape.

I have absolutely no respect for anyone in a suit, which is defined as a shirt with a collar and/or buttons and a full-length pair of pants without holes, but I have somehow become the go-between for the Freaks and the Liberal Establishment. One story that will haunt (and entertain) me many years later: I have been convinced to initiate a study group which will watch and critique Ingmar Bergman films (an easy three college credits, I figured). After the first of six films, I drop one, two … is it three?… hits of window pane and set off hitchhiking for California one Friday at noon, straight into the first winter cold front, bare-footed and dressed only in a T-shirt and a pair of cut off shorts. Damn, we must be a bunch of idiots, if I am the one who teaches Hitchhiking (and Shoplifting) in the Free University. I damn near freeze to death in a ditch in near-west Texas and hitch a ride back to Ft Worth the next day with a Charlie Manson-looking bunch; four in the cab and six in the bed of an old pickup, this smelly crew makes me feel like a runway model.

That semester and the next I make 1,000 promises, each one of which I fail to keep, let the Police confiscate an ol’ ’54 Ford in pristine condition, spend a night in the Arlington city jail with thirteen friends tripping and singing Kris Kristofferson and Willis Alan Ramsey songs, get summarily dismissed by three of the most delightful women I will ever have the privilege of knowing, and “earn” the 30 semester hours of “Fs” that bring my GPA from a 3.99 to a 3.22 upon graduation four years later.

I won’t go on any longer; just wanted to point out that because I remember ME, I have a hard time judging these young people today. I get my feelins hurt. I get tired from the constant vigilance I have to exercise to see that they show up for anything. I am often hurt by the not-all-together things they say about me and my generation. Overall, though, they seem to have more sense, and greater sensibilities, than I did at their age.

Respectfully … after all these years,

[Doug Zachary, who has grown up a little, is president of the Austin chapter of Veterans for Peace and is a regular contributor to The Rag Blog]

1 Response to Doug Zachary in the 70s : Girls Say Yes to Men Who Say NO