Dr. Stephen R. Keister : The Insurance Industry Could Use a Hippocratic Oath 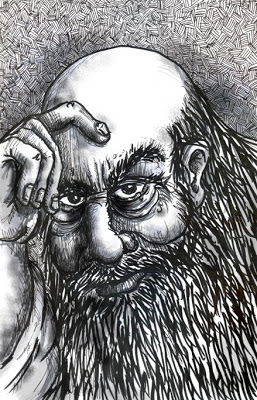 Nowhere, does the Hippocratic Oath require a physician to be a peon, or a servant of a HMO or insurance company.

The total lack of ethical or moral standards in our society is now being demonstrated by the actions of the health insurance industry, its prostitutes, and its collaborators. Their deceit and arrogance was highlighted during a special on PBS that aired Friday, April 3. Its subject was our country’s current health insurance problems, and the producers’ not so oblique contention that these indignities could never happen in a European nation.

Then on Sunday, April 5, CBS’ 60 Minutes ran an account of the University of Nevada Medical Center’s having to cancel treatment of all uninsured cancer patients due to budgetary difficulties. Happily, my anger was mitigated in part by my experience with a private oncology practice that takes on a limited number of these poor folks in their private practice, requesting small donations from patients and the community. Only in the USA!

I am taken back in time to a date in 1943 when I and my classmates in our academic robes recited:

I swear by Apollo the physician and Asclepius, and Hygieia and Panacea and all the gods and goddesses as my witness, that, according to my ability and judgement I will keep this Oath and this contract. To hold him who taught me this art dear to me as my parents, to be a partner in life with him, and to fulfill his needs when required; to look upon his offspring as equals to my own siblings, and to teach them this art, if they wish to learn it, without fee or contract, and that the set of rules, lectures, and every other mode of instruction, I will impart a knowledge of the art to my own sons, and those of my teachers, and to students bound by this contract and having sworn this Oath to the law of medicine, but to no others. I will use those dietary regimes which will benefit my patients according to their greatest ability and judgement, and I will do no harm or injustice to them.

I will not give a lethal drug to anyone if I am asked, nor will I advise such a plan; and similarly; I will not give a woman a pessary to cause an abortion. In purity and according to divine law I will carry out my life and my art. I will not use the knife, even upon those suffering from stones, but will leave this to those who are trained in this craft. Into whatever homes I go, I will enter them for the benefit of the sick, avoiding any voluntary act of impropriety or corruption, including the seduction of women or men, whether they be free men or slaves. Whatever I see or hear in the lives of my patients, whether, in connection with my professional practice or not to be spoken outside, I will keep secret, as considering all such things to be private. So long as I maintain this Oath faithfully and without corruption, may it be granted to me to partake of life fully and the practice of my art, gaining the respect of all men for all time. However, should I transgress this Oath and violate it, may the opposite be my fate.

Nowhere, does the Hippocratic Oath require a physician to be a peon, or a servant of a HMO or insurance company. The fall of a noble profession occurred some 30 years ago when the various insurance companies colluded to take over the practice of medicine in the United States, strictly for their own profit and enrichment, and were unopposed, by-in-large, by the doctors who were too distracted, too cowardly, or too concerned about income, to turn aside this well financed Leviathan.

Today the United States stands alone in the world with this monstrous situation where if you cannot provide health insurance you can jolly well go ahead and die. There are folks, supported by 73% of the literate population of the USA, who wish as their right universal single payer health care. However the propaganda mill of the insurance industry, abetted Richard Scott’s pro-free market message, is already at work with deceit, misinformation and out and out lies about what universal health care entails. Scott is backed by a group of Republican PR consultants in an effort to persuade those who cannot think for themselves that the USA has the best health care in the world. He puts forth the lie that in Europe one cannot choose their own physician, must wait inordinately long for treatment, and that care is managed by “bureaucrats.” ALL LIES. This is the same Scott who, according to a 2000 article in Forbes, was forced to resign as head of what became known as Columbia/HCA after fraud charges against the massive health care company in 1997. He was replaced by Thomas Frist, Jr., the original founder of HCA and brother of future Senate Majority Leader Bill Frist.

Let us take a look at European medicine, which I fear becomes entangled with European education, as one will see. First of all it is not “socialized medicine,” there is no such thing. This is a word contrived by those who will deny Americans decent health care. Matter of fact, universal health care in Germany arose in the late 1800s under Otto van Bismarck, a Royalist, and in England under Winston Churchill, a Conservative, to note two examples. Each European nation has variations in its system; hence, let me try and amalgamate the essence of the various nations into a single entity which we will call New-Gaul.

New-Gaul has health care for all citizens, from birth to death, without payment for services, or in some instances, a minimal co-payment. One can choose one’s own doctor, dentist, specialist or hospital. For acute surgical procedures or medical emergencies there is no waiting. For elective procedures there may be a wait of several weeks, i.e. total knee replacement. Pharmaceuticals may be free or purchased for a minimal amount. One is not rushed out of the hospital after an illness or operation to save the insurance company money. Medical appliances and devices are covered by the program. There are more doctors, hospital beds and MRI machines per capita than in the USA. Many doctors make house calls since there is an abundance of primary care doctors since physicians are trained by the government. The city hospital ERs are not overburdened by taking care of gunshot wounds. One may buy inexpensive private insurance to cover private hospital rooms, special nursing, or to see a few physicians not included in the system.

How is this paid for? The income for universal health care is bundled with that for education providing free education through the university for qualified student. There is no property tax. Income taxes are commensurate with ours save for the wealthy who are taxed at a much higher rate. There is a very high gasoline tax, a gallon costing approximately twice what it costs in the USA; hence, the New-Gaul citizen uses a gasoline conserving vehicle or uses the excellent, frequently running, well-maintained public transportation. There is a 16% value added tax, i.e. similar to a sales tax on all manufactured products, but not on food.

Such a plan has been introduced into the US congress: Rep. John Conyers’ HR 676 in the House of Representatives and Sen. Bernie Sander’s bill in the Senate. However, Sen. Max Baucus, in charge of introducing health care legislation to the Senate, has stated that “single payer health care is off the table.” It is noted that Sen. Baucus wants to force everyone to buy health insurance by legislation. I have pointed out in previous articles that this entails questionable constitutionality. It should be noted as well that Sen. Baucus is one of the senators who receives the largest campaign contributions from the insurance and pharmaceutical industries.

Sen. Baucus’ plan, which will be run by the insurance companies, will cost the tax payer twice what the Sanders bill will cost. The Baucus concept is supported by ex-congressman “Billy” Tauzin who now runs the pharmaceutical lobby. While in congress he helped steer President Bush’s Medicare Prescription Bill through Congress with a pay off of millions of taxpayer dollars to the insurance and pharmaceutical industries. Recall as well that these Medicare plans, run through the insurance industry, tend to shun persons taking certain medications. Of course, this is what the Republicans, some well purchased Democrats, and the political right think the American people deserve. We who want better are opposed by a well financed ruthless power structure that depends on the naiveté of the people. The denouement approaches!

Joe Klein in the April 6, 2009, Time Magazine, reviews a book by Leslie Gelb of the Council on Foreign Relations. Gelb is a prickly political moderate, and has words worth listening to: “Republicans act like rabid attack dogs in and out of power, and treat facts like trash. Democrats seem to lack the decisiveness, clarity of vision and toughness to govern.”

For those who are really interested in how the health insurance industry can defraud one, I suggest reading the article “Hazardous Health Plans” in the May, 2009, Consumer Reports. Then organize groups to visit your elected senator and representatives and make yourselves known in a peaceful manner. We who want better for the nation do not have the vast resources of the corporate interests; hence, we must make our case personally.

I had hoped to review the subject of medical costs and related subjects including “non-profit” institutions and the culture of medical fee structures; however, my ranting is long enough for now. I hope that I can keep my own malignancy in abeyance until we can see a positive resolution, of some nature, not including the insurance industry. The people of the United States deserve better…

3 Responses to Dr. Stephen R. Keister : The Insurance Industry Could Use a Hippocratic Oath