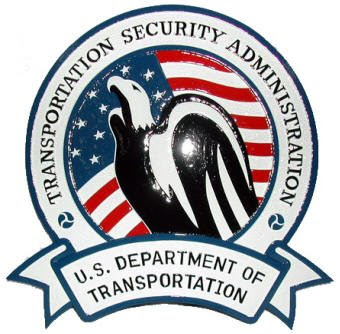 WASHINGTON — A German graduate student in oceanography at M.I.T. applied to the Transportation Security Administration for a new ID card allowing him to work around ships and docks.

What the student, Wilken-Jon von Appen, received in return was a letter that not only turned him down but added an ominous warning from John M. Busch, a security administration official: “I have determined that you pose a security threat.”

Similar letters have gone to 5,000 applicants across the country who have at least initially been turned down for a Transportation Worker Identification Credential, an ID card meant to guard against acts of terrorism, agency officials said Monday.

The officials also said they were sorry about the language, which they may change in the future, but had no intention of withdrawing letters already sent.

Ms. Howe and Maurine Fanguy, who oversees the new ID card program, said that most foreign students did not qualify for the identity cards, but that the letters were not intended to label the recipients as potential terrorists. (Some applicants are also turned down because of criminal records.)

Mr. von Appen, 23, one of at least four oceanography students at the Massachusetts Institute of Technology who received identical letters, said he was stunned by its language.

“I was pretty much speechless and quite intimidated,” said Mr. von Appen, whose research is supported by a $65,000-a-year grant from the National Science Foundation.

A British student at M.I.T. who was rejected, Sophie Clayton, 28, said that at first she was amused at what appeared to be a bureaucratic absurdity. But as she pondered the designation, Ms. Clayton said she grew worried. “The two words ‘security threat’ are now in the files next to my name, my photograph and my fingerprints,” she said.

Institute officials were also disturbed. The agency controls airport security, and “our students travel in and out of the country a lot,” said Danielle Guichard-Ashbrook, associate dean and director of the international student office at M.I.T.

And the agency is part of the Department of Homeland Security, which oversees immigration matters, including student visas.

Ms. Guichard-Ashbrook said the security agency should remove the misleading language from all files and issue new letters formally withdrawing the “threat” label.

But Ms. Howe, the agency spokeswoman, said that the letters were legal, if flawed, and that there were no plans to send replacements.

She said she did not believe the denial letters would cause students any problems with visa renewal or airport security checks. They will even be able to enter secure ports and ships for their work as long as they are accompanied by someone with the new ID, Ms. Howe said.

The Transportation Worker Identification Credential requirement is being phased in starting Oct. 15. The cards cost the applicant $132.50 and have been issued to 275,000 people so far of 1.2 million people expected to receive the credential, officials said.

This entry was posted in RagBlog and tagged Campuses, Homeland Security, U.S. Government. Bookmark the permalink.