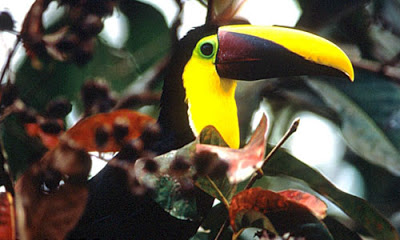 ‘Breaking with tradition and establishing a bold legal precedent, Ecuador recently decided that nature should have rights of its own.’
By Anna Cederstav / October 23, 2008

Most environmentalists believe that nature has a right to exist for its own sake, but that’s not how the law works in our country.

In the United States, nature is defensible only if a human will miss the forest, species, or clean water when it is gone. To use the law, a human must first prove harm to their person.

If that proverbial tree falls in the woods and no human cares, no laws were broken. But if a tree falls and the hiker who depended on its shade is harmed, the U.S. legal system may provide some relief.

Breaking with tradition and establishing a bold legal precedent, Ecuador recently decided that nature should have rights of its own. Just for the sake of protecting nature and the intricate web of life that depends on it.

Although constitutions in other countries have long provided stronger protections than those available in the United States, guaranteeing for example the right of all citizens to enjoy an environment that is healthy and in equilibrium, as in Costa Rica, the right of nature to simply exist and continue to evolve for its own sake has not yet been guaranteed.

However, the Rights of Nature section in the Ecuadorian constitution that recently became law does just that. In Ecuador today, an ecosystem:

* Has the “right to exist” and—perhaps more importantly—to “persist.”

* Has the right to “maintain and regenerate its vital cycles, structure, and functions.”

* Has the right to “its processes in evolution.”

And most important, any person, people, or community can take legal action to defend those rights without showing personal harm.

Rights of Nature provisions may finally provide balance in legal systems around the world that tend to view nature as only an economic resource for humans.

We congratulate our colleagues in AIDA and ECOLEX who contributed to the efforts that led to this great precedent.

There are some worries that this new take on the inherent importance of defending nature may be too associated with President Rafael Correa, and that these new provisions are only as strong as the party currently holding power in Ecuador.

But if the country remains stable, the Ecuadorian Rights of Nature could be a model for what may someday become standard practice in constitutions around the world.

Each year, the Earthjustice International Program tracks changes in national environmental laws from around the world. See recent reports from EarthJustice.