Emblematic of the Gang That Can’t Shoot Straight 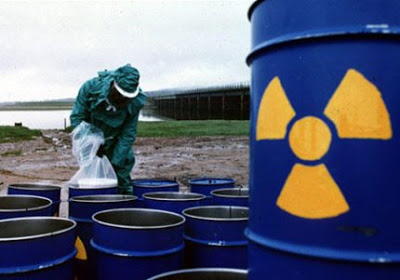 Some people worry too much about the wrong things. For instance, Bush’s security people have created a watch list with a million names on it. How could that possibly be useful in counter-terrorism, a million names? Most of them are probably just peace activists. Terrorist groups are small and wily. You can’t get at them scattershot this way. But there are some things worth worrying about and doing something about. Dirty bombs, where radioactive material is packed in with a conventional bomb, causing contamination of wide swathes of e.g. a city, now that is a good candidate for action. But while Mr. Bush was fiddling around adding Americans to the watch list on a massive scale, the way celebrities add people to their Facebook friends list, he wasn’t bothering to take care of the important stuff. Emblematic of the gang that couldn’t shoot straight.

WASHINGTON – The government is taking too long to secure radioactive materials across the country that could get into terrorists’ hands, according to a government report.

Radioactive material used for legitimate purposes in medical equipment and food, for instance, could be used to create an explosive device known as a dirty bomb. Experts believe such an attack would be contained to a small area but could have significant psychological impact and have serious economic consequences because of cleanup problems.

The Sept. 11, 2001, terrorist attacks prompted the government to do a better job of securing nuclear and radiological materials. And nearly seven years later, the Nuclear Regulatory Commission says these materials are much more secure. But congressional investigators say it’s not enough.

According to a Government Accountability Office report released Monday, new requirements to ensure that a person purchasing or carrying radioactive materials has a reason to do so is more than three years behind schedule. In a probe last year that set up a bogus company, investigators said they were able to obtain a license from the Nuclear Regulatory Commission that allowed them to buy enough radioactive material for a small dirty bomb. Officials hope the licensing requirements will prevent this from happening again.

NRC spokesman Neil Sheehan said a pilot program was completed in May, and the commission expects final guidance next month.

Further, a system to track radioactive materials as they are transported across the country has also faced multiple delays. The NRC says the system should be in place at the end of this year, but it will not be a real-time tracking system, such as used by some package delivery services.

The system will report transfers within one business day, Sheehan said. And if material goes missing as it’s transported, an alarm system will notify officials, he said.

On the inspection side, government investigators found that most Customs and Border Protection officers across the country were never told of 2006 radioactive material reporting requirements by the agency’s Washington headquarters. In May 2006, Customs and Border Protection changed its policy to require that officers contact authorities if they detect “more than incidental” amounts of radiation. But this was never communicated to officials in the field.

Getting these materials secured has been a longtime goal of Minnesota Republican Sen. Norm Coleman. Coleman says he’s happy there’s been some progress, but it’s taking too long, and it’s not enough.

“I’m still not convinced they fully grasp the psychological and economic impact that even a small dirty bomb attack would have on the American public,” Coleman said of the NRC.

This entry was posted in RagBlog and tagged U.S. Government, War on Terror. Bookmark the permalink.