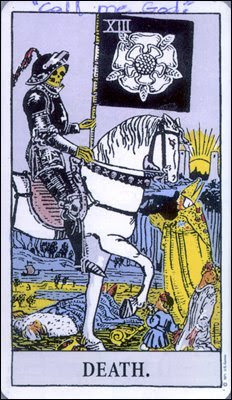 Esequiel Hernández Jr. was only 18-years-old when Clemente Manuel Banuelos, a U.S. Marine corporal, shot and killed him in Redford, Texas in May 1998. Hernández, a high school student, was the first civilian killed by U.S. troops within national territory since the Kent State massacre of May 1970.

Hernández’s and Banuelos’s paths crossed in the context of the “War on Drugs.” Banuelos was a member of four-person surveillance unit, part of the first armed U.S. military mission to the Mexican border region since 1914. The mission took place under the auspices of Joint Task Force Six (JTF-6), the inter-branch command unit that provided operational, training, and intelligence support from the Pentagon to federal, regional, state, and local law enforcement counter-drug efforts within the United States.1

Banuelos and his fellow Marines had been deployed to Redford, Hernández’s tiny hometown (with a population at the time of a little more than 100 people) to monitor individuals smuggling drugs from Mexico across the Rio Grande. No one in Redford, apart from Border Patrol agents in the area, knew that the Marines were there.

On May 19, 1997, Hernández, whose post-high-school plan was to join the Marines, took out his goats near his family home, which lay about 200 yards north of the US-Mexico divide. He carried a .22 caliber rifle to ward off wild dogs. According to the soldiers, Hernández fired at them twice. Twenty minutes later, the young man was dead, Banuelos having fired a single shot.

The Ballad of Esequiel Hernández2, a compelling documentary which aired throughout the United States on July 8 on PBS’ Point of View (POV), sheds important light on the tragedy. Employing interviews with members of the Hernández family, the three other marines who were members of the JTF-6 unit (Banuelos declined to be interviewed), law enforcement officials, lawyers involved in the case, and members of the Redford community, the film provides a comprehensive view of the murder.

It also makes a clear statement that Esequiel Hernández was the victim of a soldier who acted inappropriately and — most likely — criminally. Hernández, it seems, never threatened the Marine unit as Banuelos claimed. Because the soldiers were camouflaged and hiding amidst vegetation at a distance of more than 200 yards from where Hernández allegedly fired his rifle, it would have been impossible for him to see them, no less to know that they were Marines. More importantly, Banuelos and the unit he led pursued Hernández after the high school student fired his rifle, closing the gap between them and their alleged assailant to about 100 yards. If Hernández were a threat as Banuelos alleged, why pursue him — especially given that he was walking away from them and the soldiers’ rules of engagement limited pursuit to when necessary for self-defense? Moreover, while Banuelos fired upon Hernández, he said, because the 18-year-old was about to shoot Lance Corporal James Blood, one of the other members of the unit, Blood rejects the claim in the film. As Jane Kelly (among others), an FBI agent interviewed in the film points out, Banuelos’s bullet penetrated Hernández’s right side under his arm, a point of entry inconsistent for someone supposedly positioned to shoot at Blood; indeed, it appears that Hernández was facing away from the Marine unit when he was shot.3

While such matters were central to Hernández’s untimely demise, so, too was the effective criminalization of the impoverished farming town’s population. Redford, so went the intelligence JTF-6 and the Border Patrol provided to the Marines, was a center of drug traffickers: 70-75 percent of the population was allegedly involved in the illicit trade. As the notes of the staff sergeant who briefed the soldiers before they were deployed to the town read, “Redford is not a friendly town.” Through such cartoon-like depictions, Redford became an enemy locale — as have so many other places across the country and throughout the world in the ever-expanding and never-ending “war on drugs.” Given the information they received, Banuelos and his unit were fully expecting some “action,” but they did not observe any drug-trafficking-related activity, leading Ronald Wieler, one of the unit members, to conclude that “In a way, it was like we were there for nothing.”

The fact that the Marines were in Redford, and that the federal government had sent them there says a lot about how important segments of the ruling class perceive the border region and its residents. As Enrique Madrid, a local historian in Redford, asserts in the film, “Presidio County is one of the poorest in the State of Texas, one of the poorest in the nation, and South County is the poorest part of that poor county. And yet they send us Marines instead of educators. They send us Border Patrolmen instead of doctors.” Seen from Washington, the border region—Redford included — is first and foremost an area of existential threats to the larger national body, an area that needs to be secured — whether it’s against “illegal” migrants crossing the boundary to “steal” jobs, or against would-be terrorists.4

The shooting death in Redford is also just one of many tragic illustrations of the ludicrous lengths to which the drug war and the border war have been taken and how they continue independent of their effectiveness in combating the “threats” from without they purport to eliminate. In the case of the war on drugs, for example, the federal government has spent many hundreds of billions of dollars over the last three decades. Nonetheless, the street price of drugs has steadily declined during that period — an indication of just how little impact Washington’s “war” has had on transboundary smuggling.

Read all of it here, including notes. / Dissident Voice

This entry was posted in RagBlog and tagged Drug War, Military, War on Terror. Bookmark the permalink.