And Mariann Wizard’s candle may have something to do with it. 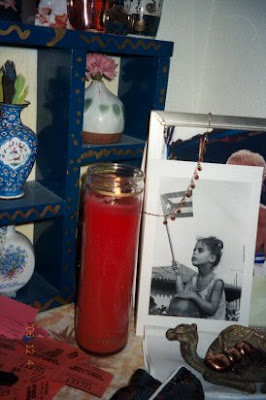 The only indication of a date on the video was a copy of Saturday’s edition of the Argentine newspaper Clarin, which Chavez carried.

The 80-year-old Castro, who has ruled Cuba since the 1959 communist revolution he led, ceded power to his brother Raul in late July before undergoing intestinal surgery. (Watch how the latest video differs from a previous one)

Castro has not been seen in public or on video since October, and the Cuban government has maintained secrecy about his condition, giving rise to widespread speculation about his fate.

Chavez told the Cuban state television program “Roundtable” that Castro was in a good mood and looked well Monday during their meeting.

The scenes that aired Tuesday showed Castro, dressed in a track suit, talking with Chavez, a close ally. The Cuban leader was shot from the waist up and could be seen standing but not walking.

Chavez said they spent two hours discussing various topics, including “the threats of the empire” — a reference to the United States.

A Spanish surgeon, who had visited Castro in December and works at the same hospital as the sources, dismissed the report and said Castro’s current condition shows “some progressive improvement.”

Read it (and see the video) here.