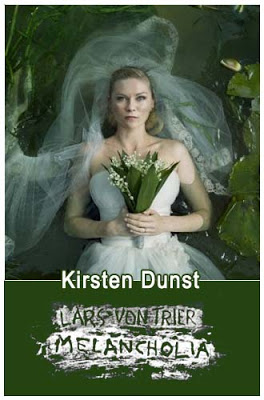 A crescendo of superlatives: Lars von Trier’s Melancholia opens with the most incredible cinematic prelude since Kubrick’s 2001: A Space Odyssey. The eight-minute scene encapsulates the film succinctly and symbolically: Birds’ fall from the sky, electric sparks fly from a woman’s hands. Horses melt into the landscape, and a planet once hidden behind the sun heads stealthily toward Earth as Wagner’s majestic Tristan und Isolde soars on the film’s soundtrack.

Cinema’s bad boy has returned. Two years ago, his controversial Antichrist, with its graphic scenes of sex and mutilation, created a scandal at the Cannes Film Festival. How could he not be invited back?

Melancholia is divided into two parts, each titled after the two sisters the film centers on: Justine (an amazing Kirsten Dunst) and Claire (Charlotte Gainsbourg). Part one begins with a newly married Justine and Michael (Alexander Skarsgård) arriving late for their wedding reception at the country villa of Claire and her husband, John (Kiefer Sutherland). The party is in full swing as friends, family, and employers are introduced through conversations, toasts, and erratic behavior.

But we quickly glean things are not what they seem from Justine and Claire’s divorced parents — Gaby (Charlotte Rampling) and Dexter (John Hurt) — each a piece of work. When John informs Gaby that her daughter is about to cut the cake, she retorts: “When Justine took her first poop, I wasn’t there. When she had sex for the first time, I wasn’t there, either. So, please, spare me your fucking rituals.”

A zany Hurt entertains two young women with his drunken antics, pretending to steal spoons from the banquet table. Incensed, John asks Claire, “Is everyone in your family stark raving mad?”

And is it any wonder that Gaby and Dexter’s daughter Justine is just as eccentric? She takes a nude moonlight stroll and has sex with a complete stranger on the villa’s golf course before the wedding cake has been cut. We learn that Justine is a manic-depressive and unable to cope with her demons or control her behavior. Dunst is amazingly good in this role that won her the best actress award at Cannes this year. (Gainsbourg won for Antichrist in 2009).

When the groom protests, “It didn’t turn out like I thought it would,” Justine taunts: “What did you expect?” All this is played out with a comic wink and a nod to Luis Buñuel’s dinner party in The Exterminating Angel and Kubrick’s Eyes Wide Shut Christmas party.

Part two, “Claire,” is set several months later. In the interim, the now visible planet has veered closer to Earth than expected. Or has it? Claire, John, and their son Leo (Cameron Spurr) react differently to the suspense. John, an overbearing dilettante and amateur astrologer, is convinced the Melancholia will miss earth, but will provide a grand spectacle of immense beauty as it passes by. Still, he has gone into the village for emergency provisions and medication in case the unthinkable occurs.

Claire Googles doomsday scenarios. Their son has created a wire gauge to measure if the planet is approaching or retreating. Cut off from civilization in their isolated villa, replete with all the inspiration and reassurance the arts (Millais’ Ophelia and Breugel’s The Land of Cockaigne are referenced) and science can offer, these will nonetheless provide little solace as the rogue planet enters its collision course with Earth.

It is to the villa that Justine returns in a near catatonic state, unable to care for herself. But the impending event has a profound effect on her. She begins to regain her strength and spout warnings like a latter-day Cassandra: “Life is only on Earth… and not for long.” She teaches her sister and her nephew to accept the cataclysmic event.

Melancholia is part science fiction, part meditation on our final days on earth. There are no generic newscasts or newspaper alerts of the impending disaster (think M. Night Shyamalan’s The Village); this is a fable, not a docudrama. It isn’t so much about outer space as it is inner space. This is an apocalyptic movie without the trappings we come to expect of the genre. Instead, Von Trier gives us genuine human emotion and strength in the eye of annihilation.

[Gregg Barrios is a journalist, playwright, and poet living in San Antonio. Gregg, who wrote for The Rag in Sixties Austin, is on the board of directors of the National Book Critics Circle. This article was first published at Plaza de Armas. Contact Gregg at gregg.barrios@gmail.com. Read more articles by Gregg Barrios on The Rag Blog.]