Fixing the Economy : A Comprehensive Plan from Progressive Economists 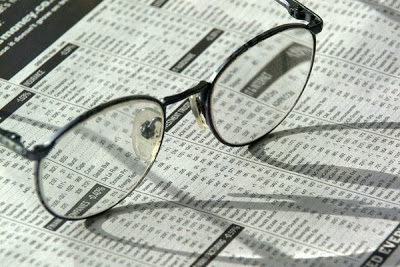 We deny that there is any conflict between the need to get the economy moving again by creating jobs, and the long term goals of green technologies, national health insurance, and a fairer distribution of income. In fact, higher wages permit households to spend on goods without going more deeply into debt.

See the report, ‘Principles for Economic Recovery and Financial Reconstruction from Progressive Economists,’ Below.

In early January, I joined with other like-minded economists in putting together “A Progressive Program for Economic Recovery and Financial Reconstruction”. A short version was submitted to the Obama Transition team. It is published below, and is available on the web site of the Political Economy Research Institute.

The crucial element in our proposal is to oppose short term “fixes” to, in effect, hit a RESET button on a well-functioning economic machine. Instead we call for policies that allow people to stay in their homes – even if mortgage holders take a bath in the process; that help workers raise wages (rather than, for example, solving Detroit’s problems by forcing the UAW to take pay cuts); that fully regulate the financial sector so it becomes a source of credit, rather than a series of Ponzi schemes to make money seemingly out of thin air.

We deny that there is any conflict between the need to get the economy moving again by creating jobs, and the long term goals of green technologies, national health insurance, and a fairer distribution of income. In fact, higher wages permit households to spend on goods without going more deeply into debt. Investment in technologies that will help free us from fossil fuel dependency would have significantly greater employment impact than tax cuts. Spending significant sums of money now to start the process of universalizing health insurance availability will pay off in the near future by freeing American business from the crushing burden of high premium costs for workers.

This is one example. Imagine if the Obama Administration were to borrow whatever billions it took to re-tool medical information infrastructure so that all records were electronic and available to any health-care professional at the click of a mouse. Storage and duplicating costs would fall dramatically. In the first year, there would be a big increase in spending, but over time, the investment would pay off.

Some might ask, how can we afford this, when the government is already running a $1 trillion deficit? The answer is this: when private investment is falling because business has lost confidence; when consumers are cutting back spending because they cannot get credit and they’re worried about the future; when foreigners are not buying as many American goods as they did last year because their economies are in recession, government borrowing is not only possible, it is ESSENTIAL.

During World War II, the US got out of the Great Depression and the deficit reached 30% of GDP in 1943. Spending an extra $600 billion per year for the next few years (as of mid-December the Obama team was projecting about $850 b. over two years – significantly less than I believe will be necessary) would raise the deficit to only 7% of GDP.

In reality, the size of the deficit is not a problem in the context of low spending from the private sector. The important thing is for the spending to be useful so that when the economy does recover, there will be important changes in place: a national health insurance system that is saving money by controlling costs, new green technologies that are reducing our dependence on expensive fossil fuels, and significantly improved infrastructure – especially in transportation. That would be change we can all believe in!

Principles for Economic Recovery and Financial Reconstruction from Progressive Economists

The global economic crisis is rapidly worsening, while the incoming Obama administration is intensively developing plans to ward off economic catastrophe. In this atmosphere of hope and tremendous uncertainty, a group of progressive economists met on November 21, 2008 at the New School for Social Research in New York for a discussion, sponsored by the Political Economy Research Institute and the New School’s Schwartz Center for Economic Policy Analysis, with financial support from the Ford Foundation. The goal of the meeting was to develop macroeconomic and financial policies for economic revival that can solve the short term crisis and help put the economy on a sustainable path toward widely shared prosperity. The statement of principles below evolved from that discussion.

As of December 2008, the United States and the entire world face the prospect of an economic disaster unseen since the Great Depression. Swift and coordinated action by the Obama admin-istration, other national governments and international financial institutions can stave off these crises if the action is boldly directed at serving the needs of people and communities, rather than protecting the failed institutions and practices of the past that helped create the crisis.

So far, the Bush Administration and Congress has spent over $1 trillion to protect bank and credit solvency, with the hope that these funds would trickle down to the rest of the economy. This represents an attempt to “hit the re-start button” and restore the economic trajectory before the crisis hit. But this policy has failed, as major financial institutions have hoarded much of the cash and used the funds to continue their decades-long policies of taking-over other banks and paying lavish salaries.

The Obama administration has signaled a desire to take swift action, and to do “whatever it takes” to restore economic health. We support many of these policies. But to succeed, Obama’s program must promote a fundamental reversal of direction and reject financial bail-out policies. Instead, the prosperity of families and transition to a green economy should be front and center. The full set of economic policies should aim to reverse trends toward stagnating wages, extreme inequality and growing insecurity, and move our economy away from the debt-driven spending booms that have characterized the past decades. Only then will the U.S. achieve sustainable and widely-shared growth.

We reject the notion that President-elect Obama and his administration put on hold its plans to reform health insurance, reduce U.S. dependence on fossil fuels, raise the minimum wage and facilitate the ability of workers to organize into unions. While as economists we understand that there are often important trade-offs in economic affairs, we believe that embedding these longer term goals into policies for short-term economic recovery will not only make it more likely that the longer run goals will succeed, but will also greatly enhance the effectiveness of efforts for short term recovery. Plans for bailout or reconstruction that leave out most of the population are neither good economics nor sensible politics.

Many examples illustrate this point. Raising the minimum wage allows more households to spend on goods without going into more debt; investments away from fossil-fuel dependent technolo-gies have greater employment impacts than other types of macroeconomic policies, such as tax cuts; dramatically reducing health care costs will go a substantial way to helping to make U.S. car companies and other American businesses more competitive and allow them to both weather the current storms and achieve competitiveness over the longer term.

Not only will delaying needed economic transformation make the recovery program less effect-tive, it will undermine the possibilities for required transformations themselves. The costs of the economic recovery program will be large. Eventually, the government will have to moderate its spending on these programs relative to the size of the economy. If the initial money has not been spent on green investments, creating decent jobs, providing a social safety net for children and families, and investing in needed infrastructure, then budget demands might require that the money will never be so spent. For these reasons, it is necessary that the key investments and institutional changes be part of the recovery and reconstruction program from its inception.

The government must use this moment and the levers of regulation and control that govern-ments are accumulating at high social costs to restructure finance so that it serves the needs of society and the real economy. Re-privatization of financial institutions taken over by the government (such as Fannie Mae and Freddie Mac) must not be the default option. Retaining government stakes and exerting more government control in financial corporations may be the best option for insuring that financial firms operate in the best interests of the society.

The arrangement where the U.S. serves as the buyer of last resort and the rest of the world serves as the dollar accumulator of first resort cannot any longer be the basis for the long-run trajectory of the global economy. During the economic crisis, implementing a recovery program in the U.S. in which the current account deficit remains large or even grows, will be necessary (though the program can only succeed, as we have argued, with coordinated global fiscal stimulus measures.) But in the long-term, it is neither feasible nor desirable for the rest of the world or the U.S. to continue playing these roles.

Establish Hearings on Causes of the Current Crisis and Regulatory Reform

Instituting these complex major changes in regulatory and economic structure require intense and structured public dialogue. To institute them, Congress should establish a set of comprehensive hearings and a select committee to organize the inquiry and discussion modeled, for example, on the “Stock Exchange Practices Hearings” conducted by the Senate Banking Committee between 1932 and 1934. Popularly known as the Pecora Hearings after the Committee’s special counsel Ferdinand Pecora, this investigation looked into financial industry practices that helped trigger the Great Depression and provided a documentary record, a coherent narrative and a forum for public education that were critical to building the framework of financial regulation and super-vision that emerged from the New Deal.

These hearings could tackle some of the longer run regulatory and management issues that must be addressed, including the following:

This list only begins to address the outstanding questions that remain to be answered in order to get to the root of our financial system’s devastating flaws and to provide the basis for a system that will be much more efficient, stable and fair.