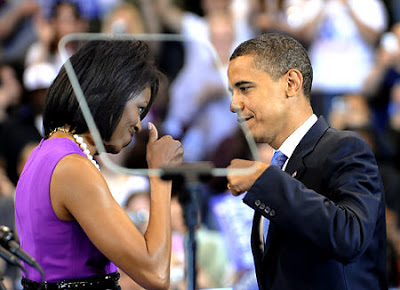 For the third time in less than three weeks, Fox News Channel has had to acknowledge using poor judgment through inappropriate references to Senator Barack Obama.

The network has released a statement saying it should not have referred to Mr. Obama’s wife, Michelle, as “Obama’s Baby Mama,’’ as it did on Wednesday in an on-screen headline commonly called a “chyron.”

“A producer on the program exercised poor judgment in using this chyron during the segment,” Bill Shine, a Fox News senior vice president, said in a statement.

The chyron appeared during a discussion between the conservative columnist Michelle Malkin and the Fox News anchor Megyn Kelly about political attacks against Mrs. Obama. It read in full, “Outraged Liberals: Stop picking on Obama’s baby mama!” It was first publicized on Wednesday by Alex Koppelman of Salon.

The Oxford English Dictionary defines the term as one “chiefly in African-American usage” that refers to, “The mother of a man’s child, who is not his wife nor (in most cases) his current or exclusive partner.”

Earlier this week, the Fox News anchor E.D. Hill had apologized for raising the possibility that the Obamas affectionate fist bump during the senator’s victory rally in St. Paul on June 3 was “a terrorist fist jab.’’ Two weeks prior, the Fox News analyst Liz Trotta said she regretted making a joke about a possible assassination of Mr. Obama.

Her mea culpa followed that of former Gov. Mike Huckabee of Arkansas a week earlier after he made a similar crack at a gathering of the National Rifle Association.

In other news, Fox News Channel announced today that it was hiring Mr. Huckabee as a contributor.