From the Front Lines – Paul Crassnerd 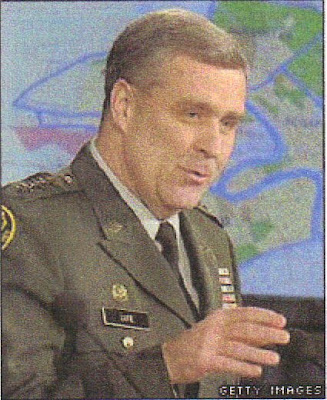 Contacted in Baghdad’s Green Zone, Lt. General David Petraeus, the four-star general commanding all US forces in Iraq, was asked how he felt about having a three-star general commanding him, and if he was aware of a precedent for such a command structure, or if it were even a legitimate and recognizable command under current military protocol. 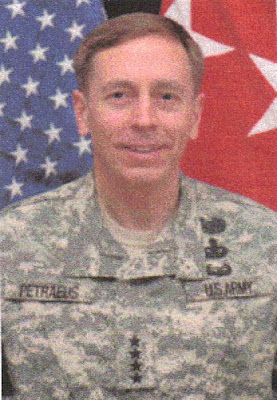 “What in the world is this?” asked the Marine general. “You’re kidding, right?”
Asked for clarification, General Petraeus seemed stunned. Then this reporter asked the general if he thought the appointment could have anything to do with his statement of a month ago that the war in Iraq did not have a military solution.

“I’ve been asked to clear all my future statements about the war through White House Deputy Spokesperson Dana ….. Dana ….. whatever,” said Petraeus. 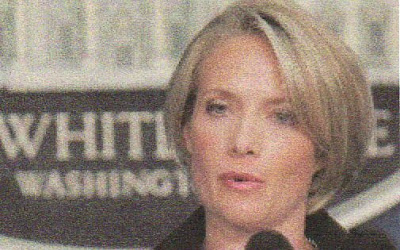 The War Tsar position will, in turn be overseen by the position of War Emperor (WE). Chosen Wednesday by President Bush to fill the WE role was Brigadier General Richard Nofzinger III, a former Texas National Guard motor pool maintenance specialist originally from Nubuck, Arkansas. 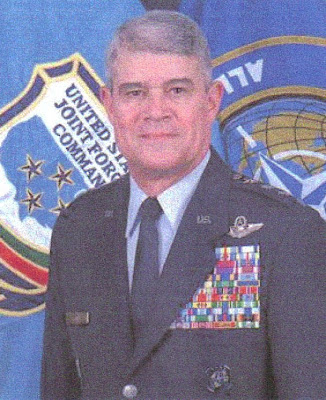 The War Emperor position will, in its own turn, be overseen by a third-level oversight position to be known as the War Omnipotent Enlistee (WOE), announced Gen. Nofzinger. That role will be filled by an enlisted man to be chosen from among recent enlistees, said the WOE.

Asked by this reporter if that meant WE will be led by WOE, and whether responsibility for US wars in the Middle East seemed to be becoming something of a political hot potato, Gen. Nofzinger replied obliquely. “Well, you got an enlisted man, you got someone you can actually pin something on who can’t, you know, fly a plane into Camp David, and say, ‘Hey, dude, we gotta talk about this'” he noted.

“Besides, you don’t hear a lot about Alberto Gonzalez on a day like today,” he said. “Most news anchors are talking about why the President used the old spelling for Czar.”

“But wasn’t Alberto being left to twist slowly in the wind so we wouldn’t hear a lot about Iraq?” asked Gen. Lute.

At this point, Generals Lute and Nofzinger excused themselves.

“We go in search of that elusive leader who will take responsibility, not just assume command,” said Lute.

1 Response to From the Front Lines – Paul Crassnerd