Gary Chason on His Life in Independent Film 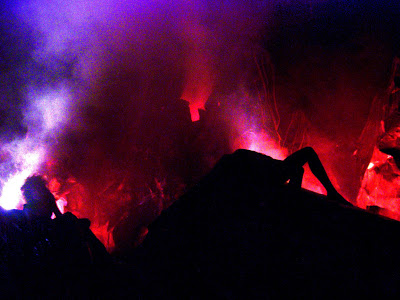 [Gary Chason is an Austin-based filmmaker, screenwriter, actor, casting director, playwright, stage director and acting teacher. He also is a contributor to The Rag Blog.]

Rejection letters from film festivals always tell you about the thousands of entries they received. And I’m not talking about short subjects either. Feature-length narrative motion pictures are being produced at an unprecedented rate all over the globe. The days when aspiring storytellers wanted to write the great American novel are long gone; now they want to make a hit movie.

Independent filmmaking has been around for as long as the medium has existed. The early independents were experimentalists, searching for the possibilities the medium contained. The fundamental principles of narrative film structure – which we now take for granted – were developed through such experiments. Dali and Bunuel were early pioneers, as was Andy Warhol’s group at the Factory. Independents often made horror genre films because they had the best chance of returning the capital investment. A few, like John Waters, explored highly controversial story lines and themes. Regional legend Eagle Pennell made idiosyncratic films that reeked with authenticity, concentrating on deluded losers and alcoholics and making us care about them as people. And, tortured artist that he was, no doubt used his work to grapple with his own demons.

In recent times, the Hollywood studio system has capitalized on the interest generated by independents, churning out their own “independent” features. Numerous subsidiaries, with studio backing, have taken on the mantel, and subsequent cachet, of independence. Their product, however, lacks the necessary spirit to be included in the movement. The authentically independent filmmaker works outside of the establishment, uses mostly unknown actors, avoids the standard formulas of genre films, and pursues themes, story lines, and subject matter that are clearly outside the mainstream. They make films that Hollywood wouldn’t – or couldn’t – make. And they do it because they are driven by their passion for the work, which makes them a part of the ancient tradition of the artist.

But why are so many features being created now? The digital revolution is the empowering phenomenon here. You can buy or rent an excellent camera very cheaply, or, if you’re clever enough, you can borrow one. Write a script, get some actors together, pick up some tape, and away you go. And you can edit it on your laptop while sipping latte at a coffee house. So the “Suits” no longer hold the keys to the toybox.

The bad news is that a whole lot of dreadful movies are getting made. The good news is that amidst all the crap there are some real gems, films that would never have been made a few years ago because the costs were prohibitive. This has spawned a new generation of filmmaker with a fresh set of priorities, and an aesthetic that often departs radically from Hollywood dogma. (BTW: it is acceptable to use the term “film” even if no actual film was ever involved. “Digital filmmaking” and “digital cinematography” are standard terms.)

Film – especially its main format, 35 millimeter – is still the gold standard. But that won’t last long. In only the second or third generation of high definition, digital cameras have already achieved resolution equal to 35 mm (The Red One Camera), and there’s no end in sight. They are smaller and lighter than film cameras, and they can also record audio, which is automatically synchronized with picture. With film, you have to use two separate machines and then sync audio to picture at the lab.

And that’s another thing: no lab costs. The price of film is high enough – approximately fifty dollars a minute for raw stock – but by the time you get it processed at the lab, printed, and synchronized with the sound, it’s double that amount. And you haven’t done any editing yet. Since it’s fairly normal to shoot ten times as much as you will ultimately need, you reach six figures just on stock and processing. And that’s not counting props, wardrobe, lunches, talent fees, etc.

Low (and No) Budget Wonders

I acted in a lead role in a digital feature, Dear Pillow (Bryan Poyser – Writer/Director), which was produced on a modest grant. It played at festivals all over the world and is currently for rent or sale through the standard outlets. Another, The Puffy Chair (DuPlass Brothers), was made for about the same amount and it got a theatrical release, launching the filmmakers, who now live in L.A. and who are rumored to be lining up five more features. Similar projects are in the works all over the world. None of this would have happened prior to the digital revolution. 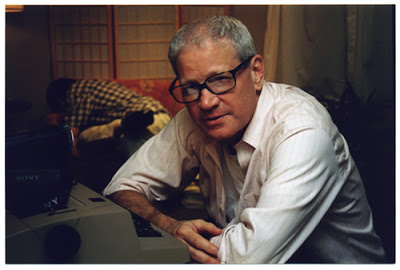 I made my first feature as a Writer/Director, Charlie’s Ear, in the early nineties when film was the only viable option. It required three years of full-time work to cobble together the unwieldly sum it took to make the picture. Just succeeding at that was a miracle in itself, but it was the only way and I was absolutely determined to get it done no matter what. That, and I was lucky to have excellent partners and associates.

In the end, it was beneficial to learn all aspects of the process, from the legalities of equity capital to the delivery schedule required by distributors, and everything in between. I was already skilled at production from my days in the theater and as a Casting Director (The Last Picture Show, Paper Moon, Pretty Baby, Paris, Texas, etc.), so I had to learn about labs, sound design and mix, timing (now color correction), and much more.

I was at the cusp of the digital age. I used the earliest “non-linear” (a term now passé) editing system in a hybrid with the old-fashioned method of literally cutting and taping together strands of workprint film. It screened for the first time at the Independent Film Market in New York, barely dry from the lab, and snagged a deal. Sadly, the distribution company went belly up before they could release the picture. I got it back, along with some greatly appreciated cash. It played at SXSW in ’94 and so impressed the management at the Dobie Theater in Austin that it got booked there for a short run. It also won all the top awards at the Madrid Festival and the Critics’ Prize at Mannheim. But that was the end of the road. It is not available for rent yet. I expect that it will be at some point in the future.

It’s a dark comedy about a middle-aged schlub (Austin Pendleton) who comes home from work one day to find two guys in his apartment who claim to be working for him. To do what? They say that he hired them to kill his wife. From there, we’re off and running through a story that is full of surprises, turning on itself repeatedly, before ending much the way it began, with the main character’s anger and self-loathing.

Eventually I wound up in Austin, Texas, a veritable hotbed of digital filmmaking and the ideal place for doing my thing. Shortly after arriving in town, I produced and directed another feature, Everything or Nothing, making full use of the latest HD technology. I was able to use the money that otherwise would be spent on film to enhance production values in hundreds of ways – including casting a Los Angeles semi-name actress, Natasha Melnick, in the lead role. Natasha was in Freaks and Geeks, Boston Public, and other TV shows.

It’s about a young girl, orphaned by murder-suicide, who grows up to be a prostitute and heroin addict, and her struggles to get her life straightened out. The film is still finding its way through the festival circuit, and has a distribution offer on the table which hasn’t been, as yet, executed. It should be available for rent in a year or so. 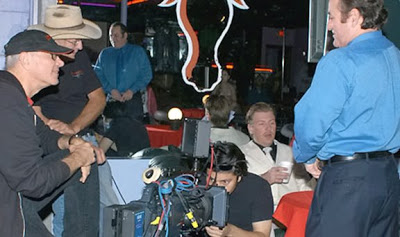 My latest opus as Writer/Director, God Thinks You’re a Loser, just had a cast and crew screening and is being entered into festivals now. It is about three losers on the elevator to Hell, flashing back to reveal why they are condemned and then following them to their destiny. It is way out of the mainstream, definitely a picture that the studios would not make. It is, like Charlie’s Ear, a very dark comedy. Actually, it has been more accurately described as a perverse comedy. And it is experimental in its approach, a deadly sin in the minds of the Suits, but definitely in keeping with the experimental, avant garde theater I cut my directing teeth on.

Since I didn’t have to answer to studio committees – the lunatics were running the asylum – I was able to create a unique visual style, in the manner of comic books. Rather than imitate the look and feel of film, which is usually the case with movies that originate on videotape, I embraced digital technology to create vivid imagery that would be difficult, if not impossible, to duplicate with emulsion. Low budget indies are usually naturalistic in style. I chose to be expressionistic.

The picture doesn’t shy away from being blatently polemical either. It is, in fact, a moral fable, taking the stand that morality has to do with how we treat others. Drug use or sexual activity with a consenting adult, no matter how perverse, won’t get you in trouble. No. A “sin” is to bring harm upon another person. In the Hell of my imagination, the harmful things you have done to others are done to you, over and over, in a kind of karmic reprogramming. Sick and disturbing to be sure, but nevertheless very funny.

The rationale for such radical choices on my part? The glut of product in the marketplace, as so eloquently expressed in those rejection letters from festivals. With so many films vying for attention, to be different – unusual, weird, wacky, zany, schizo – should prove to be a big asset. And besides, I wouldn’t have it any other way because I’m fiercely independent!

Go to God Thinks You’re a Loser for preview, clips and stills.

Gary Chason was a contributor to The Rag, Austin’s sixties underground newspaper and forerunner to The Rag Blog. Here is his listing on the Rag Author’s Page.