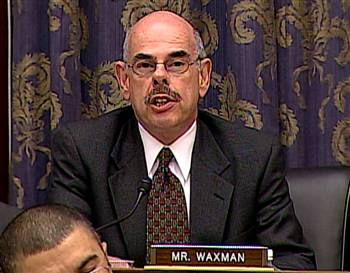 Waxman: “It may well turn out to be the largest war profiteering in history.”
BBC uncovers lost Iraq billions
By Jane Corbin / June 10, 2008

A BBC investigation estimates that around $23bn (£11.75bn) may have been lost, stolen or just not properly accounted for in Iraq.

For the first time, the extent to which some private contractors have profited from the conflict and rebuilding has been researched by the BBC’s Panorama using US and Iraqi government sources.

A US gagging order is preventing discussion of the allegations.

The order applies to 70 court cases against some of the top US companies.

While George Bush remains in the White House, it is unlikely the gagging orders will be lifted.

To date, no major US contractor faces trial for fraud or mismanagement in Iraq.

The president’s Democratic opponents are keeping up the pressure over war profiteering in Iraq.

Henry Waxman who chairs the House Committee on Oversight and Government Reform said: “The money that’s gone into waste, fraud and abuse under these contracts is just so outrageous, its egregious.

“It may well turn out to be the largest war profiteering in history.”

In the run-up to the invasion one of the most senior officials in charge of procurement in the Pentagon objected to a contract potentially worth seven billion that was given to Halliburton, a Texan company, which used to be run by Dick Cheney before he became vice-president.

Unusually only Halliburton got to bid – and won.

The search for the missing billions also led the programme to a house in Acton in West London where Hazem Shalaan lived until he was appointed to the new Iraqi government as minister of defence in 2004. 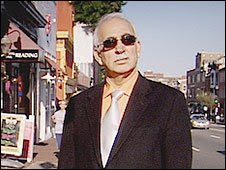 Judge Radhi al Radhi: “I believe these people are criminals.”
He and his associates siphoned an estimated $1.2 billion out of the ministry.

They bought old military equipment from Poland but claimed for top class weapons.

Meanwhile they diverted money into their own accounts.

He said: “I believe these people are criminals.

“They failed to rebuild the Ministry of Defence , and as a result the violence and the bloodshed went on and on – the murder of Iraqis and foreigners continues and they bear responsibility.”

Mr Shalaan was sentenced to two jail terms but he fled the country.

He said he was innocent and that it was all a plot against him by pro-Iranian MPs in the government.

There is an Interpol arrest out for him but he is on the run – using a private jet to move around the globe.

He stills owns commercial properties in the Marble Arch area of London.

This entry was posted in RagBlog and tagged Corruption, Iraq. Bookmark the permalink.