The Yuli Gurriel-Yu Darvish story made this World Series even more glorious. 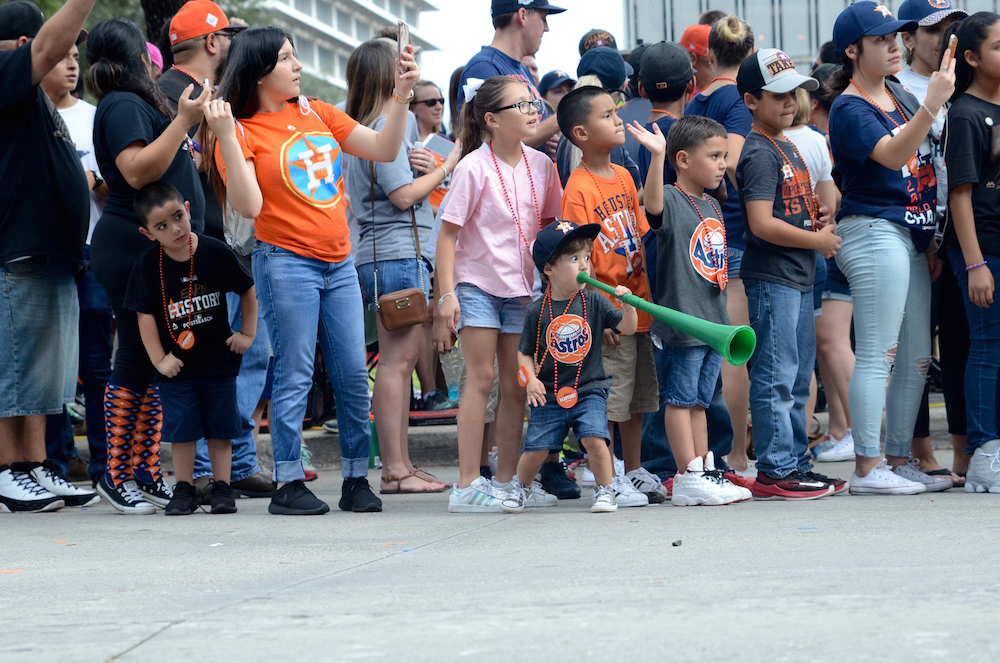 There was an inspiring American moment in the first inning of the seventh game of the 2017 World Series. Well, to this fan there were many. But, one stands out.

Before stepping to the plate for his first at bat, Astro Yuli Gurriel paused, and with a look of contrition in his eyes, tipped his helmet to Dodger pitcher Yu Darvish. Darvish then stepped to the front of the mound and nodded in recognition of Gurriel’s gesture.

After hitting a home run off Darvish in game three of the series, Gurriel, who defected from Cuba in 2016, returned to the Astro dugout and made a racist gesture mocking Darvish. It was caught on camera. Gurriel has been suspended for the first five games of the 2018 season.

Dodger fans didn’t really notice Gurriel’s gesture of apology. They kept on booing his appearance at the plate. They will be booing Gurriel whenever the Cuban baseball star returns to LA. It’s understandable. Gurriel earned the boos. And, sports fans aren’t all that forgiving. In sports, once villains and heroes are chosen, they tend to stay in those roles. Think professional wrestling. Sadly, it can be true even in the purest of American sports, baseball, as it can be true away from the many fields of play.

Let’s return to that moment in the seventh game.

A Cuban, just recently come to America, had previously made a racist gesture toward a man of Japanese and Iranian descent. A few days later, the two again face each other on the baseball diamond. And there, under the stadium lights, they pause and exchange weary looks of understanding.

It was a kind of national anthem in mime.

I found it to be a special gift in a world series that fulfilled a lifelong dream: for the first time, the Astros became champions of the baseball world.

I grew up a Sting-Ray bike ride from Colt Stadium and the Astrodome.

See, I grew up a very short Sting-Ray bike ride from temporary Colt Stadium and the Astrodome, the first homes of these Astros. My friends and I watched the huge hole being dug that was soon to be topped by the Dome. We knew every nook and cranny of that place. One time a gang of us almost got caught sneaking into the visitors’ clubhouse (the Mets were in town). Two of us escaped the long arm of the stadium law because we knew to hide under the suspended concrete walkway to the dugout.

My father bought four season tickets for the Colt 45s’ first season in 1962. He took me to the first game. I was eight. I remember seeing legendary Chicago Cub star Ernie Banks before the game, standing by the first base line with a bat in his hand.

My family’s small business, now run by my little brother and his son, still retains those four box seats. We are, it seems, the Astros’ only season ticket holders who have held their seats continuously over 56 years.

I will never forget the wondrous events of this World Series.

My brother and I were asked to raise the Astros flag in center field at the team’s 50th Anniversary Celebration. So, you can imagine that I will never forget the wondrous events of this World Series. They are already playing in my head like scenes from an all-new, private version of the Robert Redford film, The Natural.

You would be wrong if you think I’d rather not have those memories marred by Gurriel’s crude gesture and its aftermath, surely what many regard as episode best forgotten. This might be especially so in regard to a Series considered one of the most riveting ever played.

No, we should savor the Gurriel-Darvish story because it made this World Series even more glorious.

In America, on the baseball field, in the deciding game of a World Series, two men of America’s coat of colors, beyond Astro orange and Dodger blue, showed us all what forgiveness and civility could look like.

We don’t have many of those public
moments these days.

We don’t have many of those public moments these days, although we have plenty of ugly incidents that should call them forth.

Gurriel, born in Cuba, and Darvish, born in Japan, found themselves on the ball field in America at this particular time, as white nationalism appears to be a thing again, as xenophobic immigration bans are once again debated, and as racial tensions rise.

Imagine what must have passed between their eyes as, again, at this particular time, they stood closer than 90 feet to one another, aware they were being watched by millions across the globe. I’m thinking that along with respect and forgiveness, their eyes said something like, “Yeah, I know.” And then, “Let’s play ball.”

This article was first published at Quorum Report and was cross-posted to The Rag Blog by the author.

[Noted Democratic strategist and Rag Radio political analyst Glenn Smith is the director of Progress Texas PAC, an op-ed columnist for the Austin American-Statesman, a columnist for Quorum Report, and a former political reporter for the Houston Chronicle and Houston Post — and he managed Ann Richards’ winning 1990 Texas gubernatorial campaign.]