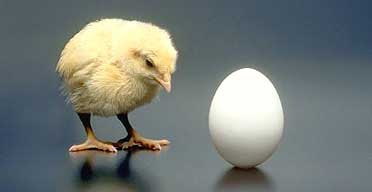 Confronted on Tax Day by satellite visions of free market capitalism led by the American Tea Party, global investors began to exit the building. A 34-point drop in the Global Dow on April 16 was followed by a 42-point fall on April 27 and a plummet of 170 points during the first week of May. Now with a lavish bailout in Europe — of the financiers, by the financiers, and for the financiers — investors are retracing the exit steps.

As the cash value of capitalism fell from the shelf of a shaky rally, precisely in alignment with the televised prognostication of Steven Hochberg at Elliott Wave International, heavyweight voices at the Capitalism Knows Best Channel (CNBC) were pleading for a “new normal” that would allow each and every one of us the time and earnings we needed to pay back everyone we owed.

Restructuring is the magic word that signifies the best hope for the consciousness of the creditor classes that they can have their debt bubble and eat it too. Restructuring is the middle term that makes possible the conclusion of a “new normal” whenever the premise turns out to be California or Greece.

It hardly matters whether you favor the private sector or the public. As Robert Prechter has amply documented, social mania has been pervasive, and on his account it could not have been otherwise. Whether the party in power was Democrat, Republican, Conservative, Labor, Socialist, Enron, Madoff, or Lehman, everybody grabbed at least one imminent duty and placed it on the pay-later plan.

My Aunt Billie who learned her personal finance skills from the Great Depression warned me early in the 1970s that there was something wrong with the baby boom’s approach to dollar bills. For better and worse, prefigured by Joplin, Hendrix, and Morrison, we winged our boom-time destiny straight into the flame.

If there is to be a process of social healing during the debt detox that lies ahead, as all the junk gets flushed down the world commode, a certain maturity will demand acceptance of the pain that comes with any withdrawal of toxic needs.

And if fortitude will be needed from debt payers, then debt collectors also should confront their complicity in a relationship that long ago showed all the symptoms of codependency. On all fronts public and private we have built a world house of debt. Not only the users of toxic assets, but the pushers, too, need to go through their social share of pain in the coming adjustment to sober living.

One annoying aspect of the Tea Party movement is how it pretends to stand apart from the history that got us here or the pain that will get us out. Scapegoats are most necessary where self-guilt is most threatening. Whose wealth have you been counting on? Whose humanity was the source of that wealth?

If the new Parthenon of the global economy is to be a project of collective restructuring, the creditor class must renounce all ideologies that apologize for debt slavery. The world became addicted to debt partly because there were pusher-men eager to get everybody hooked.

As signified on May 5 by the spinning-top candlestick on the S&P chart, we were transfixed in realization that all the debt in this life might never be repaid. Or if it could be repaid it would take so long as to be systemically demoralizing. Alienation is the word Marx used to name lives confined to other people’s motives for profit. Indeed, that spinning-top candlestick appeared on the occasion of Marx’s 192nd birthday — the day of the Greek uprising.

Once a person or generation realizes they have sold themselves into slavery, are they required to keep the contract? And if the lender could foresee the whole slavery debt coming, wouldn’t we call it predatory? Therefore, in the name of a crash and recovery that shall not be the re-alienation of the debtor classes, some systematic reduction in accounts receivable is one thing the “new normal” will require.

Arcane financial instruments called the Credit Default Swaps (CDS) are finally explainable on these terms. Invention of the CDS by JP Morgan in 1995 was a symptom that the system as a whole had gone debt-aholic. The CDS was the class consciousness of debt pushers acting out, insuring each other against the prospect of their junkie clients collapsing from under the weight of delivered services. It was a scheme that presumed dollars themselves would be reality enough to sustain all value in the aftermath of a pusher economy.

Creditor classes have developed pretty good notions of what they expect the debtor classes to give up: things like retirement. In return (pun or not) debtor classes have the inalienable right to remind bond holders of something Poor Richard nearly said: never mark a chicken to market before it’s hatched. 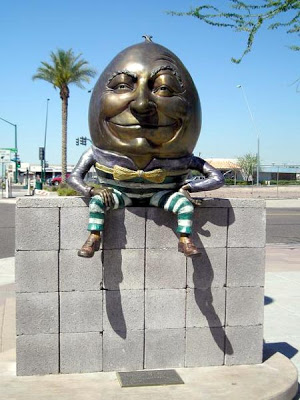