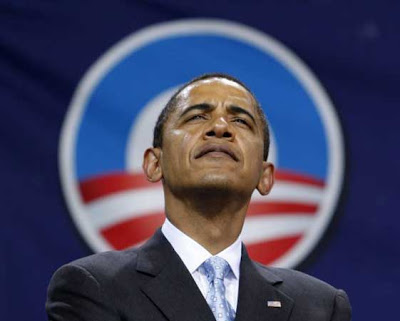 Photo from The Guardian, U.K.
The story so far:
Achievements and disappointments
during the Obama years

I am an inveterate watcher of MSNBC, the “liberal” end of the “mainstream” media spectrum. Reflecting on the last two years of American political life, often through their eyes but also through other mainstream media outlets, I have been fascinated by the swings in interpretation of the performance of the Obama administration and Congress.

During the campaign, Obama was doomed several times, according to the media, by such crises as the remarks by Reverend Wright and Obama’s alleged snobbish rendition of the flaws of working class consciousness. On the other hand, the media presented Obama as the savior of the United States reputation overseas, the committed anti-war activist, the environmentalist, union supporter, and the African American candidate who could bring the country together in a post-racial era. We cried as the President-elect celebrated victory with the slogan “Yes We Can.”

Within a month of Obama’s entering office riding a massive swing to the Democratic Party in the House and Senate, media pundits were speculating about an historic shift in national politics and whether it would equal the transformation of political life that occurred in the 1930s.

But then, the Obama administration and its allies in Congress began to experience roadblocks in efforts to provide an adequate economic recovery stimulus package and to radically reform health care. Climate change legislation and pro-union legislation went off the table. Congress and the White House launched a two-year discussion about ending discrimination against gays in the military.

And most important, economic recovery, jobs, and growth stalled. To top it off, after an extensive in-house review of United States foreign policy toward Afghanistan, the Obama administration chose to escalate U.S. military involvement in that country.

Media frames shifted dramatically (in all but the right wing Fox empire which was hostile all along) from the new political alignment in American politics to discussions of incompetence in Congress, Obama’s inability to lead, Obama’s reluctance to go back out to the people to mobilize support for his policies, to critiques of Obama’s strategy of compromising with the right wing in Congress even before negotiations begin.

Then the Tea Party emerged. The American politics in crisis frame dominated stories, at least on television. Names like Sarah Palin, Sharon Angle, Christine O’Donnell, Jim DeMint, dominated the news. While anger and frustration were real, particularly with the enormous economic suffering, the media exaggerated the strength of the Tea Party movement. And on November 2, the elections showed a dramatic shift to the Republican Party at the national and state levels. The savior of our economic and political life of 2008 had become, as the media told us, the pariah of 2010.

After the elections, right wingers licked their chops eagerly waiting for 2012 and the prospects of electing representatives of the ruling class who would return America to the Gilded Age. Many progressives saw in the Obama presidency and the Democratic Party majority future adversaries, not potential allies for change. And many, particularly youth, were seen as losing their enthusiasm for any and all politics.

Finally, liberals, including Obama, claimed that the answer to the “shellacking” of 2010 was more compromise with Republican foes in the future. No one thought the “Lame Duck” session of Congress, November and December 2010, would create anything other than stalemate and acrimony among the two parties and a further sense of despondency among the progressive majority.

But to everyone’s surprise, Congress, led by Obama, secured passage of the repeal of the Don’t Ask Don’t Tell policy that discriminated against gays in the military. The Senate passed the Strategic Arms Reduction Treaty (START) and Congress passed legislation giving some financial support to 9/11 responders who are suffering from health infirmities resulting from their rescue efforts.

And, in addition, Obama, almost despite his Democratic colleagues in the Congress, secured a piece of mega-legislation that extended Bush tax cuts to the super-rich but also the vast majority of Americans, continued unemployment insurance for those out of work between 26 and 99 weeks, saved Pell grants for needy college students, and added additional tax breaks for worthy and unworthy purposes.

However, Congress resisted passing the DREAM Act which would have provided a path to citizenship to young people who came to the United States without papers, attended college, and/or enlisted in the military.

The Lame Duck session since mid-December has been touted as an enormous victory for progressive forces. MSNBC commentators have begun to say that maybe they had been too harsh on Obama all along. Reviewing the list of legislative accomplishments and executive orders since 2009, they have concluded that this has been the most activist (and progressive) period in American political history since the days of Lyndon Baines Johnson.

For some, the most recent victory, DADT repeal, symbolizes the slow but dogged determination of an administration that must struggle against dysfunctional legislative hurdles to achieve any success at all.

So now the media frame, everywhere but FOX, Limbaugh, and the rest of the neo-fascist crowd, is back to Obama the crusader, and Democrats the progressives.

What to make of all this?

Well from the standpoint of building a progressive majority, the incumbent administration has made some significant advances. Several policy changes, such as reauthorizing U.S. aid to international agencies that provide family planning advice, remain below the public radar.

Repeal of DADT is worthy of celebration. Support for 9/11 responders is basic to a humane society. Some health care reform is better than none. Pell Grants need to be extended if we do not want our colleges and universities to be populated only by sons and daughters of the wealthy. And the inadequate economic stimulus package saved jobs and whole industries, such as auto.

But the other side of the story is instructive. This administration has participated in tax reduction for the super wealthy, froze wages for federal employees, did not struggle to save unemployment for the 99ers, has signed off on a U.S./South Korean trade agreement that Lori Wallach of Global Trade Watch claims will be of the magnitude of NAFTA. In essence, U.S. and South Korean workers will be the victims of an agreement that reduces barriers to capital flight and financial speculation.

While this list can be expanded, I only add that the foreign policy agenda of this administration has been one of extending, not retracting empire, in South Asia, in the Gulf, in Africa, and in Latin America.

In sum, lame duck aside, the Obama administration has continued to support the interests of finance capital at home and abroad at the expense of workers everywhere. What the world calls “neo-liberalism,” that is policies to cut government programs, extend privatization and deregulation of economies, and reduce wages and living conditions is the operant vision at home and abroad. The issue in the end comes down to “class,” and “class struggle.”

We can and should applaud the progressive victories (many of which are part of the social agenda) at the same time that we build a political movement that demands jobs and income now and an end to empire. By assessing the policies, the issues, and their impacts, progressives can determine where to go from here. And at this stage the class and anti-imperial issues must remain central to our work.