It is the non-military parts of the Obama speech that peace activists should mobilize around, weak as they are. 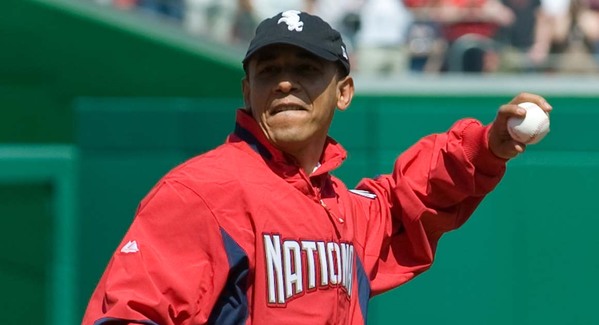 President Obama has retrenched U.S. global engagement in a way that has shaken the confidence of many U.S. allies and encouraged some adversaries. That conclusion can be heard not just from Republican hawks but also from senior officials from Singapore to France and, more quietly, from some leading congressional Democrats. As he has so often in his political career, Mr. Obama has elected to respond to the critical consensus not by adjusting policy but rather by delivering a big speech — Washington Post editorial, May 28, 2014.

President Obama gave what was framed as a major foreign policy address to a West Point graduating class on Wednesday, May 28, 2014. Many peace activists hoped for a forthright statement on the limits of U.S. power and expressions of humility about the correct role of the country in the world. They should be sorely disappointed.

Paradoxically, though, the most militaristic segment of the foreign policy establishment, such as reflected in the Washington Post editorial cited above, implied that the Obama statement signaled retreat and defeat in the face of a world which the U.S. should be directing.

Interpreters supporting Obama’s offering likened it to the dramatic statements made over 50 years ago by former President Eisenhower. For example, the Cold War President declared in 1953 that

Every gun that is made, every warship launched, every rocket fired signifies, in the final sense, a theft from those who hunger and are not fed, those who are cold and are not clothed… This is not a way of life at all, in any true sense. Under the cloud of threatening war, it is humanity hanging from a cross of iron.

Other influential foreign policy analysts such as Arkansas Senator William Fulbright spoke of “the arrogance of power.” Dr. Martin Luther King in his famous speech at Riverside Church in 1967 decried the abomination of killing overseas and ignoring poverty at home. And President Carter in 1979 condemned government by special interests that created gridlock and dysfunctionality.

No part of President Obama’s major foreign policy address rose to the heights of clarity and truth obtained by these famous statements from the past. Instead he continued to highlight international terrorism as the number one concern of U.S. policymakers. He identified extremists in Syria, Nigeria, Somalia, Yemen, Mali, and other vulnerable countries such as Iraq, Lebanon, and Turkey as requiring attention.

To prepare for the ongoing terrorist threat he proposed that Congress establish a Counterterrorism Partnerships Fund totaling $5 billion. He also indicated that the United States was willing to help some of the opposition to the government of Syria. In the spirit of the old Nixon Doctrine, Obama seemed to be suggesting that the United States would help allies in Syria and elsewhere fight against adversaries they and we face.

The president continued to frame his remarks within the narrative of American exceptionalism.

Also the president continued to frame his remarks within the narrative of American exceptionalism. Not only is the U.S. militarily superior to most of the world’s nations combined, he suggested, but it remains the beacon of hope for humankind. The Reagan era “City on the Hill” metaphor still framed the rhetoric of this President as it did virtually every other post-World War II President.

Contemporary U.S. foreign policy, Obama claimed, has been successful in ending two wars, eliminating the global terrorist leadership, giving support to the democratization of Ukraine, challenging Russian expansion in Central Europe, and working to counterbalance Chinese hostilities against her neighbors. In addition, the United States is having some success negotiating with Iran over its nuclear weapons program. But, the President said, despite these foreign policy achievements, more needs to be done.

President Obama endorsed once again the belief in the special responsibility of the United States to the world, the need to help others fight terrorism, opposing big power expansion of Russia and China, pressuring Iran to end its commitment to nuclear weapons, and promoting what former President Clinton called “market democracies.”

But recognizing the demonstrated opposition of the American people to more foreign wars, Obama stressed limiting military engagement (at least the use of large land armies), expanding the use of diplomacy, working with allies (what used to be called “collective security”), participating in international institutions such as the United Nations, and in serious cases applying economic sanctions.

It is the non-military parts of the Obama speech that peace activists should mobilize around, weak as they are:

America must always lead on the world stage. But U.S. military action cannot be the only — or even primary — component of our leadership in every instance. Just because we have the best hammer does not mean that every problem is a nail.

Americans should be reminded that, as President Eisenhower and Dr. King suggested, U.S. militarism has impacted negatively on the lives of most of the population, while it has buoyed the profits of the military/industrial complex.

In the end, in the climate of 21st century U.S. militarism, President Obama’s proclamations about using “soft power” rather than war as the number one instrumentality of U.S. foreign policy should be supported and encouraged. But that is only a modest beginning.