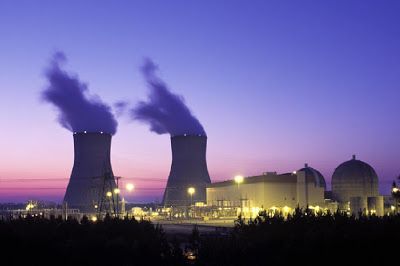 America’s much hyped “reactor renaissance” is facing a quadruple bypass. In actual new construction, proposed projects, and overseas sales, soaring costs are killing new nukes. And the old ones are leaking like Dark Age relics teetering on the brink of disaster.

As renewables plummet in cost, and private financing stays nil, the nuclear industry is desperate to gouge billions from Congress for loan guarantees to build new reactors. Thus far, citizen activism has stopped them. But the industry is pouring all it has into this fall’s short session, yet again demanding massive new subsides to stay on life support.

Such soaring rates and slipping schedules defined the first generation of “too cheap to meter” reactors, which almost without exception came in years late and billions over budget. Costs of the two original Vogtle reactors jumped by 1,263% — from an original $660 million budget to nearly $9 billion — forcing up statewide rates more than 12%. Construction was promised for seven years, but actually took 16.

According to official records, the nuclear industry has spent at least $645 million in the past decade lobbying for taxpayer handouts. It got $18.5 billion in loan guarantees from the Bush Administration in 2005. Obama has asked for some $36 billion more. But so far a national grassroots movement has kept that from happening. The industry is demanding more from Congress, and will continue to do so as long as legislators need cash to run their campaigns.

But it is now clearer than ever that atomic energy cannot compete, that new construction means new rate hikes, that delays and cost overruns will always outstrip the industry’s initial public assurances, and that after a half-century this technology still can’t face the prospect of full liability for the disasters it might impose… or even for the “minor” radiation it constantly emits.

Will this will finally kill the much hyped “renaissance” of a Dark Age technology defined by quadruple failures in human health, global ecology, sound finance, and shaky performance?

That will depend on the power of citizen activism. Nuclear power can’t survive without protection from accident liability. Nor can new plants be built without huge public subsidies.

The longer those are stopped, the more likely a Solartopian transition to the only sources that can sustain us: increased efficiency and the green-powered birth of the Age of Renewables.