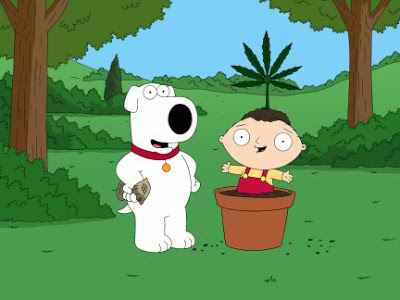 The simple truth about America’s marijuana prohibition: any law that allows the easy incarceration of any citizen any time those in power want to do it is the ultimate enemy of democracy. With 800,000 annual arrests over an herb used by tens of millions of Americans, it is the cornerstone of a police state.

The newly energized movement to end prohibition in California — home to more than 10% of the nation — is one of the few healthy developments in this otherwise horrific election.

To help pass Proposition 19, go here and sign up to make phone calls in these last crucial hours.

Part of the battle has already been won. By all accounts the California campaign has thrust the issue to a new level. The terms of repeal are not perfect. But the acceptance of marijuana use has taken a giant leap forward. When joints are openly lit and smoked on national television, it’s clear that sooner rather than later, this travesty will fall.

The California campaign has drawn the sides clearly. Demanding continued prohibition first and foremost are the drug dealers who profit directly. As Dan Okrent has shown in Last Call: The Rise and Fall of Prohibition, organized crime booms around such bans.

With them are the prison builders and operators, plus the lawyers, judges, guards, and street cops who make their livings off the human agony of this endless stream of meaningless arrests. To their credit, some of these — especially cops who actually care about controlling actual crime — have come out for legalization.

Then come the alcohol and tobacco pushers who don’t want the competition from a recreational substance that — like renewable energy — can be raised and controlled locally. Ditto Big Pharma, which fears marijuana as a superior anti-depressant with healing capabilities far beyond a whole multi-billlion-dollar arsenal of prescription drugs with deadly side effects. They fear an herbal medicine whose warning labels will be limited to statements like: “Caution — use of this healing herb may lead to excessive desire for chocolate cup cakes.”

Ultimately it’s the politicians who cling to a prohibition that enhances their power. One after the other, they endorse more arrests and fiscal insanity.

Never mind that virtually every farmer in Revolutionary America — including Washington, Jefferson, and Madison — raised marijuana’s kissing cousin, hemp, and profited handsomely from it. Never mind that Ben Franklin made his best paper from hemp. Forget that the last three presidents of the United States and the current governor of California (among so many others) have smoked marijuana, and may still do so.

Never mind that hemp looms behind marijuana as a far greater cash crop, with huge profits to be made from ecologically superior paper, clothing, shoes, textiles, rope, sails, food, fuel, and more. A core agricultural mainstay throughout human history, hemp requires no chemical pesticides, herbicides, or fertilizers. A nitrogen-fixing weed, it replenishes the soil in which it grows. As the stock for cellulosic ethanol, fuel pellets, and seed-based diesel oil, it is the key to a green revolution in sustainable biofuels. As such, hemp is legal in virtually every country on Earth except the United States.

Many believe the decentralizing economic power of hemp is the real reason its corporate industrial competitors want marijuana to stay illegal. The literature on both is deep and wide.

This ghastly 2010 mid-term election is like a horrendous death spasm for a dying empire. The cancerous flood of corporate money pouring through the process has taken the corruption of what’s left of our democratic process to new post-imperial depths.

But nature always provides a healing herb that grows near a poisonous one. We work and hope for repeal in California. But we know the issue has already gone to a new level.

The accelerated corporate rape and pillage of what’s left of our nation is all too evident. Sending this tool of official repression up in smoke will help mitigate the disaster.

Vote YES on California’s Prop. 19, and make sure to call those you know who might.