Have a Heart : How to Expand the Organ Harvest 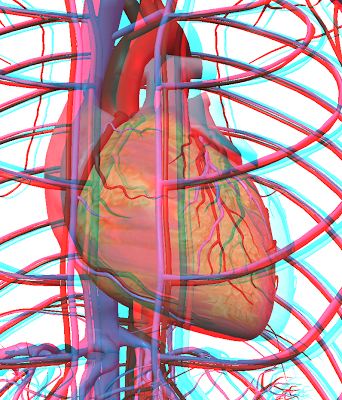 For years now, doctors have been able to save lives and prolong lives by performing organ transplants. Hearts, livers, kidneys, lungs, etc. can be taken from those who’ve died and preserved long enough to replace defective organs in a person who needs a new organ to survive. This is a big step forward for medicine.

There is only one problem. The only source for these replacement organs is people who have authorized their organs to be harvested before they died, and this has created a serious shortage of available organs. There are waiting lists for every kind of organ transplant. It is hoped that someday medical science will be able to grow new organs (possibly from stem cells), but that is still a long way from happening.

In most Western nations, about 30% of the population have authorized the harvesting of their organs after death. This is not a bad percentage, but still leaves long lists of people who are waiting for organs. Some of them even die while waiting for an appropriate organ.

Medical professionals have been searching for a way to boost the quantity of available organs, and up until now there have only been two solutions — neither of which is free from ethical problems. And an unethical solution may well be worse than no solution at all.

First, is the buying and/or selling of organs. This distasteful method is not approved in any civilized country. This is because of a couple of thorny questions. Should the rich get preference in receiving available organs because they can outbid those poorer than they are? Should the poor be pressured into giving their organs (or those of their loved ones) because of their poverty? Any moral and ethical person would quickly answer no to both questions.

The second solution is for doctors to assume they have permission to harvest organs unless the donor had specifically left written instructions denying them that privilege. This also presents an ethical dilemma. Just because a person has not left a written denial does not mean he/she gave his/her permission.

It is not uncommon in modern society for someone to delay doing something he or she really intended to do until it was too late. Just look at the many people who die without leaving a will. You cannot assume that all of them meant not to leave a will. In fact, I’ll bet that many of them simply procrastinated too long and died unexpectedly. Making assumptions about what a person wanted is like walking through an ethical minefield — it could blow up on you at any time.

Israel is in an even worse position than most Western countries. That is because only about 10% of Israelis have authorized the harvesting of their organs after they die. This has made their waiting lists much longer than those of other developed countries, making it far more likely that a patient would die while waiting for a suitable organ.

Israel was in bad need of a way to boost organ donations, and because they are a very religious nation, neither of the two ethically-suspect solutions would be appropriate for them to use. What were they to do? Simply urging the public to sign donor cards had only gotten them to 10%, and further government pleas were unlikely to significantly improve upon that.

The Israeli government has devised a new solution that’s never been tried before — it’s simple, ingenious, and devoid of the ethical problems attached to other solutions. They have passed a law that gives priority for organ transplants to those who signed donor cards before they became ill. These people would be put ahead of those who had not signed donor cards if they needed a transplant.

They have not yet implemented the new law, and it might not work for some reason unknown now, but I think it’s a good idea. Why shouldn’t those willing to give be the first to get? And it’s fair to everyone — black or white, rich or poor, male or female, young or old, religious or atheist. Anyone can (and should) sign a donor card. I believe this simple law will significantly increase the number of donors and save many lives.

There are those who say this would not be a big advantage, because soon the list of those waiting who had signed donor cards would be very long. I don’t buy this argument. Even if the list is long, we must remember there will be a lot more available organs. Therefore those waiting will not have to wait as long as they do now to get their transplant. I believe the law will provide a good chance to save a lot of lives that are now being lost.

The United States, Canada, and Europe should watch closely to see what happens when Israel implements the new law. If it significantly increases the number of donors and the number of lives saved, then it should be implemented in other developed nations.

Someday in the future, we might not have the need for human donors of organs. Maybe science will find a way to create new organs by harvesting them from the dead. But until then, the goal should be to save lives. I believe Israel’s new law will do that.

14 Responses to Have a Heart : How to Expand the Organ Harvest