Health Care for the Rich : U.S. 50th in Life Expectancy 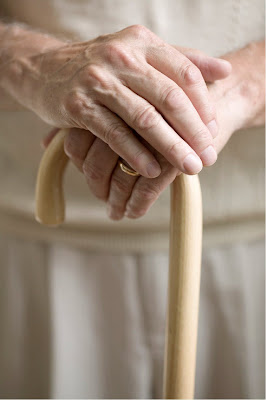 How can it be that 49 countries have a longer life expectancy, if we supposedly have the ‘best’ health care system in the world? It is because our system is the best only for the rich.

While the U.S. system is undoubtedly the most expensive, there is one little statistic that shows it is far from the best. The fact is that the United States ranks a very poor 50th in life expectancy for its citizens. Let me repeat that. While life expectancy is 78.1 years for U.S. citizens, there are 49 countries where the life expectancy is longer.

How can it be that 49 countries have a longer life expectancy, if we supposedly have the “best” health care system in the world? It is because our system is the best only for the rich. If you have the money to purchase the best insurance possible, and the money to pay for the medical bills that insurance won’t cover, then the U.S. health care system is great. But what about the other 95% of the population?

The other 95% of the population is in trouble (although many of them don’t know it yet, because they are healthy right now). We know that around 41 million people don’t have any health insurance at all. Their problem is obvious to everyone.

But there is a much larger group of working and middle class families who have insurance through their work. These people are one layoff away from having no insurance themselves. They are also in for a shock when they need to use that private insurance and they find out how much it does NOT cover (62% of bankruptcies in the U.S. are dues to medical bills and 75% of those people had insurance). They can also find their insurance has been cancelled once the medical bills start climbing.

But there is an interesting fact about the 49 countries with a longer life expectancy. They have a public (government-run) health insurance system. In most of those systems (like France or Canada), every citizen can choose their own doctor and hospital, and no one has to declare bankruptcy because of unpaid medical bills — because those public insurance systems pay for whatever treatment the doctor says is needed.

Harvey Brenner, professor of public health at the University of North Texas Health Science Center and Johns Hopkins University, says, “What we are able to find in the industrialized world is that life expectancy will be influenced in a beneficial manner to the extent that health care expenditure is publicly financed.”

That’s because in countries where patients must pay a large part of their own medical bills, they tend to wait until their medical problems are serious before consulting a doctor. These countries (including the U.S.) also put less emphasis on preventative care.

The conservative American Enterprise Institute disagrees that public insurance is the reason for the longer life expectancy. They say the life expectancy is determined by having high economic growth and per capita income levels. That’s a silly argument. Are they saying there are 49 countries with a higher economic growth and per capita income than the United States? No one, even a conservative, could really believe that!

The truth is that economic growth and high per capita income are spurred upwards by a healthy workforce. So while the American economic engine is among the best in the world, it could be even better with a public health insurance system producing healthier workers. It would also be helped by the fact that American companies would be able to compete with foreign companies more easily, because they wouldn’t have to pay the high private insurance costs of their workers (even if they paid for part of a public insurance system, it would be much cheaper than current rates).

There are only two groups that would not benefit from a public (government-run single-payer) health insurance system — the richest 1-5% of U.S. citizens and the insurance companies. For everyone else public insurance would be better. It would:

If not, then make sure your senator and representative know that health care reform must include a public insurance option. If it doesn’t, it will be little more than a huge payday for private insurance companies, and it won’t solve the problems in our health care system.