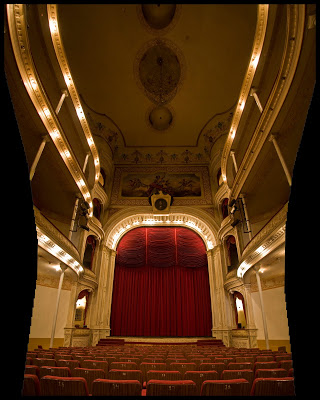 I was recently privileged to have the opportunity to discuss world affairs, and health care in particular, with an affluent Swiss businessman visiting in this area. He, as are most Europeans, was dumbfounded that in the United States 45,000 folks die each year without the benefit of health care. Why? Why can such a thing happen?

I quoted to him an observation passed along by one of my more cynical acquaintances: “You will understand why we don’t have a government single-payer health care system in this country… once you understand that the corporations ARE the government.”

I learned much about the Swiss system. Swiss health care is under the jurisdiction of private insurance companies which offer, by mandate, health insurance policies to all citizens. The policies differ in content, benefits, and price, and those who cannot afford to purchase the insurance have their fees subsidized by the government. Unlike the health insurance cartel in the United States the Swiss companies are subject to government regulation of prices and benefits. The physicians make the decisions about patient care, not the insurance companies.

The gentleman to whom I was talking was covered by the best policy available, and when he had a heart attack several years ago the policy paid for two weeks in the hospital and four weeks in a cardiac rehabilitation center, in each instance in a private room. The cost of such a policy, converted from Swiss francs to dollars, is $1000 a month. Any policy approaching that in the United States would cost approximately $2400 a month, and would still give the insurance company veto power over the physician’s judgment.

My new friend did not have coronary artery surgery and has done quite well on conservative treatment. And he’s a skier, hiker, and golfer. According to the medical literature, the average European has a longer life span than the average American. That may be partly because they don’t have to worry about limited medical care leading to a life threatening situation, but also because there is no rush in Europe to do invasive cardiac procedures, or to perform hysterectomies and do surgery for prostatic cancer.

Well, now the Senate is opening debate on health care reform — provided there are not too many other legislative distractions. We have previously discussed the corruption, the bribery in the Senate, and to a lesser extent in the House We have also pointed out the free access granted by the White House to the lobbyists and executives of the health insurance cartel, PhARMA, the U.S. Chamber of Commerce, the manufacturers of medical supplies, the AMA, and members of other special interests.

We have noted, sadly, President Obama’s half-hearted support of medical care for all, and his apparent willingness to accept a bill, any bill, so he can say he passed health care reform. My fear is that we will end up with a taxpayer subsidy of the insurance industry, accompanied by an edict that all Americans must buy insurance.

What is the least we should expect at this point from comprehensive health care reform legislation?

The Senate leadership must show courage and institute rule changes eliminating the filibuster and, if necessary, they should make use of the “nuclear option” to pass comprehensive legislation. The House must not be distracted by the abortion issue.

This distraction was a late comer, and I suspect it was a quid pro quo influenced by the health insurance cartel along with the Council of Catholic Bishops, The Family (i.e. The C Street Group), and the various corporation subsidized tea bag groups, (We the People, Tea Party Patriots, Americans for Prosperity, American Majority, Americans for Limited Government, Dick Armey’s FreedomWorks, and that group with a respectable sounding name, the 4000 member Association of American Physicians and Surgeons.

This group goes back to the John Birchers, has a political philosophy steeped in Ayn Rand, is headed by Andrew Schlafly, son of conservative activist Phyllis, and promotes an alternative universe of medical misinformation such as the following: abortion causes breast cancer, immigration causes leprosy, a tobacco tax would lead to a deterioration in public health, vaccines produce autism, and cutting carbon emissions would represent a grave threat to global health.

Sadly, I fear that we who have worked for years for decent health care in this country are facing our final stand. I am not optimistic at all about what our politicians will fashion over the coming weeks. However, we must give sincere thanks to the 16,000 dedicated members of Physicians for a National Health Program who began to speak up for the people of America shortly after the health insurance industry takeover of health care. PNHP has fought mightily and with dedication for what is honest and ethical. I thank the more recent Health Care for All and their workers, the California Nurses Association, the various labor unions, and the Alliance for Retired Americans, all of whom have fought for what is morally correct.

I fear that there is an aberration of the cultural psyche in the Unitied States. We have thrived on the myths created by John Locke and Ayn Rand, and perpetuated by the Horatio Alger stories — that creation of wealth in and of itself is the epitome of success. We have become a nation that respects self-gratification over community. We are thrilled by military conquest. We have developed a distaste for intellectual attainment, a distrust for the educated individual, and a lack of respect for those less fortunate than us. And we have turned away from basic Christian and Judaic tenets in favor a pseudo religiosity fomented by the mega-churches and the dominionist movement.

In short, we as a nation do not share a commitment to do good for the community; and, I fear that the coming debate over health care will resolve nothing, and that in the end we will be the only nation in the industrialized world without a health care program for all the people.

I hope that I am wrong.