Heed H.R. Mencken : Economy Notwithstanding, This Election Not a Sure Thing 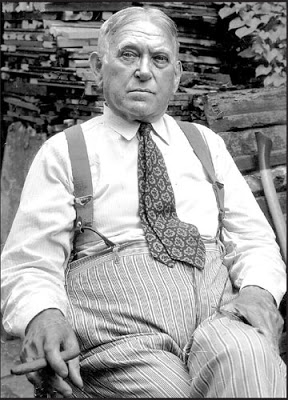 H.L. Mencken once wrote, “The only way to success in American life lies in flattering and kow-towing to the mob.”

It seems an axiom that the American public will support the Democratic Party in the Autumn if the economy is in tatters. Is this assumption valid looking at a historical precedent? I have been party to a discussion with several well trained academics in the fields of history, economics, anthropology, and sociology and we are not at all certain of that presumption. We have coined the term the “Weimar Syndrome.”

Let us begin to look at several features of this line of reasoning. The current American electorate is much less informed, less cultured, less interested, and less educated than the citizens of the Weimar Republic 1919-1932.

Germany after World War I was not devastated, though suffering thousands of casualties, as the actual fighting had been on French soil. The nation was humiliated by the Versailles Treaty; however, at the Treaty of Paris had received Allsaise-Lorraine from France. During the Weimar period the German intelligencia and artistic communities thrived. Physicians and engineers came from around the world to study in Germany. The culture of the cabaret, the avantguarde came into being; however, the culture produced more serious artists and thinkers such as Bertoit Brecht, Kurt Weill, and Arnold Schoenberg among others. Art, music, engineering, medicine, and psychology thrived.

Yet, there was a cultural undercurrent of respect for authority developed under the century long rein of the Hohenzollerns (The Empire). There was a respect for the history and mythology of a superior people and nation, reinforced by a pride in militarism and a strong religious influence. In spite of the daring-do there was a strong feeling of family and tradition. There was a feeling of pride in the industrial might of the capitalists such as Krupp and Farben.

The great depression enfolded Germany in 1929 as it did the remainder of the Western World and thinking was that the Social Democrat Party would be the logical institution to turn to in time of financial crises.

We face an election currently as did the USA and Germany in 1932. We currently have the choice of an elderly gentleman, with an obviously failing memory, but an expert in changing the topic, avoiding productive discussion, and an expert at throwing out well rehearsed one-liners. Aligned with him a woman, a cross between Lucrecia Borgia and Shakespeare’s Katerina, with great appeal to the NRA and Religious Right. Both are experts at jingoism and exhorting divine guidance. On the other hand we have two well educated, thinking, sophisticated gentlemen who try their best to present the nation’s problems in a well defined and learned way. Yet, one gentleman presents something “different.” In the mind of the unsophisticated.

Something “different” is perhaps something to be feared. The British newspaper The Guardian recently had an extensive article on American “anti-intellectualism.”

With the economic collapse in both the USA and Germany in 1932 the electorate in both nations looked for underlying reasons, the American people recognized unbridled capitalism as the probable cause, while the German’s blamed other nations, as we now blame Islamic extremists, and people of a “different type” within their society. Remember the economy was similar in both nations. America elected FDR, but the Germans, fearing “something different” in the Social Democratic Party, the reasonable choice, made another choice which changed the history of the world.

Please let us not take anything for granted, as the future of the nation is at stake. As one whose ancestors arrived here in 1754, I live in fear that this may indeed be the end of our Republic as we have known it. Obama is not perfect but please, please, let this old curmudgeon take his last breath in a nation based on good will, trust, and respect for the better things in man’s nature. At least Obama has integrity, honor, a sense of reason, and feeling for those less fortunate.

Again, Mencken: “There’s no underestimating the intelligence of the American public.”

2 Responses to Heed H.R. Mencken : Economy Notwithstanding, This Election Not a Sure Thing