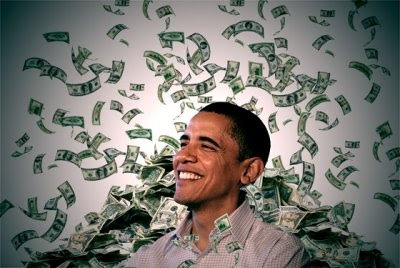 A great smile does not make a truth teller. A talker of change does not define a reformer. Make no mistake, for the good of the nation I want President Obama to succeed in getting us out of the scandalous economic meltdown we are immersed in. But I do not like many of his actions, policies and strategies for accomplishing this, nor does the stock market.

I always had my doubts that he was a true agent of change and reformer when it came to the structure of the political and government system. He took an awful lot of money from the very rich and powerful in his campaign. Sure, with his superb speaking skills he has the capacity to win public approval, but most Americans are not deep, critical thinkers, nor do most have the best detailed information. What if he is just another untrustworthy politician? What if he does not keep his promises? With these questions in mind, I have examined four areas where I find President Obama’s behavior disappointing.

Most distressing is that he put people in power who failed to prevent the economic disaster, notably the Treasury Secretary. As someone with significant experience in government, I was appalled that President Obama has selected so many experienced people for his cabinet and high level White House positions who previously had powerful positions in government or the financial sector but failed to prevent the economic meltdown that is still worsening. Or even sound loud alarms about what was profoundly wrong with economic system. Why not look hard for people that had been criticizing various aspects of the mortgage and financial areas? People from the academic world, watch dog groups and public interest organizations that might have worked previously in government could bring more creativity to the problems. For someone who made a big campaign deal of being against politics as usual, Obama has shown precious little evidence that he wants true outsiders to steer his administration. His chief of staff Rahm Emanuel is the epitome of a protector of the status quo political system. Rather than selecting many big name Democrats and a few Republicans, why not seek out independents, whistle blowers and reformers to fix the economic meltdown?

Accepting a huge spending bill loaded with pork earmarks it starkly contradictory to what Obama promised during the campaign. During the campaign this is what candidate Obama said: “We need earmark reform. And when I’m president, I will go line by line to make sure we’re not spending money unwisely.” He has talked repeatedly about fiscal responsibility and real change in politics. Talk is cheap. This spending bill is not. Not with over 9,000 earmarks totaling some $12 billion. It is sheer nonsense for him and his supporters to say shamelessly that the spending bill is something left over from the Bush administration. Well, so is the Iraq war, but Obama certainly was ready to make changes with it. Why not have the integrity and courage to veto this spending bill and send it back to Congress with the mandate to cut out the pork? Why should we believe promises to wait until he cuts earmarks from future spending bills when clearly Congress, both Democrats and Republicans, are not willing to give up earmarks. And why won’t they? Simple, they create earmarks as part of the legal corruption that allows campaign contributors to get the earmarks they want.

Consider this example. Representative Anthony Weiner, Democrat, New York, received more than $160,000 in campaign contributions from for the Sephardic Addiction and Family Education (SAFE) Foundation in Brooklyn, New York, which has an earmark from him for $238,000. He was also sole sponsor on a $300,000 earmark for Brooklyn’s Ohel Children’s Home and Family Services, whose board members and employees have also given him money; its director has personally given $6,240. And the bill includes 14 earmarks requested by lawmakers for projects sought by PMA Group, a lobbying company used by all sorts of entities to get earmarks, which is at the center of a federal corruption investigation.

And consider this: Not supporting congressional efforts to form a truth commission to look into Bush administration misdeeds, such as allowing torture of supposed terrorists, secret detention, and domestic spying, is also hard to fathom. Obama keeps up the malarkey about wanting to look forward, not backward. But the pursuit of justice and discovering how our Constitution has been flagrantly violated by President George W. Bush and others are imperative tasks for a real democracy. “Nothing has done more damage to America’s place in the world than the revelation that this nation stretched the law and the bounds of executive power to authorize torture and cruel treatment. Such a commission of inquiry would shed light on what mistakes were made so that we can learn from those errors and not repeat them,” said Patrick Leahy, chairman of the Senate Judiciary Committee, the chief advocate for a commission.

Significantly, a USA Today/Gallup poll in February found that 62 percent of Americans favor a criminal investigation or an independent panel to look into the use of torture, illegal wiretapping, and other alleged abuses of power by the Bush administration. So how can we understand why Obama does not passionately support doing this? I like what Georgetown University professor David Cole said: “in the face of credible evidence that high-level Bush administration officials authorized torture, a crime against humanity, the least we should do is undertake a serious, independent investigation.” What is scary is that perhaps Obama fears one day facing something similar for his misdeeds as president. It all comes down to this simple but profoundly important idea that Americans are supposed to embrace: absolutely no one should be above the law.

That President Obama has expressed no interest in a new 9/11 investigation reveals a lack of truth-seeking by someone who surely knows just how corrupt, unethical and dishonest the Bush administration was. The nationwide 9/11 truth movement is alive and well, because the vast majority of Americans still have many doubts about the official stories of what happened on 9/11, especially when it comes to the sudden collapse of three World Trade Center buildings, one of which was not even hit by an airplane. Countless scientists, engineers and architects have seriously examined mountains of data and evidence and come to the disheartening conclusion that something besides the official story must explain what happened. We are still paying an insane price in money and blood for the unjustified Iraq war that was largely justified by Bush because of 9/11. Searching for the truth about 9/11 is not about conspiracy theories; it is all about discovering if our government somehow had a hand in causing 9/11 in a so-called false flag operation. If it did, then the way to prevent any future such government action requires discovering the truth about 9/11. Why wouldn’t President Obama support this?