Insisting on the Pursuit of Justice 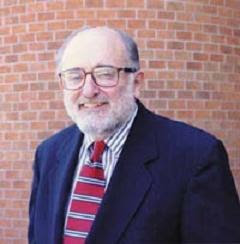 A conference to plan the prosecution of President Bush and other high administration officials for war crimes will be held September 13-14 at the Massachusetts School of Law at Andover .

“This is not intended to be a mere discussion of violations of law that have occurred,” said convener Lawrence Velvel, dean and cofounder of the school. “It is, rather, intended to be a planning conference at which plans will be laid and necessary organizational structures set up, to pursue the guilty as long as necessary and, if need be, to the ends of the Earth.”

“We must try to hold Bush administration leaders accountable in courts of justice,” Velvel said. “And we must insist on appropriate punishments, including, if guilt is found, the hangings visited upon top German and Japanese war-criminals in the 1940s.”

Velvel said past practice has been to allow U.S. officials responsible for war crimes in Viet Nam and elsewhere to enjoy immunity from prosecution upon leaving office. “President Johnson retired to his Texas ranch and his Defense Secretary Robert McNamara was named to head the World Bank; Richard Nixon retired to San Clemente and his Secretary of State Henry Kissinger was allowed to grow richer and richer,” Velvel said.

He noted in the years since the prosecution and punishment of German and Japanese leaders after World War Two those nation’s leaders changed their countries’ aggressor cultures. One cannot discount contributory cause and effect here, he said.

“For Bush, Richard Cheney, Donald Rumsfeld, and John Yoo to spend years in jail or go to the gallows for their crimes would be a powerful lesson to future American leaders,” Velvel said.

The conference will take up such issues as the nature of domestic and international crimes committed; which high-level Bush officials, including Federal judges and Members of Congress, are chargeable with war crimes; which foreign and domestic tribunals can be used to prosecute them; and the setting up of an umbrella coordinating committee with representatives of legal groups concerned about the war crimes such as the Center for Constitutional Rights, ACLU, National Lawyers Guild, among others.

The Massachusetts School of Law at Andover was established in 1988 to provide an affordable, quality legal education to minorities, immigrants and students from low-income households that might otherwise be denied the opportunity to obtain a legal education and practice law. Its founder, Dean Velvel, has been honored by the National Law Journal and cited in various publications for his contributions to the reform of legal education.

This entry was posted in RagBlog and tagged Criminal Justice, Impeachment, War Crimes. Bookmark the permalink.