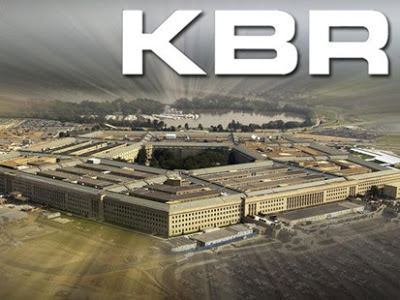 WASHINGTON – US soldiers assigned to guard a crucial part of Iraq’s oil infrastructure became ill after exposure to a highly toxic chemical at the plant, witnesses testified at a Democratic Policy Committee hearing yesterday on Capitol Hill.

“These soldiers were bleeding from the nose, spitting blood,” said Danny Langford, an equipment technician from Texas brought to work at the Qarmat Ali Water treatment plant in 2003. “They were sick.”

“Hundreds of American soldiers at this site were contaminated” while guarding the plant, Langford said, including members of the Indiana National Guard.

Langford is one of nine Americans who accuse KBR, the lead contractor on the Qarmat Ali project and one of the largest defense contractors in Iraq, of knowingly exposing them to sodium dichromate, an orange, sandlike chemical that is a potentially lethal carcinogen. Specialists say even short-term exposure to the chemical can cause cancer, depress an individual’s immune system, attack the liver, and cause other ailments.

Yesterday’s hearing – one among several organized to hold contractors accountable for alleged malfeasance in Iraq – was chaired by Senator Byron Dorgan, a North Dakota Democrat. “Hundreds of US troops, who may not even know of their exposure to sodium dichromate that could one day result in a horrible disease, cancers, and death,” he said.

Roughly 250 American soldiers were believed to have come in contact with the chemical, according to Defense Department documents. Sodium dichromate is the same substance that poisoned residents in Hinkley, Calif., an incident made famous by the movie “Erin Brockovich” in 2000.

In Iraq, the chemical was used as an antirust coating for pipes that supply water to the oil fields. After the 2003 US-led invasion, looters raided the Qarmat Ali facility; afterward, the chemical was found strewn around the facility and its grounds.

Langford and his former colleagues have said KBR supervisors initially told them the chemical was a “mild irritant.” The company, however, eventually acknowledged that sodium dichromate was a potentially deadly substance and moved to clean up the site.

KBR has denied any wrongdoing in the matter. The company has insisted the safety of its workers and the troops they work with are its “highest priority.”

After KBR began cleaning up the site, it tested its workers for exposure. The US military also took blood and urine samples from 137 soldiers and civilians who were at the plant. Ten soldiers declined to be tested, and 14 were unavailable, according to the congressional testimony about the exposure provided by officials from the Department of Defense.

The Pentagon has said that the troops’ exposure to sodium dichloride at the Iraqi facility did not appear to pose any long-term threat.

Last year, Ellen Embrey – deputy assistant defense secretary for Force Pealth Protection and Readiness, an office set up specifically to deal with such long-term health issues – told a congressional subcommittee that the test results from the soldiers showed “no specific abnormalities” and that “no long-term health effects are expected” from the exposure.

Dr. Michael Kilpatrick, the Deputy Director for Force Health Protection and Readiness, told the Globe in an interview earlier this year that the samples from the soldiers were brought to the US Army Center for Health Promotion and Preventive Medicine in Aberdeen, Md., and that 98 percent showed the “normal range” of chromium. Yesterday, Kilpatrick said physical exams on the soldiers showed “no definitive signs or symptoms . . . that would indicate chromium exposure.”

In yesterday’s hearing, however, Langford described for the first time how soldiers guarding the facility had the same symptoms as those who had dangerous levels of exposure to the chemical, complaints that are the foundation for the workers’ lawsuit.

“The chromium of Iraq is going to be the same thing as Agent Orange of Vietnam,” Langford said after the hearing. “I want something done for them.”

Edward Blacke, who served as KBR’s health, safety, and environmental coordinator for the Qarmat Ali project, said he saw soldiers with “continuous bloody noses, spitting up of blood, coughing, irritation of the noses, eyes, throat, and lungs, shortness of breath.”

Max Costa, chairman of the Department of Environmental Medicine at New York University, told the committee that ordinary blood and urine tests would not have detected heavy levels of sodium dichromate exposure after a few days. He said that the military would have had to conduct a highly specialized red blood cell test within four months of the exposure to determine the soldiers’ risk of illness.

“Most people don’t get it right,” said Costa, after the hearing. “It is not an established test that medical labs normally do.”

It was not clear yesterday whether the more specialized tests were conducted on the soldiers. The Army lab in Aberdeen is not accredited to conduct those tests, but may have sent the samples elsewhere, according to Defense officials familiar with the procedures there.

Kilpatrick has said his office is keeping records so that any soldier with medical problems that appear to be related to sodium dichromate exposure could make a case for receiving free care from a veterans hospital.

But Dorgan said yesterday that the Pentagon has not done enough to monitor the health of the soldiers and ensure that KBR and other contractors are putting safety first.

Dorgan began investigating the workers’ allegations of sodium dichromate exposure after The Boston Globe reported on the case in March.

This entry was posted in RagBlog and tagged Corporate Corruption, Iraq, U.S. Government. Bookmark the permalink.