The making of the 13th Floor Elevators’ album, ‘Bull of the Woods.’ 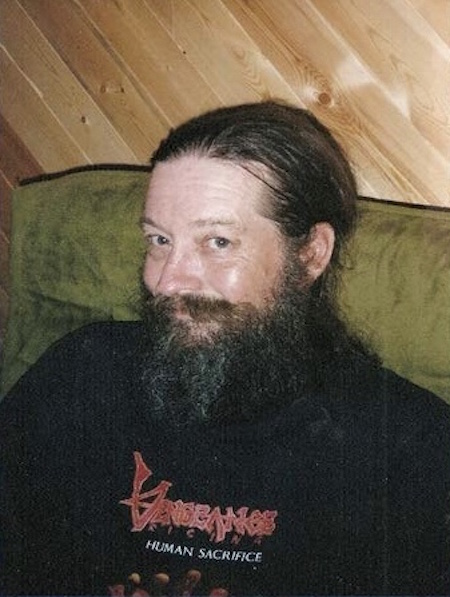 HOUSTON — A third studio album followed the 13th Floor Elevators’ groundbreaking psych classic, Easter Everywhere. However, when the time came to begin recording again, the band was in the process of unraveling. With limited input from Tommy Hall and Roky Erickson, the responsibility to complete the new album and to fulfill the band’s contractual obligation with their record label, now lay squarely on the collective shoulders of Stacy Sutherland, Danny Thomas, and IA staff producer, Ray Rush.

The Elevator’s final album, Bull of the Woods, is largely regarded as a Stacy Sutherland solo album with limited songwriting contributions from Erickson, Hall, and even Ronnie Leatherman. By the time production began on what is considered the Elevators’ swan song, bassist Danny Galindo had already resigned from his duties in the band and returned to San Antonio.

After leaving the Elevators, Galindo performed in San Antonio and Austin.

After leaving the Elevators, Galindo performed with a series of bands in San Antonio and Austin; however, he eventually returned to his academic studies at the University of Texas in San Antonio, where he earned a Bachelor of Science degree in Nursing. Galindo would work as a registered nurse until his death, at age 55, from complications attributed to Hepatitis C, in May 2001.

After Galindo’s departure, the band’s record label, International Artists, brought in studio bassist Earl “Duke” Davis as well as Ronnie Leatherman to replace Galindo for the new production. Davis was already signed to IA under a production and publishing contract, and he had been performing with the Elevators in Galindo’s absence. Davis was previously a member of the Starvation Army Band, the 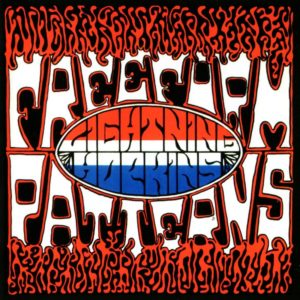 Within the course of recording Bull of the Woods, however, Thomas and Davis both found themselves recruited by producer Lelan Rogers in February 1968, to lend a rhythmic hand in the production of another IA album: Free Form Patterns, by blues icon Sam Lightnin’ Hopkins. Originally from Centerville, Texas, Hopkins was a “blues poet laureate” and a fixture in Houston’s Third Ward community who represented the “Bayou City” as an international cultural ambassador for more than 35 years.

‘Lelan invited Lightnin’ to come down to the new IA studios to record an album.’

“Lelan [Rogers] knew Mansel Rubenstein, Lightnin’s manager, and through him, Lelan invited Lightnin’ to come down to the new IA studios [formerly Gold Star Studios] to record an album,” Thomas recounted. “Lelan also brought in several Houston studio musicians, and I was included, along with bassist Duke Davis and Lightnin’s harmonica sideman and cousin, Billy Bizor.”

Lightnin’ Hopkins had a unique business model that he developed and adhered to throughout his lifetime when it came to dealing with record companies. He would charge the company a negotiated upfront flat fee for each track he recorded and he would also convey the copyright to each song included in the fee. Hopkins would also never sign an exclusive agreement with any one company because he learned early in his career that it was questionable if he would ever receive any future royalties once the album was completed. He felt he was getting the upper hand due to his prolific composition output ability and the abundance of record companies that were willing to enter into a recording agreement with him.

“Meeting Lightnin’ [Hopkins] was one of the most important events in my life,” Thomas revealed. “He and I were very close friends for about two years, and I was his drummer, both in the studio and on the road between Elevator gigs. He was kind and a real gentleman and I had a little band that I put together in Houston when the Elevators broke up and Lightnin’ brought his wife out with him to hear that band play one evening.”

The final album by the 13th Floor Elevators was received with very little fanfare.

After completing the Lightnin’ Hopkins session, Thomas and Sutherland returned to the task at hand to finish and to give some sort of coherent continuity to the hodgepodge of mismatched material of an album that Bull of the Woods had become. Upon its release in March 1969, the final album by the 13th Floor Elevators was received with very little fanfare from their label and was not embraced as favorably by their devotees as the two previous studio albums. By then the band, for the most part, had already disbanded. 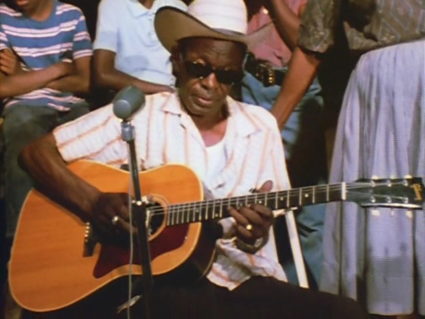 Thomas speaks both fondly and sardonically of his old band mate, Stacy Sutherland, who passed away at age 38 in Houston. Thomas is acutely aware that Sutherland, who died at such an early age, never did have the opportunity to realize his full musical potential as a guitarist and a songwriter. “Of all the guys in the Elevators, I would have to say that I was the closest to Stacy,” Thompson said. “He and I would hang out when we were on the road and we always shared a hotel room.”

“Stacy never did buy into the Elevators’ psychedelic rational. He was 100% cowboy. And if you started talking about ‘Levitation’ or ‘Reverberation,’ or ‘if your limbs begin dissolving,’” referencing a verse from the Erickson and Hall composition, “Slip inside This House,” from Easter Everywhere, “Stacy would just roll his eyes and go find something else to do or go play his guitar.”

Rocky Erickson was not the only band member  declared mentally incompetent.

Unknown to the vast majority of friends, fans, and followers of the 13th Floor Elevators, the late Rocky Erickson was not the only band member who was legally declared mentally incompetent and was subjected to court-ordered electroconvulsive therapy (ECT). 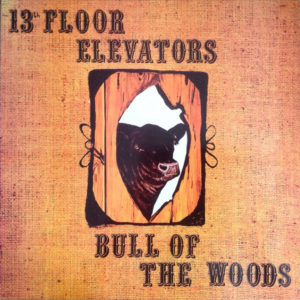 After the demise of the Elevators, Thomas was still living in Houston, at 1001 Bomar Street, one block off Montrose Boulevard, married, and performing with various local bands that never gained the momentum nor achieved the success he experienced with his former Central Texas bandmates. He was also working at minimum wage fast food restaurants in order to support his new family and even enrolled at nearby University of St. Thomas for one semester where he studied Art History.

Then one day in 1970, he experienced a debilitating mood swing that was severe enough to warrant a psychiatric intervention. By court order, Thomas was involuntarily admitted into Houston’s Methodist Hospital psychiatric ward where he was diagnosed by Dr. Edward Lillo Crain with catatonic schizophrenia.

In his fictional memoir, Twice Born Vagabond, Thomas wrote: “One day, I decided that instead of being confrontational, I was just going to keep my mouth shut and zip it up. That was perceived as being catatonic by someone specifically. It was an intentional choice that I made and it was interpreted as being psychotic. And, so, that unnamed person called the EMTs who came and put me in a strait jacket and took me to Houston’s Methodist Hospital where they administered a series of four shock treatments over a period of about 10 days.”

Thomas is intentionally guarded about the specifics surrounding this psychotic episode.

Thomas is intentionally guarded about the specifics surrounding this psychotic episode and is reticent to reveal all the details regarding the incident or to identify any one individual who intervened on his behalf. He also requested that anyone involved in the intervention have their anonymity maintained. He is, however, willing to disclose that someone to whom he was close, perhaps a neighbor, a former bandmate or even his ex-wife, realized that something was not quite right with him and this individual was able to arrange for a mental health warrant to be issued for a psychiatric intervention resulting in a series of ECT treatments.

“I think it’s very barbaric form of primitive medicine. That was the trend back then for those of us who were rebellious,” Thomas confided. “Thank goodness I only had four [treatments] so I was able to recover and it didn’t erase any of my memory.

Thomas was ready to leave Texas and return to his hometown of Charlotte.

By 1977, feeling beaten down and in a state of defeat, Thomas was ready to leave Texas and return to his hometown of Charlotte in the Carolina foothills. Before he departed, however, he visited his old friend and confidant Stacy Sutherland in Houston, in an attempt to persuade him to join him on his pilgrimage back to where his journey had originally begun.

“I remember sitting in the car with Stacy in front of his house in Montrose,” Thomas reminisced, “and I told him that you need to come with me back to North Carolina and start over. You are getting into some bad habits here and his response was, ‘I can’t leave Texas right now because there are some people who I owe money to.’”

Stacy Keith Sutherland would die of a gunshot wound, allegedly inflicted by his wife, Elizabeth “Bunni” Bunnell, on the morning of April 24, 1978, in their Montrose home. A Houston grand jury would fail to indict Bunnell for the criminal offense after a two-year investigation.

He now uses the written word as an
outlet for self-expression.

After returning home to Charlotte, Thomas initially found employment driving a forklift. However, he did eventually create a successful delivery business and he finally adopted a more secure and stable lifestyle when he began working as an administrative assistant in the same hospital where his father once worked. While employed at the hospital, he met an emergency room technician whom he later married, and together they raised three children. Thomas drummed with several North Carolina bands but retired his sticks after returning home from a road trip to New Orleans in 1999. He now uses the written word as an outlet for self-expression with two self-published books under his belt and a third one that is steadily advancing closer to a completion date.

Thomas is not very optimistic and does not speak positively about those of his generation who have embraced the current wave of nationalism, racism, and ultraconservative values in general that are now so evident in the United States. As a member of a progressive, psych-rock band that once represented the voice of Texas counterculture, Thomas believes that those baby boomers who were once hippies and who have now lost their moral compass “weren’t real hippies to begin with.”

“If they had bought into the concept of trying to make the world a better place, their actions would have never changed as adults,” Thomas opined, “because once you make a commitment like that, there’s no way you can live in peace with yourself by doing anything other than that.”

Thomas also believes that some individuals of his generation never had that higher level of consciousness in the first place. “They were just going along with the crowd,” Thomas said. “I often think to myself that after all our generation went through, why have things changed for the worse? And that causes me to be afraid,” he revealed in a pessimistic tone. “I’m still a person who questions authority,” Thomas said. “I’ve been that way all my life and I’m never going to change.”

[Ivan Koop Kuper is a freelance writer, real estate broker, professional drummer, podcaster, and an frequent contributor to The Rag Blog. Visit him online on Twitter and Instagram: @koopkuper.]