James McEnteer : How Intolerance Is Poisoning the Well 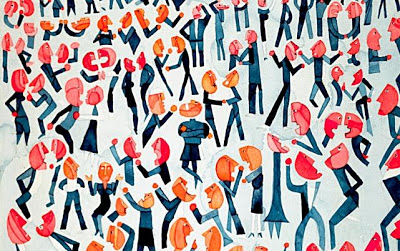 Most public ‘discussion’ consists of one side lobbing insults at the other from across an unbridgeable divide. There is little genuine give and take.

Intolerance runs rampant in American public discourse. Blog and article comment threads degenerate quickly into insult and abuse. The most innocuous opinions about almost anything can provoke shrill, scathing attacks. Even fact-based news accounts excite condemnation as biased or irrelevant.

Deep reserves of anger apparently abide in the U.S. population, ready to explode into violent rhetoric at the smallest transgression — real or imagined — against the responder’s hobbyhorse, be it guns, religion, sexuality, race, the environment,or whatever else.

Three related phenomena largely account for this inflammatory incivility: a meretricious media, more desperate than ever to survive; irresponsible religious and political figures, willing to enunciate increasingly extreme and outrageous views for high-profile notoriety; and the nature of the internet itself, the most powerful and pervasive system of communication yet devised.

The internet connects everyone to everyone else, conjuring global intimacy. Thanks to cell phones and YouTube, we can all be “in the moment” when a woman lets fly a racist rant in the London underground or a mob storms a public square in Madrid or Cairo or Oakland or a crime occurs somewhere on the planet. Every place appears as near or far as any other, here on our screen.

Modern technology can summon up flash mobs or instant wads of cash to protest or abet incipient events. We can weigh in instantly to “like” or condemn what we see or hear, calling forth responses to our own responses, ad infinitum.

Aided by the anonymity of user names, the level of interchange on comment threads trends downward over time, not up, producing more heat than light. Our sense of familiarity, however illusory, with events or newsmakers, breeds a primal contempt that tends to focus personal and political frustrations into immoderate attacks that in turn provoke others.

Irresponsible political heavyweights also demean our discourse. Mitch McConnell declared that the top priority of Congressional Republicans was to make sure Obama is a one-term president. That’s a pathetic partisan agenda for a so-called major party leader, considering the many challenges we face as a nation and a species.

Of course such a lame and limited ambition is far easier to accomplish than trying to restore employment, boost the economy, reduce military spending, promote environmental health, improve education, etc. etc. But McConnell and his ilk are not really out to better the lot of average Americans. Their goal is to serve their sponsors and masters, who enrich and enable them.

Pat Robertson and Franklin Graham rail against Muslims and homosexuals from pulpits they call “Christian,” though the blind hatred they flaunt contradicts the love and tolerance Jesus Christ actually espoused. Phony Christian bigots like Graham and Robertson — and the Westboro Baptist Church — poison our atmosphere and disinhibit their followers to commit acts of violence.

These false prophets spew enmity and discord in the name of religion, like the killers of abortion doctors who consider themselves “pro life,” a murderous irony they have not the eyes to see.

Media feed on conflict as much as the Pentagon does and, like the military, may sometimes provoke it for their own ends. To whip up interest in the “information” they peddle for (decreasing) profit, media amplify the divisive words of bigots, fools, and scoundrels (with someone like Robertson, they get a three-fer) and then play up the predictably outraged responses.

Rupert Murdoch’s Fox Network and numerous publications give platforms to political zombies like Karl Rove, Newt Gingrich, and Sarah Palin, to rouse the faithful and enflame opponents. Murdoch resuscitated Gingrich after his well-deserved political demise, granting him an artificial afterlife.

A recent British government report declared Murdoch unfit to lead a major corporation. But who will stop him? Murdoch is a major polluter who ought to be fined for degrading our atmosphere.

Like the irresponsible political and religious figures they interview, media “personalities” feel a need to top one another or themselves, to raise the decibel level to maintain their visibility. These talking heads give their fans permission to speak and behave outrageously. After he shot an unarmed black teenager to death, George Zimmerman sought out Fox stalwart Sean Hannity for counsel. Why?

The Trayvon Martin killing has become a flashpoint for issues from gun rights to racial profiling. Martin and Zimmerman turned into instant symbols and martyrs for different points of view. Some public figures donned hoodies in support of Martin, while one company does a brisk business marketing rifle targets with a hooded figure in their bull’s eye.

Events like the Trayvon Martin murder are difficult to discuss — or even to perceive — on their own terms, devoid of the biased context into which such incidents “fit.” Our preconceptions determine the meanings of everything that is said or done.

Most public “discussion” consists of one side lobbing insults at the other from across an unbridgeable divide. There is little genuine give and take. Thesis and antithesis rarely move toward any synthesis. They merely reenforce entrenched beliefs. Media promote and thrive on this sort of futile noise and conflict, a circus that distracts from the decreasing abundance of bread, enabling business and politics to proceed as usual with minimum interference.

Our lack of civility has consequences. Bullying — including cyber-bullying — of school-aged children by their peers (and in some cases, the parents of those peers) causes terrible harm, including suicide and murder. This trickle-down meanness merely follows the examples set by public figures in media and politics who belittle others for their religious preferences or sexual orientation.

With fewer defenses, our children are more likely to suffer the sometimes fatal effects of our toxic emotional environment before the rest of us. Mentally unstable individuals like Jared Loughner, who killed six people and injured 14 in Tucson in 2011, also absorb the free-floating anger around them without a clear sense of what it signifies or where to direct it.

Even adults in traditionally calm corners of this world, such as the fanatical anti-Muslim Norwegian who murdered 77 of his countrymen to avoid multicultural contamination, can be twisted by the overheated sentiments of foaming politicians, amplified by media. Who will take responsibility for such consequences?

There is a high price to be paid for allowing violent, hateful speech to predominate over more rational forms of public discourse. I fear we have only begun to pay it.

1 Response to James McEnteer : How Intolerance Is Poisoning the Well