Posted on September 9, 2014 by Thorne Dreyer

While the U.S.criminal justice system offers revenge as its principal method of restitution, families may find better solutions for achieving remorse and
true rehabilitation. 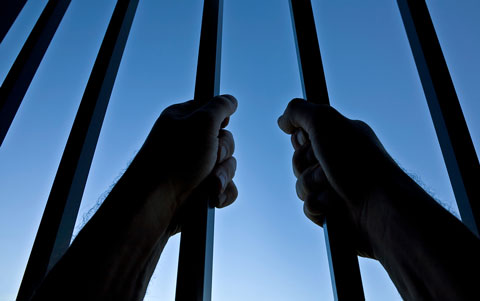 It never happens. That’s what the chairman of the Massachusetts Parole Board said on August 26, at the parole hearing for lifer Keyma Mack when families of both the victim and the murderer reached out to each other with sobs of remorse and vows of forgiveness. Mothers, fathers, cousins, siblings — all were refusing to be bound by shame and hatred.

For those of us who witnessed this, it was a moment of grace and an example of why restorative justice was created.

Keyma Mack, who shot Christopher Pires in 1992, was the fourth juvenile in Massachusetts to be eligible for parole and to have his hearing before the seven-member Board. In 2012, the U.S. Supreme Court issued its landmark decision, Miller v. Alabama, that enabled this historical moment.

Miller said science had proven juveniles were different from adults; they needed a judge’s thorough consideration, case by case, and could not “automatically” be sentenced to life. Then in 2013, the Massachusetts Supreme Judicial Court in Diatchenko v. District Attorney ruled life without parole (LWOP) unconstitutional for “all” juveniles in Massachusetts. Just as a note, Texas does not allow LWOP but the minimum sentence for those juveniles sentenced to life is 40 years.

At the hearing for Keyma Mack, many elements were not surprising. Mack, who committed his crime at age 17 is now almost 40; he talked about his transformation behind bars, program participation, prison job, and how Islam had helped him focus on changing his attitudes. He said he had been a boy when he killed Chris but he hung his head as he admitted he had shot him in the back six times. “I shot him until he stopped moving,” Mack said.

He owned up to running away after shooting Pires in their home town of Dorchester. He got involved with more guns and drug dealing in Springfield while on the run. At the time, he couldn’t bear facing his crime and all those he had hurt, but now, he seemed to know exactly how awful that crime was. He apologized to the Pires family for taking away their son, brother, cousin, and grandson. He remembered the grandfather’s house and in fact, had somewhat known Chris.

In some ways, it was the all too familiar story of guns, drugs, and the need to be cool in a community that prized toughness. A tragic story that we need to upend.

But if anyone had witnessed what happened before the hearing began, they would have seen the extraordinary.

But if anyone had witnessed what happened before the hearing began, they would have seen the extraordinary. The 25 or so family members and friends of Keyma Mack all stood and joined hands and prayed. It was touching to see them, each and every person standing together for their loved one.

The Mack family, as well as Keyma himself, all expressed their deep remorse for the Pires family at the hearing. No, that is not accurate enough. They each turned from facing the row of Parole Board members who sat behind a table to that supposed other side of the aisle. They said how much they ached for the Pires family. The mother of Christopher at one point had to leave the room, her wailing was as fresh as if the wound were yesterday’s. There is no end to this grief.

But in spite of the magnitude of such a loss, something amazing occurred in this bland room where two aisles of hardback chairs are separated by a thin strand of rope. When the Pires family, one by one, including the mother who barely spoke English, each took their turn to supposedly oppose Mack’s release, they did not.

They told Keyma Mack, who was sitting leg-chained behind them, while they would never forget, that they forgave him. Sob after sob, sorrow after sorrow, they forgave the man who was once a boy who killed their boy. They did not oppose him but what he had done. They wanted him to make meaning out of his life. And Keyma said later, that no matter what happened with his parole, he would do so.

It was a remarkable moment. And it led to the mothers talking together after the hearing. Neither knew what the decision of the Board would be. In Massachusetts, the Parole Board has taken months to deliver their decisions on most lifers, informing the families of the victim and the potential parolee, and then making decisions public on their website.

But this moment, rare and outside of the Board’s normal controlled script, led to an unscripted, raw, and very real moment of what many would call “restorative justice.” Instead of revenge, the Pires family wanted restoration. Spontaneously, not with any preparation, did this moment occur. But it was a coming together where families began to understand each other’s pain and to empathize. “Is that possible?” Mack’s father had cried out when he heard one of the Pires family verbally forgiving their son. This was an epiphany.

The formal practice of restorative justice “emphasizes repairing the harm caused by crime,” and teaches how to do that. It is not easy. It takes time and much anger and hurt. The Mack and Pires families may choose this road now that they have this experience. But in a place where so often the District Attorney claims that the criminal he convicted is still the vicious monster who took a life many many years ago, there was true forgiveness, more compassion, and a real end to some of the pain and suffering. The Pires family said that they felt something had been relieved for them by both seeing and by forgiving their son’s murderer.

Our justice system could learn much from these two families.