Ken’s whole adult life has been that of a man of unflinchingly high principle. 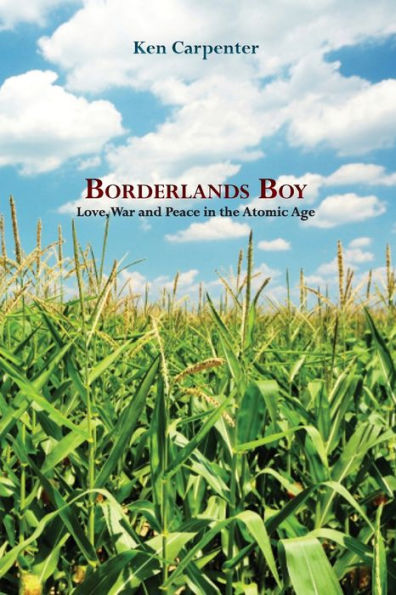 AUSTIN — It is said that senior citizens, as we are called, see our lives pass before us in the quiet hours. Fortunately this process has led to a memoir of a man whom many in the Rag/movement community will recall as an activist of the seventies in Austin. Ken Carpenter published his memoir, Borderlands Boy: Love, War and Peace in the Atomic Age (2019: Sunstone Press), a few months ago.

Ken’s whole adult life has been that of a man of unflinchingly high principle and one who has never been afraid to confront the consequences. Ken’s road led to a life in New Mexico and teaching at the college level. His strong convictions against war and violence led him to refuse induction into the military at the time of the War in Vietnam. He served a prison sentence for this.

But Ken’s conscience comes out in many ways.

He grew up in a working class family in the southwestern states of New Mexico and Colorado. The family was close but moved around a lot as dictated by job opportunities for his hard-working parents. He goes to some lengths to write about the earliest years of his life. This may be overly developed for some readers. But his view of life is holistic. It’s all important and he does not shy away from intensely personal and intimate details.

He does not shy away from intensely personal and intimate details.

Those who dislike sexual content — or find it irrelevant — will encounter much of it in this amazing and readable book. I think our sex life is a big part of our lives and not weaving it into the narrative leaves a gap and does not promote full understanding of one’s experience. Ken’s orientation as a gay man — growing up in conservative places during the fifties — is presented from young years to the present.

Ken worked for the American Friends Service Committee (AFSC), fighting militarism, bigotry, and violence. That connection took him all over the country and brought him to Austin in a time of vigorous organizing for change.

To my great surprise, the University of Texas was a hotbed of radical left-wing activism. It had a proud tradition of involvement in the civil rights movement dating from the fifties and the sixties.

In Austin, Ken met an older activist named Greg Calvert, who was a luminary in the New Left nationally and who served as National Secretary of SDS (Students for a Democratic Society). Love bloomed between them. Although Greg, who was out as a gay man but probably bisexual, was married to Carol Neiman, a smart and committed woman and a founder of the legendary underground newspaper in Austin, The Rag.

Greg and Ken moved in together and their relationship lasted 30 years.

Greg and Ken moved in together and their relationship lasted 30 years, ending upon Greg’s death in 2005. During those years each of them built on his academic credentials while living in Eugene, Oregon; Santa Clara, California; Austin; and New Mexico. Greg was a friend I valued greatly. I knew Ken, too, but over a shorter period of time in Austin. We have remained in touch over the years.

Greg was addicted to alcohol and drugs but fought it through the years I knew him. It was painful to see his brilliance thwarted by abuse. He had periods of sobriety but apparently never got completely free. Greg nearly died of liver problems. A doctor who was a leader in the Austin stand-ins that integrated movie theaters on the Drag performed life-saving surgery in 1981. I visited him before the surgery at Brackenridge Hospital. His liver had ballooned and he looked awful.

The night before Ken and Greg were to move to Eugene, Oregon, after he recovered, the three of us had a good-bye dinner at one of Austin’s iconic restaurants, Green Pastures. They were upbeat and full of plans.

In the nineties, Greg and Ken established a boys’ school to teach English and other subjects to poor children in Nicaragua. They helped a large number of these kids; I believe others are carrying forward that work at the school in Granada.

Greg and Ken had a loving and purposeful life and partnership.

Greg and Ken had what everyone wants — a loving and purposeful life and partnership. They even adopted a young Nicaraguan boy, Oscar, and raised him. Oscar married in the U.S. and now Ken has a grandson. For the past several decades Ken has lived and worked at the University of New Mexico in Albuquerque from which he is now retired.

When I read the book I learned something I had not really known: Ken Carpenter is a very good writer and his sentences give breath and color to all the impressive experiences of his life. Although I have known him since the seventies, I did not know of his literary talent and much of what is in this book. He is a quiet, reserved person who never is self-promoting or a backslapper. I knew him in the context of his life with Greg. I think he let Greg do most of the talking.

The chapters about conscientious objection, draft resistance, and time in a federal prison in Oklahoma; his early sexual explorations leading to his being openly gay; the time in the rich firmament of Austin before it got developed to death; and his numerous travels with Greg make very good reading, reminding us why we did what we did to change the world and the camaraderie and small victories along the way.

As I have written before, I believe this was the most exciting time in the history of the country to be young adults; to be lawyers, writers, activists; to be part of a national movement to bring radical progressive change to the country. And, most important, to bring power to the people.

Jim Simons was a movement lawyer from 1968 and continued practicing law in Austin until retiring in 2008. He worked for the Office of Economic Opportunity (OEO) and the War on Poverty, before entering private law practice. His cases at Wounded Knee and many at Fort Hood, among others, are the subject of his 2007 memoir, Molly Chronicles. He graduated from the University of Texas Law School in 1965.