Jonah Raskin : BP’s Silent Siren and our Nation of Sleepwalkers 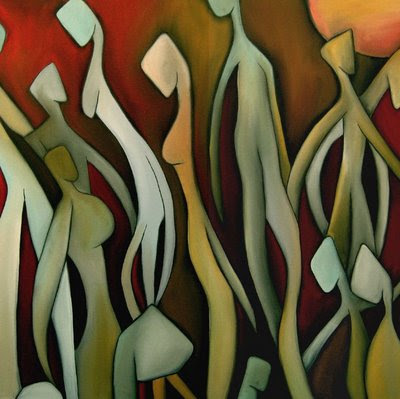 Americans have been distracting themselves to death for decades. They’ve been in denial for ages about the state of the planet, about themselves, and the political mess they’re in. Okay — that we’re in. I count myself in, not out, of this somnambulant, or sleeping-walking, nation.

Tuning out not tuning in, we’ve turned all-too-often into blind, deaf, and dumb citizens in an ersatz nation that doesn’t want to see, hear, or smell. Indeed, we have lost touch with our own senses; we know what cardboard pizza tastes like, but the real thing, perhaps not. And common sense, which was once valued highly by Americans, has gotten lost in the culture of the experts, like those at BP, who are more often than not to blame for the mess we’re in.

Now, comes the disquieting news that the emergency alarm on the oil rig in the Gulf of Mexico was turned off the night that 11 workers were killed, and that the biggest oil spill in U.S. history began to wreak havoc. This news comes not from a CEO at BP, but, as is so often the case, from a worker — from Mike Williams, who was the chief electronics engineer on the rig. Williams recently told investigators that the alarm was turned off deliberately so that workers would sleep through the night and not be woken by “false” alarms. Hey, who wants to lose sleep, especially when the world might be blown to kingdom come?

The dead alarm on the rig seems to me to emblematic of the age in which we are living — an age in which people would like to sleep through disaster, crisis, war, and sorrow. Americans have been on continual overload ever since the 21st-century began and increasingly we’re shutting off the alarm systems in our own bodies with all sorts of drugs for anxiety, depression, and more.

We are masking our feelings, and burying our heads in the seductive sands of computer screens, TV screens, and movie screens with summer blockbuster movies like Inception, in which the hero, played by Leonardo DiCaprio, penetrates the unconscious minds of his sleeping victims and plants there the seeds of destruction. Inception’s director Christopher Nolan seems to be on to something akin to that dead alarm on the Gulf of Mexico oil rig — namely sleeping victims, and impending disaster.

The nightmare, from which Americans are in constant flight and which we only allow ourselves brief glimpses in surreal movies and in our equally surreal novels, does not grow larger with the passing years. It was nightmarish from the beginning, and all through the centuries as the continent itself was destroyed and the Indians exterminated.

The oil rig is only the latest in a long unbroken string of disasters in which citizens have died and pristine waters have been polluted. The nightmare is now more deeply entrenched in the collective unconscious of the nation than ever before. It is passed down from generation to generation, and, one might say, has almost become a part of the American DNA.

I know I’m supposed to be hopeful. I’ve read Rebecca Solnit’s A Paradise Built in Hell: Extraordinary Communities that Arise in Disaster (2009), and I know that Americans are an amazingly resilient people, and that they do often thrive in amazing ways in the midst of crisis. But the opposite of Solnit’s thesis is also true. Extraordinary communities are destroyed by disaster, and hell is often built in paradise.

Perhaps it’s too late to stop the inevitable slide into global annihilation. Perhaps if someone were to sound the alarm — an alarm large and loud enough to wake the entire country — the country would turn off the alarm, roll over, and go back to sleep. Better perhaps to sleepwalk through Iraq, Afghanistan, and our own border with Mexico than to be fully awake and to have to take responsibility for our own waking acts.

[Jonah Raskin is the former Minister of Education of the Youth International Party and a professor at Sonoma State University.]

1 Response to Jonah Raskin : BP’s Silent Siren and our Nation of Sleepwalkers