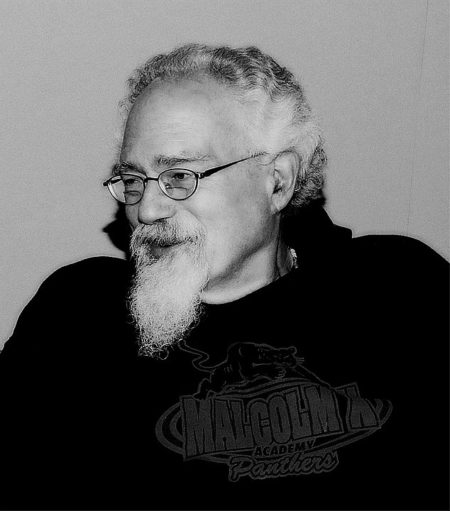 Forty-eight years ago, John Lennon, with Yoko at his side, sang the words, “They gave him ten for two, what else could Judge Colombo do?”

He sang those words before 15,000 people on the campus of the University of Michigan in Ann Arbor. “Him” was John Sinclair. “Ten” was the number of years that Judge Robert Colombo sentenced Sinclair to Jackson State Prison, and “two” was the number of joints Sinclair had in his possession when an undercover cop busted him.

On December 1, 2019, Sinclair stood at the head of the line at Arbors Wellness, a brand new licensed cannabis dispensary in Ann Arbor and made a legal purchase of a handful of joints for which he paid in cash $160.35. It was a happy ending for cannabis activists in Michigan, and for the founder of the White Panther Party, who was a poet, a bohemian, and a beatnik before he became a Sixties rebel.

In 2018, Michigan citizens voted by an overwhelming majority to legalize cannabis. For years, activists staged a pro-cannabis rally on the campus that was known as “Hash Bash.” After Sinclair was released from prison — the Michigan Supreme Court deemed his sentence “cruel and unusual punishment” — he traveled across the country with Lee Otis Johnson, a black activist who served four years of a 30-year sentence for giving a joint to an undercover cop in Houston. That was in 1967, not that long ago, and yet in marijuana years a long time ago.

Back in the 1970s, Sinclair wrote and published a manifesto titled Guitar Army in which he called rock n’ roll the “greatest liberating force of our time.” He was also the manager of the rock band, MC5.

Back then, I argued with Sinclair about his belief in the revolutionary force of rock, which seemed outrageous to me, though I also appreciated his deep feelings for jazz and the blues and his affinities for African-American culture. The White Panthers aimed to do to and for hippies and freaks what the Black Panthers did for convicts and street people who disliked “the Man.”

Forty-one years later I don’t have a beef with Sinclair. He has proved to be a survivor and a man of integrity. If he still wants a guitar army I won’t try to stop him. Hail! Hail! Rock “n’ Roll and check out the video on YouTube that features musicians and singers from around the world, including Robbie Robertson, Ringo Starr, Roberto Luti, Char, Larkin Poe, Mermans Mosengo, Ali Boulala, Sol Homar, Marcus King, Ahmed Al Harmi, and more.