In his last two books, Richardson offers potent narratives about California in the era of Jerry Garcia and Robert Hunter, Bob Scheer and Warren Hinckle. 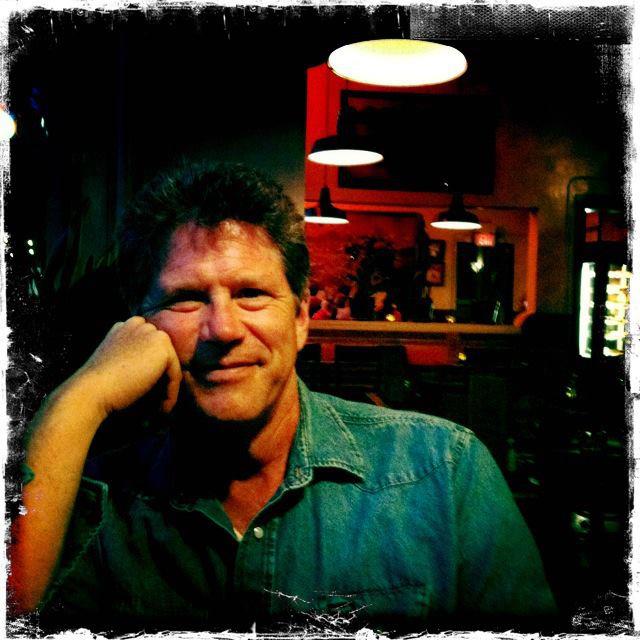 “The Grateful Dead’s status as counterculture heroes masks an even more important source of their popularity. Although they offered a fully formed alternative to America’s sober, God-fearing, and profit-maximizing ways, a large part of their appeal arose not from their resistance to American culture, but rather from an uncanny ability to tap into its inexhaustible utopian energies.”
— Peter Richardson

Blame Berkeley in the 1960s. The era and the city worked their powerful brand of magic on Peter Richardson who grew up there, then, and who now teaches popular culture at San Francisco State University to students without memories of the Beatles or even of Ronald Reagan’s presidency. 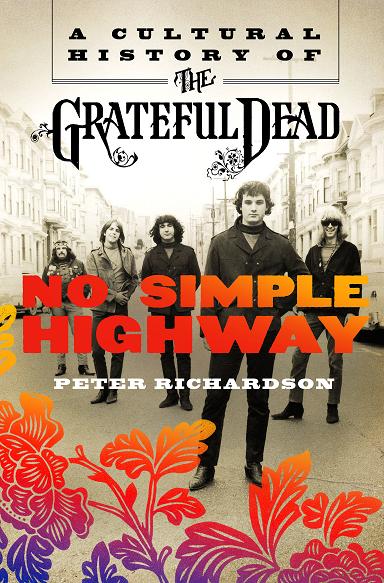 Born in 1959 at Alta Bates Hospital not far from the campus of the University of California, where he received a Ph.D., Richardson inhaled the rhythms, the rhetoric, and the radical style of the Sixties until they became an integral part of him. Reading, and research at archives and libraries deepened his understanding and appreciation of the era.

In his last two books — A Bomb in Every Issue: How the Short, Unruly Life of Ramparts Magazine Changed America (2009) and No Simple Highway: A Cultural History of the Grateful Dead (2014) — he offers potent narratives about California in the era of Jerry Garcia and Robert Hunter, Bob Scheer and Warren Hinckle, who reinvented American journalism just when it needed reinventing in an era of big lies that emanated from the White House, the Pentagon, and Madison Avenue. 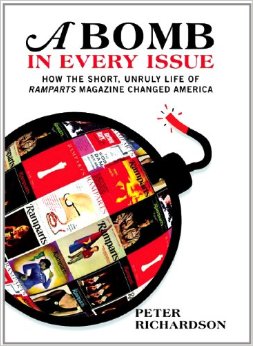 Richardson’s first book, American Prophet: the Life and Times of Carey Williams, explores the intellectual and political contributions to national public life by the author of the classic, Factories in the Field — the nonfiction version of The Grapes of Wrath — and a longtime editor at The Nation.

In the tradition of Williams, Scheer and Hinckle, Richardson looks critically at the myths of California and the United States in the twentieth century. Like them, he practices a kind of sprezzatura, that was defined long ago by the Italian author Baldassare Castiglione as “a certain nonchalance, so as to conceal all art and make whatever one does or says appear to be without effort and almost without any thought about it.”

Behind the seeming effortlessness and artlessness of Richardson’s books there’s intellectual wrestling and philosophical probing: real struggle with real issues and people.

Jonah Raskin: You’ve written about author and editor Carey McWilliams, Ramparts magazine, and the Grateful Dead. Is there’s a version of California that runs consistently from McWilliams in the 1930s to the Dead in the 1990s?

Peter Richardson: There’s at least one theme that connects these versions of California, and that’s a profound impatience with official culture — especially mainstream politics, corporate journalism, and the music industry. They also all made their work look eas, which it most definitely isn’t. I’m attracted to that kind of sprezzatura, which I associate with California. Think of Joe DiMaggio, another mid-century Californian who made his difficult craft look like a breeze.

I’ve often said that if someone is a Californian he or she is the producer, director, and star of their own movie. Do you have a story you tell about the state that reflects its identity?

‘He sang the original lyric and an enraged producer told him he would never do the Sullivan show again.’

I recount one such story in No Simple Highway about Jim Morrison. The Doors were just hitting it big and had a chance to appear on The Ed Sullivan Show, which had a huge national audience. Morrison was told not to sing the line, “Girl, we couldn’t get much higher” from “Light My Fire.” The word “higher” was verboten. Instead, he was supposed to sing, “Girl, we couldn’t get much better.” He sang the original lyric and an enraged producer told him he would never do the Sullivan show again. Morrison replied, “Man, we just did the Sullivan show!”

Why repeat that experience? Surely there were new ones that would be more interesting. The Dead (and Ken Kesey) shared that impatience with repetition. Writing in the 1940s, McWilliams said Californians lives “on the edge of novelty.” Starting with the Gold Rush, we’ve ignored or downplayed convention, which is a form of repetition.

There are many examples of that pattern, most recently in the tech world. The notion that everything good starts here doesn’t apply to music. The Dead and their peers were an exception. For a decade or so, they made San Francisco a rock capital of the world. But compare that to what author Dennis McNally calls the music of Highway 61 (the Mississippi River) between, say, 1895 and 1965. Ragtime, jazz, and the blues floated up and down the river, radiating out from New Orleans, Memphis, St. Louis, and Chicago. That music transformed American culture. The changes registered on both coasts, but they certainly didn’t originate on either one.

How does McWilliams relate to the notion of California as the origin of trends and movements?

McWilliams called California the great exception; what was true for the rest of the country wasn’t necessarily true here. It was only later that California became known as a template for the rest of the country. If it was big here, it would be big elsewhere shortly. Jerry Garcia believed this about his scene, which would move out slowly from ground zero until hippies (or rather, “heads”) were everywhere. He was right about that, but he also thought that the Reagan revolution would die with the older generation.

‘I inherited the Sixties irreverence and almost reflexive suspicion of power and authority.’

If you could have been a part of the Sixties, where do you think you would have fit in? What might you have done? 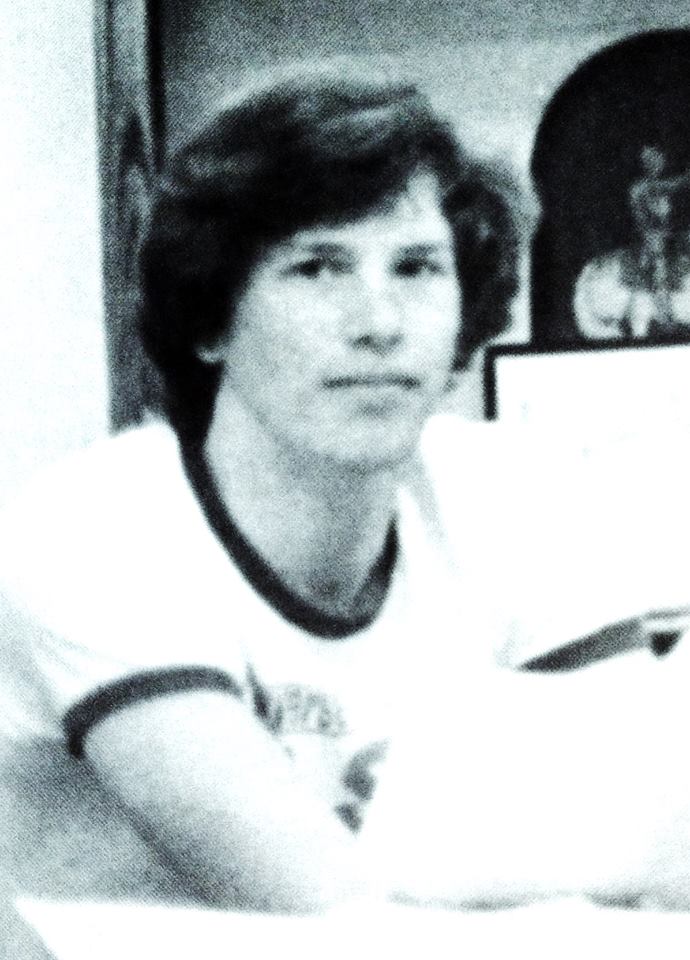 In my last two books, I’ve been trying to understand the world I was born into. At school, I saw the tail end of the Sixties and also what was coming — the Age of Reagan, which historian Sean Wilentz says ran from 1974 to 2008. For me, Watergate was a key political memory. I was shaped by the literature and film of that period, especially The Godfather, Chinatown, Serpico, and M*A*S*H*. I inherited the Sixties irreverence and almost reflexive suspicion of power and authority. I was drawn to Sixties idealism but not its Romantic extravagance. I suppose I could have been a free speech or anti-war activist, and it’s easy to imagine myself as a back-to-the-lander. In fact, I still entertain fantasies about that.

If there are stereotypes of California in the national mind what are they? Is there truth to them?

Yes, I think there are such stereotypes, and many of them have basis in fact. I’ve always thought that Arnold Schwarzenegger embodied many of them. He was an immigrant who came here to invent himself, first as a bodybuilder on the beaches of Venice. (McWilliams wrote about Southern California’s “cult of the body” going back to the nineteenth century.)

Then he conquered Hollywood, another California icon. He participated enthusiastically in California’s car culture; everyone knew he drove a Hummer and a Harley. Beaches and cars: the Beach Boys sang about little else. As candidate and governor Schwarzenegger never answered the question about marijuana use, because everyone saw him toking at the end of Pumping Iron. When it comes to the hallmarks of California culture, Schwarzenegger touched all the bases.

What stories about California do you think that Americans don’t hear and ought to know about?

It’s weird, I think, that I never heard of McWilliams or Ramparts magazine until I was in my forties. Those writers made enormous contributions to American culture and virtually no one under 60 knew anything about them. It was a different story with the Dead. They were a Sixties icon and their music was my household’s sonic wallpaper when I was growing up; my oldest brother was a fan.

But I didn’t realize their project was rooted in the 1950s San Francisco arts scene (including the Beats) that Jerry Garcia stumbled onto as a teenager. My students at San Francisco State University know almost nothing about the Dead. So for me, telling those stories has been a way to feature parts of California culture that usually fly under the national radar.

New York and California do often seem to be locked in a kind of culture war about who gets to tell the story and what the story is about. Do you see an East/West dichotomy?

Publishing remains an east-coast industry, so I think you still have to justify book projects about California. When McWilliams submitted Factories in the Field to an eastern publisher in the 1930s, he was told that California farm labor was a regional story. After the Ramparts book came out, a San Francisco librarian suggested that if the magazine had been published in New York City instead of San Francisco, there would have been a Broadway musical about it decades ago.

What is it in the California past that you want young people to know about?

In the classroom, we mostly study utopian and dystopian representations of the state. I also try to make sure my students know something about Ronald Reagan, arguably the most important American politician of the second half of the twentieth century. He’s a Californian whose story intersects with the ones I’ve written about it. My students (and my own daughters) were born in the Age of Reagan, and it’s important for them to understand his project, which in many ways was the perfect foil for the Dead’s.

‘You can also learn a lot about the state by studying Richard Nixon.’

You can also learn a lot about the state by studying Richard Nixon, whom Carey McWilliams described in the late 1940s as “a dapper little man with an astonishing capacity for petty malice.” Compare both of those figures to Earl Warren, another California Republican who hit the national stage at about the same time. Warren’s transformation from hardnosed prosecutor — McWilliams called him “the personification of smart reaction” — to progressive Chief Justice is an important American story you don’t hear much about.

For those who aren’t familiar with the Grateful Dead, what albums and songs would you recommend they listen to?

Their breakout studio albums were Workingman’s Dead and American Beauty — lots of classic tunes in both. Aficionados focus more on their live albums and concert tapes because they feature the Dead’s signature jams. Their only top-10 hit, “Touch of Grey,” came out in 1987 — more than two decades after their formation. In my book, I argue that Robert Hunter’s lyrics were a complex response to the Age of Reagan. That song was accompanied by a wonderful music video that drew on their signature iconography.

If you had been a part of the Dead’s inner circle, are there words of caution you would have spoken?

Maybe, but I don’t think I could have added anything to Robert Hunter’s lyrics, which specialized in a rhetoric of caution. My friend and colleague Jay Williams has written about this. There’s nothing easy or safe about the bohemian life the Dead chose, as Hunter’s lyrics make abundantly clear.

[Rag Blog contributing editor Jonah Raskin is the author of For the Hell of It: The Life and Times of Abbie Hoffman and American Scream: Allen Ginsberg’s ‘Howl’ and the Making of the Beat Generation.]