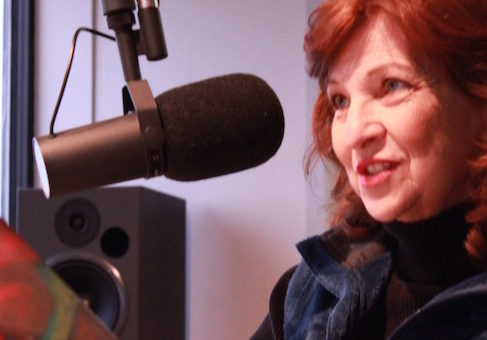 SONOMA COUNTY, California — “Texas can be California,” author Laura Moser said during a 90-minute Zoom Webinar hosted by Writers Against Trump, a new, fast-growing organization which was founded on August 3, 2020, and that already has 1,700 members in the U.S. and beyond.

Moser wasn’t thinking of California fires and California earthquakes when she made her memorable remark on August 19, 2020. She was thinking of the fact that California is a so-called “red state” and that in recent elections its citizens have voted for Democratic Party candidates like Hillary Clinton.

At the end of the session, Writers Against Trump co-founder Carolyn Forché said, “We can take Texas.” The six guests on the Zoom Webinar — Carmen Tafolla, David Modigliani, Daniel Peña, Marcel McClinton, Robin Davidson, plus Moser — are Texans. They echoed Forché’s sentiments, albeit with their own words and in their own ways.

Former Houston poet laureate, Robin Davidson, said that she wanted “to turn away from an incipient dictatorship.” She also said that she hoped to persuade a majority of 29 million voters in Texas to help flip the state. Carmen Tafolla, a former Texas poet laureate and a professor emerita of bicultural and bilingual studies at UT-San Antonio, described herself as a “Chicana feminist.” She explained that “all Latinos don’t vote the same” and that “Mexican-Americans” make up more than half of all Texas Latinos. In 2016, Ted Cruz was popular with Latino voters. What resonates well with them now, Tafolla suggested, was the notion that Trump “isn’t decent” and “doesn’t like us.”

Novelist Daniel Peña, an Austin native, insisted on the importance of finding joy and “offering some light,” which he added, “starts inside us.” Filmmaker David Modigliani, known for Running with Beto (2019), reminded participants on the Webinar that Texas once voted for Democrats like LBJ and Ann Richards and that “the pendulum was beginning to swing back” to Democrats and away from Republicans like Rick Perry and Greg Abbott.

Texas isn’t really a red or a blue state, David Modigliani insisted, but rather ‘a non-voting state.’

Texas isn’t really a red or a blue state, Modigliani insisted, but rather “a non-voting state” because a majority of citizens eligible to cast ballots don’t do so. He urged fellow writers against Trump to “contact people in our lives to which we have ties and reach people to whom we have personal connections.” Modigliani added, “Don’t just be about Trump. Tell people about the plans that Biden and Harris have.”

Marcel McClinton, a former Republican, and a survivor of a mass shooting that took place in 2016, outside a Methodist church in Houston, explained “my generation can’t afford four more years of Trump.” McClinton is 18. He said that he and his friends had reached out to every college student in Texas and urged them all to vote.

Laura Moser called herself “a Bernie person” and suggested that “Republicans were better than Democrats at telling stories.” She urged writers to connect to one candidate running for local office, to work for that person and to “create a micro community.” Moser added, “a luta continua.” The expression, which was coined by rebels against Portuguese colonialism in Mozambique at the end of the twentieth century, has echoed around the world. With less than 40 days to the national election, the participants were all understandably stoked and eager to stoke others, while warning against burn out.

“We have to brace ourselves for what comes after Election Day,” McClinton said.