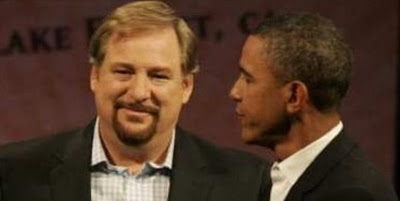 I was in Long Beach, California on Saturday for the annual conference of the Muslim Public Affairs Council, where Pastor Rick Warren and I were both headliners.

Before I go further, I just want to praise MPAC as the most wonderful people. This is the American Muslim community at its best– socially and spiritually active, deeply interested in civil rights, and insisting on reclaiming their religion from extremists. Many of them are religious and social liberals who dislike fundamentalism. Anyone looking for a worthy charity to donate to in this season of giving should seriously consider MPAC. It is an American organization and only accepts money from Americans, and Homeland Security presented there, so it has all the bona fides.

Back to the conference. There are two stories here of wider interest. One is Rick Warren addressing a Muslim audience. The other is his being at the same event with Etheridge, who is gay.

I was told that Warren’s friends among the MPAC Muslim community had urged him to call Melissa Etheridge Friday night in the run-up to their being (serially) on the same stage Saturday night, and that he did so and they talked for half an hour. During his address, Warren mentioned also seeing Etheridge backstage on Saturday.

Local television in Los Angeles showed a short clip of Etheridge after the event asking gay leaders to reach out to Warren, just as they wanted him to reach out to them.

This stance was big of her, since she and her partner had planned to marry but were prevented from doing so by the same Proposition 8 that Warren worked for, and she was so upset she suggested she would refuse to pay California taxes since she is obviously not considered a full citizen by her fellow Californians.

Warren took the stage, friendly and ebullient, and implicitly complained about the bad press he has gotten since Obama announced he would read the invocation. He said that the media likes conflict, and where there is harmony there is nothing for them to report. When there is no conflict, he said, the media will create one.

Warren said, “Let me just get this over very quickly. I love Muslims. And for the media’s purpose, I happen to love gays and straights.”

He explicitly mentioned meeting Etheridge, and explained that he has been a long time fan of hers, beginning with her self-titled first album of 1988. “I’m enough of a groupie,” he said, “that I got her autograph on the Christmas album.”

Warren also talked about the increasing rudeness and rancor of public life in the United States, and urged greater civility and willingness to work with people across the spectrum of opinion. He said, “We can disagree without being disagreeable.” He also made a point of saying that al-Qaeda is no more representative of Islam than the KKK is of Christianity. Contrast that to the sorts of things Mike Huckabee or Rudi Giuliani said during the presidential campaign.

But just a gentle reminder to Warren that saying for Melissa Etheridge to be married to Tammy Lynn Michaels is equivalent to pedophilia or incest is not actually very civil or nice or humane. [emphasis added]

Since I knew both of us would be at MPAC, I bought Warren’s book, “The Purpose-Driven Life,” and read it on the plane. I was a religion major, so I’ve read a lot of theology in various religions. It is mostly just standard evangelical talking points.

Warren’s book does have some strengths. I was struck that Warren’s section early in the book on the notion of “surrender” to God is the best explication I have seen in English of what Muslims mean by Islam. Since he was talking about Christianity, these passages are an unwitting argument for the unity of religions.

So imagine my surprise when I heard Warren talk at MPAC and found that he is a genuine, likeable man. And more than likeable, he seems admirable. A lot of pastors would tell the story of building their congregations and saving souls as the pinnacle of their lives. For Warren, that was only the beginning. He and his wife had an epiphany six years ago when she read an article about there being 12 million children in Africa who had been orphaned by AIDS. They started going to southern Africa, and Warren became devoted to helping those orphans.

But then he began thinking bigger. He has identified 5 major problems he wants to address: Spiritual emptiness, corrupt leadership, disease pandemics, dire poverty, and illiteracy. He wants to do job creation and job training. He wants to wipe out malaria in the areas where it is still active. He is convinced that religious congregations are the only set of organizations on earth that can successfully combat these ills. And he is entirely willing actively and directly to cooperate with mosques to get the job done.

In opinion polls, evangelicals are by far the most bigoted Americans versus Muslims. But that sentiment derives from theological competition (and competition for souls). Once a pastor turns, as Warren did, to a social gospel, then he has social goals to accomplish, and he needs all the help he can get. A social gospel creates a field of practical ecumenism.

So you begin to see why Obama is reaching out to this man. (In fact, Warren reached out to Obama 3 years ago and had him to his Saddleback Church despite it being a Republican bastion, and says he took heat from his congregants for that step). If Warren is the future of the American evangelical movement, then many more evangelicals might end up Democrats, since it is Democrats who care about poor people, illiteracy, and AIDS victims. And if any significant proportion of evangelicals can be turned into consistent Democrats, the party would more regularly win elections in some parts of the country and even nationally.

Moreover, Warren’s work to improve the lives of Africans probably means something to Obama.

I came away liking and looking up to Warren. In fact, I wonder whether with some work he could not be gotten to back off some of the hurtful things he has said about gays and rethink his support for Proposition 8.

Maybe Melissa Etheridge, who is otherwise very angry about Prop 8, saw the same thing in him.

So, then on to Melissa Etheridge. Here is the song that Melissa and Salman sang:

They were introduced by a video of Deepak Chopra talking about their Bells for Peace campaign:

Join Melissa Etheridge, Salman Ahmad, Deepak Chopra in an experience that will reach the world through critical mass. On December 21 at noon, where ever you are: at work, home, or school. Get outside, meditate, intention, pray or wish silently for one minute, and then ring a bell for peace for one minute.

Etheridge said in her remarks before they sang that she started hanging out with Salman about a year ago, and that he had introduced her to Sufism, which accorded with her own spiritual path. They met at the Nobel Peace Prize dinner in December of 2007, and she then invited him to come stay with her in Los Angeles.

I’ve also been a fan of Melissa Etheridge since 1988, and her encounter with Sufi rock is a twist that fascinates me.

So that was my day in Long Beach. It was an eclectic day. It struck me that it was a very American day, and a good day for America.

This entry was posted in RagBlog and tagged Gay Pride, Islam, Rick Warren. Bookmark the permalink.