Keith Joseph : Surplus Labor and the Mystery of Capitalism 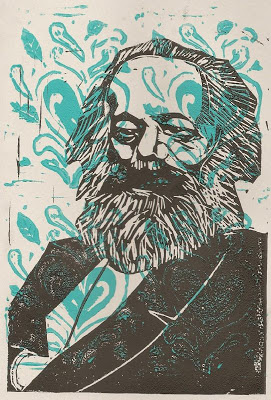 Three concepts are necessary to understand the basics of Marxism: Class, Surplus, and Exploitation. Before proceeding to these three concepts a caveat is necessary. Marx and Engels’ collected works fill 50 volumes and many texts remain unpublished. The secondary literature on Marx’s theory is elephantine, not to mention the original contributions to revolutionary thought from practicing Marxists as well as revolutionaries from other theoretical traditions.

So, it would be a remarkable lie if I were to say that the introductory remarks below represent the essence of Marxism or socialism — it is a big topic. And there are very many Marxisms. But the three concepts I chose are crucial to understand Marx’s magnum opus Das Kapital. In future essays we can investigate additional concepts necessary for an understanding of capitalism (the market, fetishism, money, capital).

The most important concept in my view is surplus labor and its related opposite, necessary labor. Surplus just means “more” or “extra” — as in more than is necessary. All societies produce a surplus of goods and services — a surplus of wealth beyond what is necessary for the people doing the work.

Take, for example, a communal egalitarian society like the Iroquois or Cherokee before the European invasion; all members of the tribe work except the very young, the very old, the sick, and disabled. In order to care for those that cannot work (the young, the old, etc.) those who can work must produce a surplus, extra — they must produce more than is necessary for their own sustenance. This extra is the difference between what the people who do work need to live and what they produce for others.

These societies are egalitarian or non-exploitative because the people who produce the surplus control it collectively and decide how to use it — the decision to take care of the old, the young, and the sick is made by the people who do the work.

Now let’s look at surplus in very different social relations. Take slave-based societies: the slaves do the work and the master gets the product of their work and decides what to do with it. The difference between what the slaves get back as food, clothing, and shelter and what the master keeps is the surplus.

Marxism defines class by the relationship between groups of people (classes) and the production, appropriation, and distribution of surplus. I should qualify that assertion by saying different Marxists have different ways of thinking about classes — some identify classes by consciousness (class consciousness, or identity), others by property (ownership of means of production) or power (theories of the elite). Mainstream discourses usually think in terms of income or status: i.e., “blue collar or “white collar,” or “middle class.”

Sometimes these alternative ways of thinking about class yield insights, but often they obscure the question of exploitation. Thinking about class in these different ways will lead to very different politics and social practices. I will say more about this later, but first we should look at a couple more class structures.

In European feudalism somewhat different arrangements for exploitation occurred. In the corvée system a peasant family might work on a piece of land for three days and keep the fruit of their labor for themselves. Then they were required to work an additional three days on a different piece of land — the fruit from this labor was delivered to the feudal lord. The first three days are necessary labor (necessary to re-produce the peasant by providing food, clothing, shelter and so forth) and the second three days are surplus — taken by the lord (and the seventh day, of course, is devoted to the lord above).

Exploitation and class difference are obvious under slavery and feudalism. The slave and the peasant know that they do the work and their lords and masters don’t work. The systems are justified in two ways: violence and ideology. Slavery and feudalism require the extensive use of force, but force can be a blunt and limited tool. In addition to force ideologies are developed to win the consent of the exploited.

Some religious ideologies, for example, propose that social hierarchies are ordained by god and reflect the spiritual world, or ideologies like paternalism, or white supremacy which racialize class differences making them seem natural, biological, or divinely sanctioned. The obviousness of exploitation in a slave or feudal society disappears under capitalism.

What is clear under slavery and feudalism becomes mysterious under capitalism. The hidden nature of capitalist exploitation accounts for the rise of economics as a science. Economics emerged with the rise of capitalism because it was unclear, for instance, how market prices were determined, or where profit comes from.

Marx’s most important works, the four volumes of his magnum opus Capital (totaling over 4,000 pages) is a study of how surplus is produced, appropriated, and distributed in capitalist societies, or as he called it, “the capitalist mode of production.” Marx built on the work of his predecessors, especially Adam Smith’s The Wealth of Nations, and David Ricardo, another important classical political economist.

The short story of work under capitalism goes something like this: When you go to work, part of the day you spend producing the goods and/or services that you will get back in the form of wages or as a salary. This is the necessary part of the working day because you are making the value that you need in order to buy the things you need to live. But once you have produced this value you will keep working, and during this time you will be producing surplus that the capitalist will take.

Marx wants us to see that labor produces surplus and the exploitation of workers is the origin of these different forms of capitalist income.

The story is simple when we look at an egalitarian society, or a slave society. In these societies everyone knows that labor produces the goods and services that we need to live on. It is no mystery. But under capitalism it is a great mystery.

The mystery emerges basically for two reasons. The first is what Marx calls commodity fetishism and capital fetishism. Fetishism is expressed in an idea like “money makes money.” Under capitalist social forms it appears that money magically produces itself. What is hidden then is the exploitation of labor; money only makes money if it exploits labor somewhere along the way.

The second reason for the mystery of exploitation under capitalism is ideology. Workers are daily bombarded by an ideological assault (paid for out of the surplus we produce) telling us that the system is just, that “capitalists take risks” and so they deserve a “reward,” or investors “contribute” their capital and “deserve a return” and other such nonsense designed to legitimize exploitation

[Keith Joseph is an independent scholar, community organizer, and member of the Committees of Correspondence for Democracy and Socialism.]

3 Responses to Keith Joseph : Surplus Labor and the Mystery of Capitalism