It is as though the Democratic Party has declared that the rabble who vote are not to be trusted with the fate of the party. 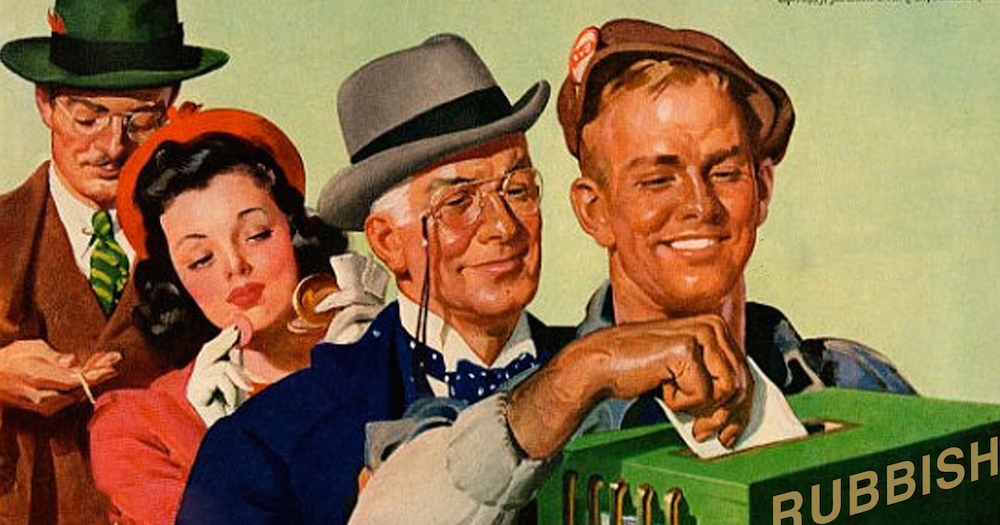 SAN MARCOS, Texas — I’ve never liked the idea of superdelegates, those elected officials and other VIPs (usually former politicians and party officials) who automatically become delegates to the Democratic National Convention to select the presidential nominee. It always struck me as undemocratic to give such people, who already have enormous power, the right to boost their power through this scheme.

To be clear, I considered myself a member of the Democratic Party (there is no Democrat Party — that’s an invention of the Republicans) until the primary in 1992, when Bill Clinton was selected as the nominee. What turned me off to Clinton and the party was his use of the race card and the pro-death penalty issue during that primary campaign. He took a couple of days off the campaign trail to return to Arkansas so he could be there for the execution of the black and mentally defective killer Ricky Ray Rector, who was unable to understand the meaning of execution.

Clinton’s ‘dog whistle’ use of race and the death penalty was more than I could accept.

Clinton’s “dog whistle” use of race and the death penalty to garner votes was more than I could accept from a candidate for president.

Nevertheless, I grew up as a sympathizer of the Democratic Party. My congressman was the moderately liberal Jack Brooks. When I went to college, I was represented by the LBJ-influenced Jake Pickle. When my family moved to Houston in the 1970s, we were represented in Congress by Barbara Jordan and then Mickey Leland before his untimely death.

My luck ran out when we moved to Bryan-College Station and became the unfortunate serfs of Phil Graham. Living in San Marcos has resulted in representation by an array of Republicans (Greg Laughlin, Ron Paul, Lamar Smith) and by Lloyd Doggett for a brief period. San Marcos has been flipped around quite a bit in the redistricting shenanigans of the Republican-dominated Texas Legislature.

Until 2015, Democratic Party caucuses were one of the most interesting playgrounds of the political-minded in Texas. I participated in many Democratic caucuses over the years and was a delegate to the county or district conventions several times. When the superdelegate system started after 1968, I wasn’t thrilled, but there was little for the rank-and-file to do about it. The exact number of superdelegates has varied through the years. This year, superdelegates make up about 15% of total delegates, around 712, though I could find nothing about this at the Democratic National Committee website.

Superdelegates are officially undeclared, but many quickly choose a candidate to support.

Superdelegates are officially undeclared delegates, but many quickly choose a candidate to support. Hillary Clinton is reported to have wrapped up the support of a majority of the superdelegates this election cycle, even though primary voting has just begun.

Bernie Sanders was the overwhelming winner in the February 9 primary, getting 22% more votes than Hillary Clinton. He was allocated 15 delegates; Clinton received 9. But because six of the superdelegates declared their support for Clinton, she has come out of New Hampshire with the same number of delegates as Sanders – 15. The other two superdelegates have not yet declared whom they will support for the nomination.

Sanders could come out of New Hampshire with 15 votes and Clinton with 17.

It is possible, then, that Sanders, the overwhelming winner in the popular vote, could come out of New Hampshire with 15 votes and Clinton with 17, if those other two superdelegates decide to support Clinton. Such a result, even if Sanders captures the remaining two superdelegates, is decidedly undemocratic.

It is as though the Democratic Party has declared that the rabble who vote are not to be trusted with the fate of the party. The Democratic Establishment must be allowed to put its collective thumb on the scale to prevent the people from having their way.

Of course, this issue of who should be allowed to vote has been around since the beginning of this country, when only white, male landowners 21 or older were allowed to vote in most states. These decisions left out most women, blacks, native Americans, those without sufficient education, those with insufficient length of residency in the jurisdiction, those with certain religious beliefs, and those who did not own land.

Fortunately, the country as a whole has seen the error of its ways and corrected most of these injustices, though it took nearly 200 years to get to where we are today. Even now, the Republicans (mostly) are doing everything they can to prevent many people from voting through voter suppression and voter restriction legislation and administrative actions that target the poor, minorities, those who don’t register sufficiently in advance of an election, and those convicted of certain crimes.

The disenfranchisement of convicted felons is not uniform among the states.

The disenfranchisement of convicted felons is not uniform among the states, however. In Maine and Vermont, felons while still in prison retain their right to vote. In Florida, Iowa, and Virginia, felons and ex-felons permanently lose their voting rights. In the last two decades, seven states have repealed lifetime disenfranchisement of felons and two states have given probationers the right to vote.

In 21 states, there is a path to reinstating voting rights for felons. Many other states have waiting periods after a sentence is completed before voting rights are reinstated for non-violent felons. In Texas, those who have been incarcerated have their voting rights restored after they complete their full sentence, which includes probation, parole, and prison. For state-by-state information on felon voting rights, go here.

It is strange in a so-called democracy that the Supreme Court views the right to vote as a privilege, while the right to keep and bear arms is absolute, though some regulation is permitted. The same is true for speech, assembly, freedom of religion, etc. Only our right to vote is not a right, though it is mentioned five times in the Constitution.

The right of citizens to vote is given short
shrift by the courts.

The right of citizens of the United States to vote is given short shrift by the courts, perhaps because of its absence from the original Bill of Rights. But it is also apparent that Americans today remain ambivalent about their understanding of democracy. There remains a distrust of the rabble to have their way. And the establishment in general, and the Democratic Party establishment in particular, have found ways to protect their interests from being challenged by the people.

John Adams expressed his view about the danger in allowing universal suffrage in a letter to James Sullivan in 1776:

Depend upon it, sir, it is dangerous to open So fruitfull a Source of Controversy and Altercation, as would be opened by attempting to alter the Qualifications of Voters. There will be no End of it. New Claims will arise. Women will demand a Vote. Lads from 12 to 21 will think their Rights not enough attended to, and every Man, who has not a Farthing, will demand an equal Voice with any other in all Acts of State. It tends to confound and destroy all Distinctions, and prostrate all Ranks, to one common Level.

Following Adams’ lead, the Democratic Party establishment continues to want to keep a distinction between the mass of the people and the establishment’s special place of privilege in the party and in society. To do so is undemocratic and unworthy of the politicians’ claim that the United States is an exceptional country, unsurpassed by any other.