Making You Safer Through Personal Invasion 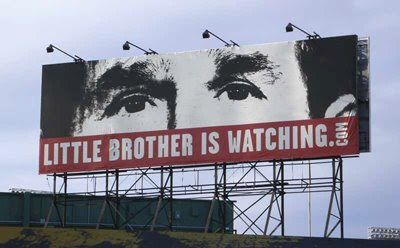 The extent of this practice is unknown despite requests to the Department of Homeland Security from the Senate Subcommittee on the Constitution and several nonprofit agencies.

The department also declined to send a representative to the hearing. Subcommittee Chairman Russ Feingold, D-Wis., said Homeland Security had told him that its “preferred” witness was unavailable Wednesday.

Feingold added that he’d submitted written questions about the seizures of electronic data — and of some devices — to Homeland Security Secretary Michael Chertoff in April. To date, Feingold said, he’s gotten no reply.

Chertoff’s department provided a written statement that said it wasn’t its intention to infringe on Americans’ privacy but to protect the country from terrorists and criminals, whose electronic devices can reveal incriminating materials.

During border searches of laptops, according to the statement, the department’s Customs and Border Protection officers have found “jihadist material, information about cyanide and nuclear material, video clips of improvised explosive devices being exploded, pictures of various high-level al Qaida officials and other material associated with people seeking to do harm to U.S. and its citizens.”

Jayson Ahern, the deputy commissioner of Customs and Border Protection, signed the statement.

Some witnesses noted that the 9th U.S. Circuit Court of Appeals in San Francisco had ruled in a recent child-pornography case that federal agents could seize a laptop computer at the border without reasonable suspicion that its owner was engaged in unlawful activities.

However, several witnesses said that the ruling, by the most liberal of U.S. appeals courts, didn’t end their concerns about Homeland Security’s refusal to explain the standards for its searches, how it protects privacy, how the seized material is used and who can see or use it.

They and other groups consider seizures made without probable cause to be an invasion of privacy that leaves the door open to ethnic and racial profiling.

Farhana Khera, the president of Muslim Advocates, a San Francisco nonprofit, said they’d received complaints from Muslim, Arab and South Asian Americans. She said they also had been questioned about their political, religious and personal views.

Her organization surveyed its 2,500 members in February, Gurley said. Of 100 respondents, seven said border agents had seized their laptops or their files. Four out of five, she said, were unaware that border agents could seize their electronic data and devices.

This entry was posted in RagBlog and tagged Homeland Security, U.S. Government. Bookmark the permalink.