Marc Estrin : The F-35 and the NIMBYS of Death 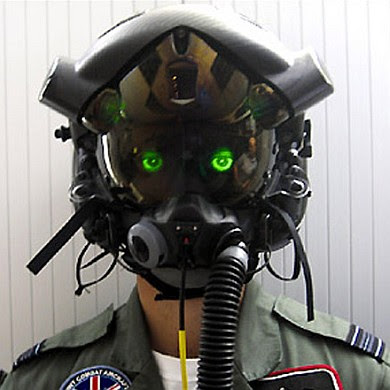 BURLINGTON, Vermont — This week the Secretary of the Air Force selected the Vermont National Air Guard as one of the top two contenders for housing “a national treasure,” the new F-35 Joint Strike Fighter. Our liberal congressional delegation is jumping with joy, with Sen. Leahy enjoying the “cream rising to the top,” Sen. Sanders basking in the “great national respect and admiration,” and Rep. Welch crowing about “400 full-time and 700 part-time employees, military and civilian, [who] receive about $53 million annually in pay and contribute about $2 million each year in fire and rescue services from their airport base.

There have, of course, been some grumblers, the most cited being those airport neighbors complaining about a drop in property values and lives made noisome by unbearable decibels. While the militarized world at large understands and sympathizes with their issues and hopes to “work with them,” their concerns shrink, and are dismissed in the face of the larger issues of jobs and “national security.” They are labled NIMBYs — Not In My Backyarders. “What you’re doing is OK — just go do it elsewhere.”

But what is it it the F-35s are doing, beyond being national treasures and making a hell of a noise? What is it that is OK, as long as it’s elsewhere? There are those of us mean enough to point to its main task — mass murder. That’s why we don’t want F-35s based in Burlington — or anywhere else.

Burlington, Vermont — bobo paradise, the People’s Republic of, — does love its sleek if noisy aircraft. For several years, we enthusiastically hosted an airshow put on by the Navy’s Flight Demonstration Squadron, the Blue Angels.

Although very few of us support mass murder, I had an interesting conversation recently with an intelligent woman, highly critical of the war, who was all excited about this air show.

“I know I shouldn’t really love it — but it’s so exciting. Those planes are so beautiful, the pilots’ skill is so impressive. It triggers off some visceral reaction…”

“Would you be excited to see someone beheaded, or perhaps burned at the stake?” I asked.

“No!” she averred, “But nobody gets killed at the air show.”

What was amazing to me was the screeching to a halt of thought. No, short of a crash, these planes would not kill anyone at the air show. But they are the meanest and most vicious of killing machines, designed to bring fiery death to any persons or structures in their cross-hairs.

They are “smart,” these machines, and their pilots are smart, well-trained, and their bombs are “smart,” and we never intentionally kill innocent civilians. Yet somehow, there is always “collateral damage.” No one gets killed at the air show. Only everywhere else such machines perform.

At the time of the show, and in the face of F-35-like protests, a local columnist wrote a piece in the Burlington Free Press entitled “Cause It’s Cool, Let Airshow Roar”: “C’mon guys,“ he wrote,

all you waterfront zealots, anti-war movers and shakers, environmental sorts. Can’t you just get off your high horses for a day, stop being so stuffy, and, like, just have some fun watching the boys play with their toys? ‘Cause it’s cool, man. Don’t get your undies in a knot. Hey, even the Make-A-Wish Foundation loves it. [The foundation will receive a charitable donation from the proceeds.] Are you against dying kids? Meanies.

He advised the peace-freaks to just “close their eyes and imagine that the jets torching along at 500 mph are on a peace mission promoting sustainable global tranquility.”

But these jets, and worse, the F-35, will not be promoting global tranquility. They are promoting defense profits, over-the-top military macho, and by implication approving the world-wide death and suffering it creates. They are promoting killing kids who have no Make-A-Wish foundation, and whose only wish is that the wars around them would end. And not least, they are enticing our own children to graduate from violent video games to doing the real thing when they grow up.

I know — all those Burlingtonians who are thinking such thoughts are just elitist prigs with twisted undies. Why can’t we just be cool, instead of raining on the party? Besides, think of the jobs.

This entry was posted in Rag Bloggers and tagged Marc Estrin, Military, Vermont. Bookmark the permalink.

1 Response to Marc Estrin : The F-35 and the NIMBYS of Death