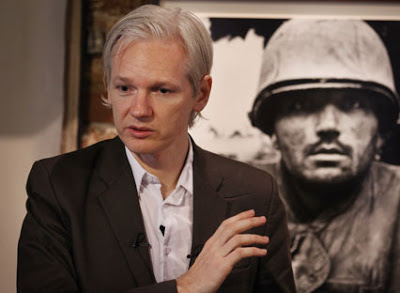 Never was the case so weak for throwing another $33 billion into the Afghanistan sinkhole, but that’s what a defensive U.S. Congress did anyway on Tuesday evening, July 27. The vote was 308-114, with Republicans supplying most of the pro-war votes.

Washington-based peace groups, after weeks of e-mailing messages to Congress, put the best face possible on the vote, claiming a “significant” gain of 14 additional antiwar votes over the 100 cast for a similar amendment by Representative Barbara Lee two weeks ago.

The highest measure of House opposition remains the 162 votes, including Pelosi’s, cast in the House recently for Representative Jim McGovern’s amendment requiring an exit strategy including a withdrawal timeline. Only 18 senators voted for an identical amendment by Senator Russ Feingold earlier this spring. The dissenting numbers have almost doubled since last year.

In the moments after Tuesday’s vote, a representative of Barbara Lee’s office said new antiwar measures may be put forward around the defense appropriations bill later in this session. No concrete plan yet exists.

Those Congressional anti-war votes are in part due to years of grassroots work and mobilization, according to Rusti Eisenberg of the legislative committee of United for Peace and Justice. Is the glass half-full or half-empty?, she asks.

What is clear is that there was never a better time to stop or delay this war. The political climate around Afghanistan turned extremely sour in the days leading up to Tuesday’s vote. The Washington establishment was shaken by the spilling of 91,000 classified documents by the independent muckrakers at WikiLeaks.org. The raw documents revealed a much grimmer situation in Afghanistan than portrayed by the White House and the Pentagon with its information-war strategy.

As millions read the WikiLeaks revelations in The New York Times, the Guardian and Der Spiegel, a nervous White House pressed for an immediate House vote. “We don’t know how to react. This obviously puts Congress and the public in a bad mood,” lamented one White House official.

The president could have declared that the newly released materials only add to a growing consensus that the war is unwinnable. Instead he sent his spokesperson Robert Gibbs out to discredit the founder of WikiLeaks, Julian Assange, who is fast becoming a hero in the global info-wars.

Gibbs was offended by a German interview with the elusive Assange, in which he said “I enjoy crushing bastards,” a sentiment that will do him no harm with Assange’s readers and collaborators.

The Pentagon also is seeking to muzzle and imprison the American Private First Class Bradley Manning, 22, charged with downloading the documents and sending them to Assange. Manning, who is known by his hacker name Bradass87, copied the secret information on a CD labeled “Lady Gaga” while pretending to hum along to her music.

“I want people to see the truth, the non-PR version,” said Manning. While downloading the materials, he had discovered “awful things that belong in the public domain and not on some server stored in a darkroom in Washington, DC… I just couldn’t let these things stay inside of the system and inside of my head.”

Manning calls his action “open diplomacy… It’s beautiful and horrifying. It belongs in the public domain.”

WikiLeaks founder Assange announced Monday that he has another 15,000 documents ready to release.

For now, funding for the escalation has been salvaged by the House vote. But the full impact of the documents remains to be seen. If the Pentagon finds a way to shut down WikiLeaks, it is likely that a huge media and public protest will follow. Going forward with upbeat messages about the war becomes hazardous for Obama too, especially with the release of more documents threatened. Pressures thus will increase here and across the NATO alliance to begin reducing the military presence.

On the very day the disclosures were splashed across front pages, American officials were quarreling with Afghanistan’s President Hamid Karzai over whether 52 civilians were killed by Western rockets in Helmand Province, a scene of the current offensive. And, according to official sources interviewed by Dexter Filkins of The New York Times, Karzai is “pressing to strike his own deal with the Taliban and the country’s archrival, Pakistan, the Taliban’s longtime supporter.”

Instead of bending to these apparent realities, Obama instead seems intent on doubling-down with the military offensive in Kandahar and his secret attacks in Pakistan.

No one in the government has found a way to stop him, despite 73 percent of Democrats and a majority of independents opposing his Afghanistan policy. By voting for war funding without conditions, Congress has yielded its checks and balances function, and now is being usurped and outperformed in its oversight responsibilities by the twentysomething geeks of WikiLeaks.

[Tom Hayden is a former California state senator and leader of Sixties peace, justice, and environmental movements. He currently teaches at Pitzer College in Los Angeles. His books include The Port Huron Statement, Street Wars and The Zapatista Reader.﻿]