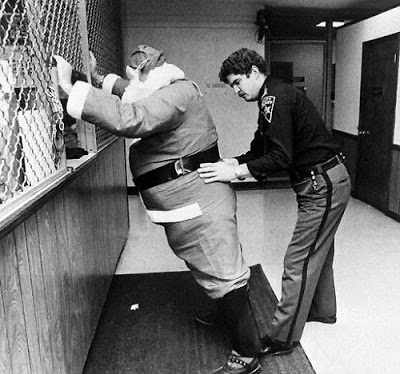 Thanksgiving came early this year, and a lot of non-traditional groups have had more reason than usual to be thankful. Among these, male sex workers are the big winners, but hey, babe, let’s take it slow!

Anti-family carnivorous loners got a boost from none other than advice columnist “Dear Abby,” who has for the last several years been impersonated by one Jeanne Phillips, daughter of the column’s kinder, gentler, founder. Asked by “Turkey Eater in Texas” whether one was under any obligation to respect the wishes of a brother and two nieces for vegan Thanksgiving fare, Phillips gave a resounding slap to family values, advising that the renegade relatives be told to “bring something they will enjoy or make other plans.”

Wonderfully grumpy, especially since including vegan dishes in our holiday fare might be easier than making them “traditionally”: simply leave the milk, butter, cheese, sheep-derived marshmallows, and lard out of the vegetable dishes when preparing them. Put butter and cheese on the table for people to use as they choose. Substitute vegetable oil for the swine fat.

Would it kill you to cut down a bit on the cholesterol during the holidays, Turkey Eater? You can have your turkey and ham on the table; the vegans don’t have to eat it, but omnivores shouldn’t have to clog their arteries, either. And, at the risk of revealing truly radical tendencies, couldn’t somebody make dessert with a non-sugar sweetener? Or will insulin be served with the coffee?

Of course, Thanksgiving marked the official beginning of the annual “War on Christmas” season of national schizophrenia, when newscasters and columnists decry supposed threats to the pagan/Christian holiday. Grinches will grin to hear that this year network and cable television channels will present 160 holiday specials, not counting holiday episodes of almost every regular series, and ubiquitous holiday greetings from athletes and sportscasters during virtually every sports event from now through the New Year. (Think about all those advertising dollars, kids, and this phony “war” makes a lot more sense, like the once-secret U.S. attack on the “USS Maine”!)

How does this phethora of pablum gratify the anti-Santa contingent, you ask? Well, look at the odds: most of those 160 holiday specials, and most of the series holiday episodes, concern Christmas, not Hannukkah or Diwali or Yule. And in most — really I don’t know of anywhere this isn’t the case — Christmas is threatened, and must be saved by some unlikely hero or heroine: a freaky reindeer, a dog who thinks she’s a reindeer, folks who sing carols when their presents have been stolen.

Hey, it’s just a matter of time until one of these losers loses, and Christmas is defeated once and for all! So far, the closest to a real cartoon victory in the War on Christmas may be Futurama’s Robot Santa episodes, with a wise-cracking metal maniac delivering murder and mayhem to good and bad kids alike.

The huge variety of Christmas foes seen in the annual television glut is worth noting. From Central Park Rangers and low Christmas spirit in Will Farrell’s “Elf,” to miserly Scrooge in the Dickens classic, to Winter itself against misfit toys and talking snowmen; talk about a broad united front! And this year, the still-plummeting economy may at last deprive Santa’s media defenders of their most reliable weapon for saving Christmases Past: unrestrained consumer spending.

The holiday season and the sexually deviant

Now, as promised: the best news this holiday season is surely for the sexually deviant and/or adventuresome among us.

First, everyone has been salivating over the Transportation Safety Authority’s (TSA) official new gropings! I almost ran out and booked the first flight going anywhere! This fellow Tyson in California who got all upset by the prospect of someone touching his “junk” is clearly a terrible prude.

What will happen, you think, when a passenger moans in ecstasy while having her breasts diddled for contraband? Could one be aroused beyond the point of self-control by being felt up in the middle of a busy airport? In photos of the new pat-down procedure, TSA employees are seen kneeling or bending to probe groins and buttocks with rubber-gloved digits. Oh-baby-oh-baby!

Some irate travelers plugged for a national “opt-out” day to slow airport security lines and mess up everyone’s holiday travels, and a part of me wanted to go with that, but another part is like, “No, man, let’s have a big love-in on Concourse 3!”

(Mostly male) pilots have been excused from radiating full-body scanners and pat-downs, through the efforts of their union. (Mostly female) flight attendants have not, and are crying double standard. And they’re partly right, but may not win the point. Pilots, the argument goes, can intentionally crash a plane anytime they want, so are unlikely to carry explosives in their underpants.

The TSA even lets pilots pack heat in the cockpit, as a last defense against in-flight terrorists. Flight attendants aren’t usually in a position to crash a plane, and don’t have permission to carry guns in the air. I figure they’re going to get stuck in the scanner lines with the paying customers.

And male sex workers have the most to be thankful for, following Pope Benedict’s approval of their using condoms to prevent AIDS. The startling announcement was received with wild expressions of renewed religious fervor among Italy’s devout male prostitutes, for whom contraception is usually not an issue.

Here, too, a double standard may appear to apply, as female prostitutes did not receive similar dispensation from His Holiness. Clearly, however, their spiritual interest in preventing AIDS infection from a diseased client is pre-empted by their spiritual duty to bear his child, should God will that they receive that infection instead of, or in addition to, the modern plague.

Can the day be far ahead when the Vatican will allow pedophile priests to use condoms while molesting choir boys, as a “first step in assuming moral responsibility”? But for heterosexual couplings of any age or condition, fuggeddaboudit!

And in a final travel note

If you’re traveling this holiday season, The Rag Blog hopes you’ll remember that everyone else on the highway is a homicidal drunk who is sexting Grandma while speeding blindly up your tailpipe. Don’t trust anybody over or under 30! And if you really pig out, try to spend a few hours after dinner with people who can recognize a heart attack. You can probably help save Christmas without falling under the sleigh.

[Mariann Wizard, a Sixties radical activist and contributor to The Rag, Austin’s underground newspaper from the 60s and 70s, is a poet, a professional science writer specializing in natural health therapies, and a regular contributor to The Rag Blog. And, we might add, a world class cut-up.]