Publisher of Austin community newspaper, ‘NOKOA: The Observer,’ is dead at 70. 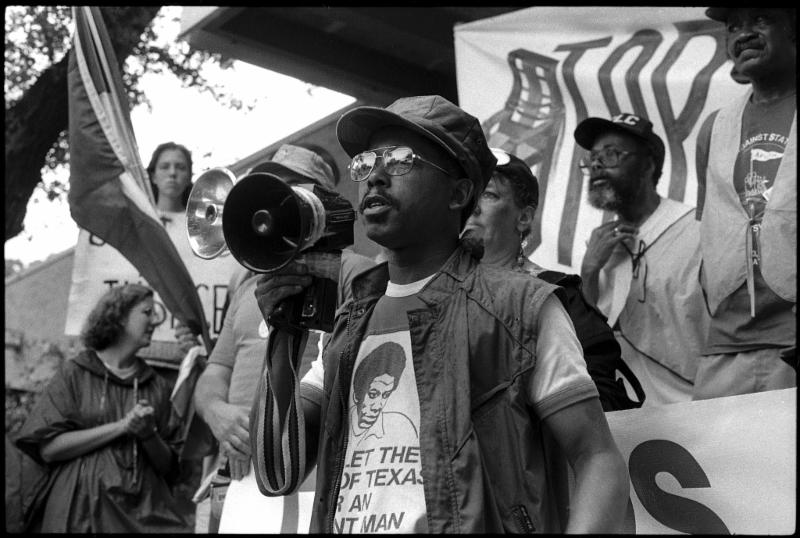 Akwasi Evans, an Austin activist and community publisher for half of his 70 years, passed away from complications of prostate cancer on April 18, 2019, at his Austin home. An online obituary covers the basics of early life, family, and his life and work in Austin.

Other obits and news of Evans’ death appeared in the Austin American-Statesman, Austin Chronicle, KUT-FM, and a piece by his longtime friend, golf partner, fellow publisher, and radio co-host Tommy Wyatt in The Villager.

Each report brings to light new perspectives on Evans’ service to his chosen community. At his funeral, over 200 family, friends, and political associates, people from all walks of life, heard him eulogized by Dr. Nelson Linder, president of Austin’s NAACP, and eight ministers. Yet it’s not enough. Akwasi’s passing leaves a huge hole in Austin’s progressive community, and filling it seems highly unlikely, as he was a uniquely dedicated man who called himself a born rebel.

Friends and family are celebrating Akwasi’s life and sharing their experiences with and memories of him on Sunday, June 23, from 6-10 p.m. at Kenny Dorhan’s Backyard, 1106 E. 11th St., Austin. The event, free and open to the public, is sponsored by the South Austin Museum of Popular Culture (SouthPop), DiverseArts, and Six Square, Austin’s Black Cultural District. It will include music, poetry, art, and brief remarks dedicated to Akwasi.

Akwasi, also a poet, neglected that talent to produce a weekly print newspaper, NOKOA: The Observer, from conception to delivery. Poets who knew him or his work are invited to bring one or two poems to share. An open mic portion of the evening will invite people who worked with Akwasi on any of his many interests to briefly share their memories, and their takeaway on his life of almost monk-like service.

I used to joke that I knew Akwasi ‘before
he was African.’

I used to joke that I knew Akwasi “before he was African,” when he was still Larry Evans and a member of the WEB DuBois Club in Louisville, Kentucky. He came to Texas in 1976 to help get Communist Party presidential and vice-presidential candidates Gus Hall and Jarvis Tyner on the ballot, spending most of the summer in Houston collecting petition signatures. I was doing the same thing in Austin, and we met during his Texas stay. Fellow poets and revolutionaries, we became fast friends.

A few months later he published a few of my poems in Seems Southern To We, a student journal at the University of Kentucky in Lexington, cementing our friendship. Last year he wrote a cover blurb for my most recent collection, Tempted to Tell All; his short verse was so over-the-top and generous I was almost too embarrassed to use it, but pride won out.

An amazing thing about Akwasi, a single child, was his genuine acceptance of perhaps hundreds of people of all colors and ethnicities as close-as-blood brothers and sisters. I was honored to be one of his early Texas sisters, and blessed to share that basic acceptance. It reminds me somehow of my experience with the late Marilyn Buck, one of my best friends in the sense The Who defined them: “you can count ’em on your one hand.” Despite and because of her 26-year imprisonment, I was but one of hundreds of her best friends, and honored to be so.

Although Akwasi never met Marilyn — she passed away too soon after being released from prison to revisit Austin, her hometown — NOKOA reported on her legal struggle and supported her compassionate release from federal custody. 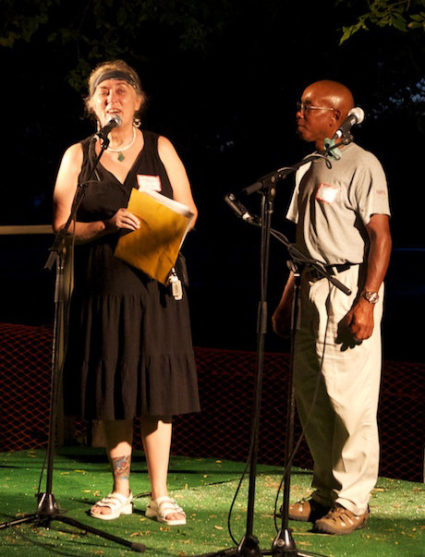 Akwasi and I last worked together closely on a benefit for Marilyn Buck shortly before her 2010 release, when we still hoped to see her alive. He was tireless in his promotion of the multi-faceted benefit and a key part of its success, welcoming all of his — our — brothers and sisters who came. In a circle-of-life thing, hip-hop faves Riders Against the Storm (RAS), who will headline the June 23 celebration of Akwasi’s life, played their first Austin engagement at that benefit; they knocked us out that night and have only gotten hotter!

Akwasi’s diversity of brothers and sisters reflects the diversity not only of the causes he championed and the vision of a just society he tried to nourish, but the diversity of his takeaways from an array of national, international, and local leaders and activists. Although NOKOA, for example, always had an Afrocentric viewpoint, and Akwasi fostered public Kwanzaa celebrations in Austin, he in no way found African repatriation or separation to be credible solutions to Black Americans’ ongoing struggle for justice and equality. Deeply influenced by participating in Dr. Martin Luther King, Jr.’s, historic march across the bridge at Selma, Alabama, when Akwasi was 15 years of age, he always sought — and brought — nonviolent solutions, but advocated the right of self-defense for individuals and communities.

He sought balance in his personal and spiritual life but was whelmed by injustices.

A Libran, he sought balance in his personal and spiritual life but was constantly whelmed by daily injustices and the physical and financial demands of his chosen path. Despite his ability to work with people of all kinds productively, he had trouble keeping long term staff at NOKOA. Advertising revenues never quite met expenses despite above-and-beyond support provided by some regular advertisers, notably Ruby’s Bar-B-Que and Planet K Gifts.

He had no savings, and nothing to fall back on but pride and determination when cancer struck. He didn’t receive — may never have persistently sought — the health care he was due. Akwasi spent valuable time on sweepstakes entries and other get-rich-quick schemes; if he didn’t play the lottery I’m surprised! The NOKOA office was notoriously cluttered with junk mail; I carted off several big bags more than once. He liked to smoke cannabis and sometimes liked to take a drink; both interfered at various times with his driver’s license.

Akwasi’s many friendships with women were based on brotherly respect and love, and for all that I knew him pretty well, I don’t have any idea why he lived resolutely alone with his chickens. An unlikely radio host with a stutter (believed to be more prevalent among Black men), what he had to say was always so interesting, and his eagerness to share it so evident, that people just waited out the stammer until it passed. Barely topping 5’2″, he sometimes said that being short was as big a handicap in getting respect as being Black, and while some studies support the contention, he made people look up to him.

He was a beloved friend, a strong and sympathetic brother, and indeed will be remembered long and well in the city he served, and beyond.

[Mariann Wizard was among the founders of The Rag, The Rag Blog‘s print predecessor, and is a frequent Rag Blog contributor. She lives in Belize, Central America.]