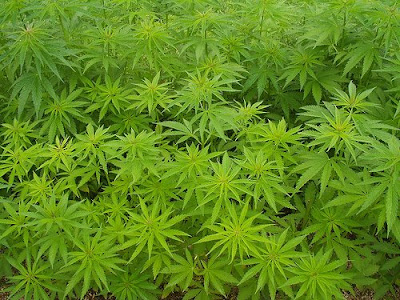 It’s time for the government to cash in on the marijuana crop.
Time to tax marijuana

[With] budget deficits and a worsening recession, it only makes sense to stop spending money to fight marijuana use and start taxing that use to help balance both state and federal budgets.

California recently thought they had fixed their financial problems on the state level, but they were wrong. The state government is still experiencing a huge shortfall in income. There are some in the state who believe it is time to legalize marijuana and tax it to help solve their financial crises.

Using the quantity of marijuana seized by authorities last year as a guide, it is estimated that the marijuana crop in California last year was worth about $17 billion. Personally, I think that’s a very conservative estimate. But even using the government’s $17 billion figure, that dwarfs any other agricultural crop in the state.

The top tax collector in the state says if they tax marijuana just like they tax liquor, the state could collect taxes worth $1.3 billion. That would solve California’s deficit problem. But California is not the only state with a huge marijuana crop or deficit problems. Most states, especially in the West and South, have large illegal crops of marijuana. Marijuana can even be grown as far north as Alaska, as we found out a few years ago when it was legal for a while there.

Frankly, it is time for the federal government to legalize marijuana. While marijuana alone could not pay off the federal deficit, it could be used to keep that deficit from growing larger. Currently, the federal government is searching for ways to pay for health care reform and a public health insurance system. Why not put a substantial tax on marijuana? It could be taxed even more heavily than alcohol, and most users would gladly pay it. A marijuana tax could pay a substantial portion of health care reform.

The only reason marijuana is illegal is because of many years of government propaganda — most of it either wrong or outright lies. The fact that the government still classes marijuana as though it were a dangerous drug like heroin or cocaine or methamphetamine is ridiculous. The truth is that marijuana is far less dangerous than either alcohol or tobacco — both of which are legal (and should remain so). Furthermore, many many deaths can be attributed to alcohol or tobacco each year in America, while not one death can be attributed to marijuana.

Millions of honest hard-working tax-paying Americans use marijuana on a fairly regular basis. They do this even though the plant is illegal. They don’t break any other laws. They don’t steal from or hurt any other people. Why do we want to criminalize and punish these people? They just want to make their own choices about their own lives. For some marijuana is a stress-reliever or a sleeping aid, while others just use it recreationally.

Criminalizing and punishing these people actually hurts our country without accomplishing anything positive. We must not only pay for their incarceration, but once they have a record and have difficulty finding work because of that, they are much more likely to actually participate in criminal behavior — behavior that actually would be harmful to persons or property.

Our attempt to enforce this second prohibition has been as big a failure as the first one was. In the twenties and thirties, we found that people would use alcohol whether it was legal or not. Making it illegal simply gave organized crime a big payday — so big they were killing each other to control it. Marijuana (and other drug) prohibition has done the same. People are going to smoke marijuana whether it is legal or not. Isn’t it time to take this money out of the hands of the drug gangs?

We have spent hundreds of billions of dollars on the so-called “war on drugs,” and it’s been like throwing that money away because nothing has been accomplished. The drug war has been an abysmal failure, and anyone thinking clearly can see that. A good start to fixing this problem would be the legalization of marijuana. We might even find fewer people willing to try the illegal drugs if marijuana were legal.

In a time of budget deficits and a worsening recession, it only makes sense to stop spending money to fight marijuana use and start taxing that use to help balance both state and federal budgets.