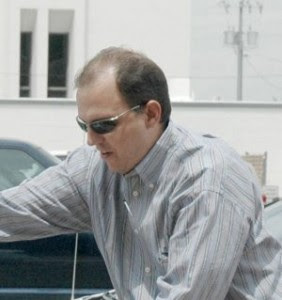 Republican operative Nathan Sproul has been investigated for voter suppression.

John McCain paid $175,000 of campaign money to a Republican operative accused of massive voter registration fraud in several states, it has emerged.

As the McCain camp attempts to tie Barack Obama to claims of registration irregularities by the activist group ACORN, campaign finance records detailing the payment to the firm of Nathan Sproul, investigated several times for fraud, threatens to derail that argument

The documents show that a joint committee of the McCain-Palin campaign, the Republican National Committee and the California Republican Party, made the payment to Lincoln Strategy, of which Mr Sproul is the managing partner, for the purposes of “voter registration”.

Mr Sproul has been investigated on numerous occasions for preventing Democrats from voting, destroying registration forms and leading efforts to get Ralph Nader on ballots to leach the Democratic vote.

In October last year, the House Judiciary Committee wrote to the Attorney General requesting answers regarding a number of allegations against Mr Sproul’s firm, then known as Sproul and Associates. It referred to evidence that ahead of the 2004 national elections, the firm trained staff only to register Republican voters and destroyed any other registration cards, citing affidavits from former staff members and investigations by television news programmes.

One former worker testified that “fooling people was key to the job” and that “canvassers were told to act as if they were non-partisan, to hide that they were working for the RNC, especially if approached by the media,” according to the committee’s letter. It also cited reports from public libraries across the country that the firm had asked to set up voter registration tables claiming it was working on behalf of the non-partisan group America Votes, though in fact no such link existed.

Such activities “clearly suppress votes and violate the law”, wrote John Conyers, the Chairman of the House Judiciary Committee. The letter suggested that the Judiciary Department had failed to take sufficient action on the allegations because of the politicisation of the department under the then-attorney general, John Ashcroft.

The career of Mr Sproul, a former leader of the Arizona Republican Party, is littered with accusations of foul play. In Minnesota in 2004, his firm was accused of sacking workers who submitted Democratic registration forms, while other canvassers were allegedly paid bonuses for registering Bush voters. There were similar charges in Pennsylvania, West Virginia, Oregon and Nevada.

That year, Mr Sproul’s firm was paid $8,359,161 by the Republican Party, according to a 2005 article in the Baltimore Chronicle, which claimed that this was far more than what had been reported to the Federal Elections Commission.

Mr McCain and his running mate Sarah Palin have been linking allegations of registration fraud by ACORN, the community group, to the Obama campaign.

ACORN has been accused of registering non-existent voters during its nationwide drive, with reports of cartoon characters such as Donald Duck and Mickey Mouse being signed up.

The organisation insisted that these are isolated incidents carried out by a handful of workers who have since been dismissed.

However, the Republican nominee insists that the group is involved in fraudulent activities, noting that Mr Obama, before leaving the legal profession to enter politics, was once part of a team which defended the organisation. At last week’s debate, he said that ACORN was “perpetrating one of the greatest frauds in voter history”, a claim which the Obama campaign says represents political smear.

The revelation of Mr Sproul’s involvement with the McCain campaign – he has also donated $30,000 to the ticket and received at least another $37,000 directly from the RNC – could undermine his case.

“It should certainly take away from McCain’s argument,” Bob Grossfeld, an Arizona political consultant who has watched Mr Sproul’s career closely, told the Huffington Post. “Without knowing anything of what is going on with ACORN, there is a clear history with Mr Sproul either going over the line or sure as hell kicking dirt on it, and doing it for profit and usually fairly substantive profit.”

In May this year, both ACORN and Mr Sproul were discussed at a hearing of the House subcommittee on commercial and administrative law. One Republican member, Congressman Chris Cannon, concluded: “The difference between ACORN and Sproul is that ACORN doesn’t throw away or change registration documents after they have been filled out.” 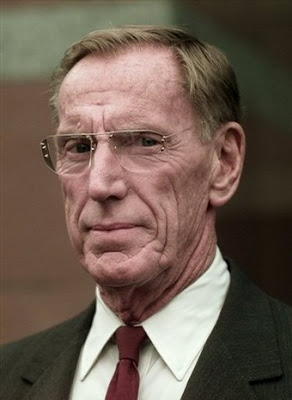 Those voting for the first time this year may not have even been alive during the Keating Five scandal, the political corruption case that threatened to end John McCain’s political career back in 1989. Much to the chagrin of those Democrats gesticulating wildly at the very silent elephant in the room, the Obama campaign has largely refrained from touching upon the issue, perhaps preferring to leave past associations well alone, for understandable reasons.

But sometimes history throws little reminders into our present path, and this is one of those times. Campaign finance records have revealed that the law firm founded by Charles Keating – before he went to jail for fraud, racketeering, and conspiracy for his activities as chairman of Lincoln Savings and Loans – has made donations totalling over $50,000 to McCain’s campaign.

The Center for Responsive Politics has done the maths, and says: “In amounts ranging from $200 to $2,300, about 30 partners and employees of the legal firm Keating, Muething and Klekamp, as well as their family members, have contributed $50,200 to McCain’s 2008 campaign. All but two of the contributions came in July, and all but three of those July donations were logged on July 31, suggesting they were delivered at the same time. As with any bundle of campaign contributions, it’s difficult to determine which donor was the “bundler,” the person who solicited the contributions on the campaign’s behalf. McCain’s online roster of bundlers, which purports to name any individual bundling $50,000 or more for the campaign, does not associate any of McCain’s major fundraisers with the Keating firm.”

This is not improper in itself, and the only Keating included in the bundle is William J. Keating, Jr., Charles Keating’s nephew, who is listed as a partner in the firm and contributed $1,000.

But it reminds us of McCain’s role in “The Keating Five,” a group of senators who received a total of $1.4 million in campaign contributions connected to Keating and personally intervened with government regulators to allow Lincoln Savings and Loans to make highly risky investments that defrauded thousands of investors and cost taxpayers $3.4 billion.

Keating, now 84, once wrote to McCain that “I’m yours till death do us part”. Could he be keeping his promise?