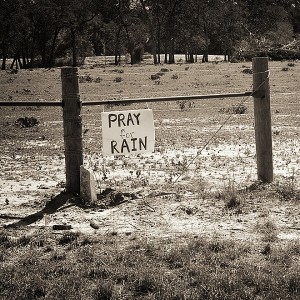 Roger Baker’s three-part Rag Blog series, “Can Austin survive the current Texas drought,” garnered much attention and was reposted widely, including by the highly-influential Resilience.org. Roger wrote the following update for The Rag Blog‘s Metro Page.

There are two tracks of policy response involved when discussing Austin’s drought crisis — the science and the politics. The situation the Austin Climate Action Network faces really amounts to a new climate reality coming into conflict with Texas politics — over Austin’s shrinking water supply.

I recently described the science affecting Austin’s water according to the top climate scientists here. The experts have been warning us for decades that the climate change models predict increasing desertification to the American Southwest. This large area includes West Texas, the runoff from which is Austin’s main water supply.

To understand Austin’s current water crisis situation, we need to look at the Highland lakes inflow trends. If Austin is planning smart, by taking climate change into account, I believe Austin should take the last three years of Austin upstream water inflow into the Highland lakes as a reasonable estimate of what the city might expect in the next three years. See this chart, with the vertical blue bars being the historic water capture average since 1942, as compared with the much shorter bars, representing Highland Lakes water capture over the last three years. 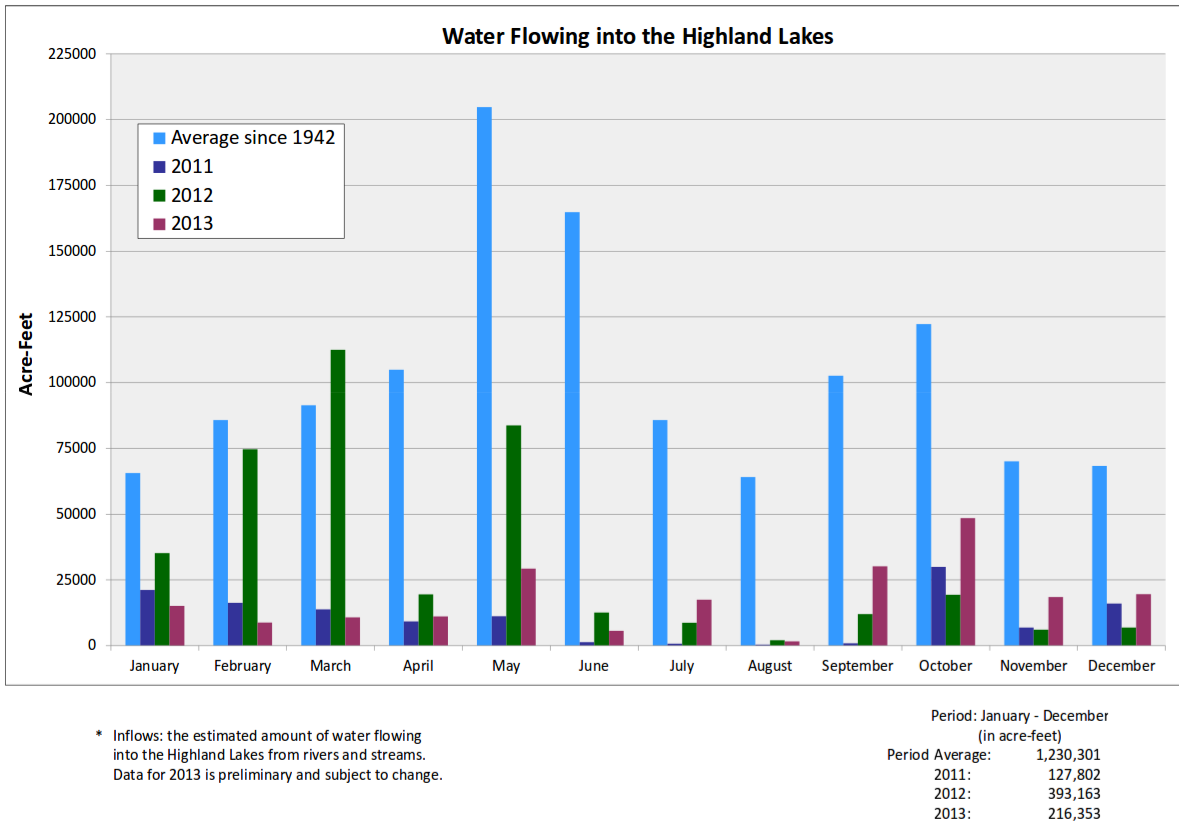 Adding together the last three years of water inflow, we see about 738,000 total acre feet of water coming in. This equals about 246,000 acre feet yearly of Highland Lake capacity available to satisfy all of Austin’s current water customers.

However, this assumes that Austin is the only customer for all the Colorado River water that comes downstream to Austin. That is not a reassuring assumption from the standpoint of all those who need this same water, and who live downstream from Austin.

All of the Colorado River watershed upstream of Austin is in severe drought, or worse, as can be seen from this chart: 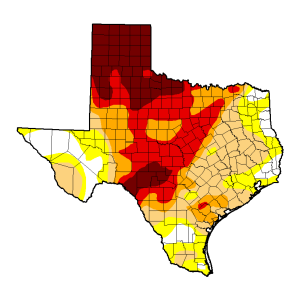 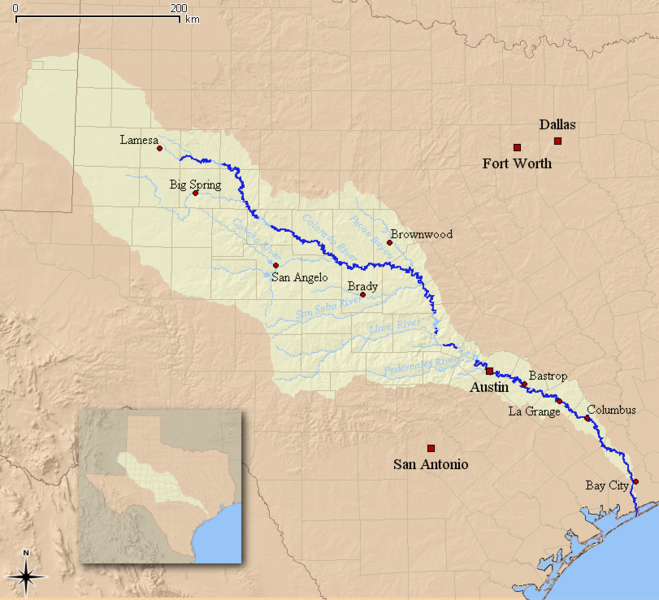 The following chart is Austin’s water use over time. Austin’s domestic water customers seem, by this chart, to be quite reluctant to use less than about 100 million gallons per day (which volume equals about 306 acre feet). 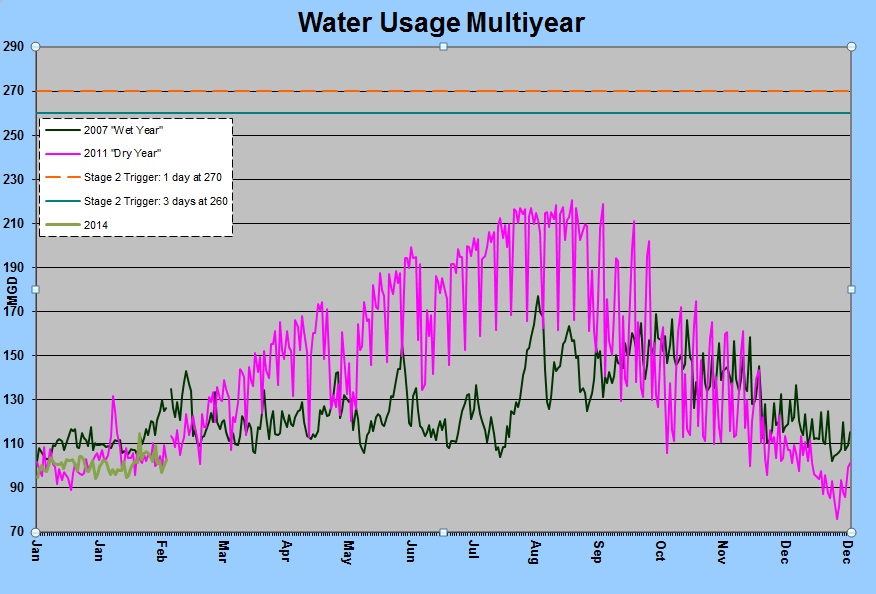 It used to be that Austin’s Highland lakes reservoirs would receive about 1,230,000 acre feet. However the average inflow over three years has only been about a fifth of this or 246,000 acre feet. In other words, the LCRA that controls and dispenses Austin’s water, is only getting about three times the minimum water needed to supply Austin’s water needs, while still being responsible for keeping the users downstream from going dry.

Given the natural unpredictability of weather in our era of rapid climate change, this modest but shrinking cushion of Highland Lakes water reserves should be a clear warning to current and future Austin residents to conserve as never before. We now know from tree ring data that severe Texas droughts like the 1950s drought of record are not uncommon.

According to the science, gradual desertification is reducing our West Texas water supply. Climatologists say that just as much water volume is falling, but on warmer ground. For whatever reason, much less water is getting to users downstream. Also, there is a global warming latency effect that predicts that this change will become about twice as influential, even if we were to immediately stop emitting greenhouse gases. Trusting in the science and numbers alone, shifting Austin water and growth policy fast enough to deal with Austin’s drought future will be a challenge. Doubling the population of Central Texas, as CAMPO is now planning to do, is probably an impossibility.

However Texas politics has its own dynamics. The scientific reality needs to be presented reasonably, so as to influence public opinion by telling the truth in tolerable bite size chunks. However we respond to them, facts are still facts. The longer Austin planners deny the reality of climate change greatly affecting our water supply, the worse the likely outcome.