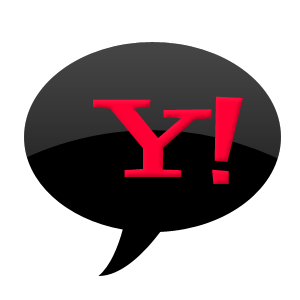 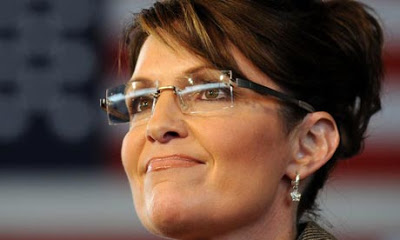 A hacker group has released the full contents of Sara Palin’s two Yahoo e-mail accounts to Wikileaks who has posted a good part of the contents. Of course the great irony is that is is alleged that these accounts were set up to circumvent the public disclosure laws to which official correspondence is subject.

Just think … if we elect McCain and Palin this kind of strategic genius will be guiding the military intelligence affairs of our country. How could we go wrong? Let me count the ways, after I read a few more of these e-mails.

Check it out at Wikileaks.

SAN FRANCISCO — FBI investigators are examining an email account belonging to the vice-presidential candidate Sarah Palin, after hackers broke into it and posted contents on the internet.

Screenshots and photographs taken from the account — which was hosted by Yahoo — were put online yesterday after being sent to the whistleblowing website Wikileaks.

The images showed a sequence of messages between Palin — the governor of Alaska and surprise choice as Republican vice-presidential nominee — and her state government aides, as well as a draft letter to the California governor, Arnold Schwarzenegger.

Although some of the emails — from the address gov.palin@yahoo.com — appeared to be private, Wikileaks defended its decision by saying that Palin was violating standards on keeping public records by sending official emails through a private account.

“Governor Palin has come under criticism for using private email accounts to conduct government business and in the process avoid transparency laws,” the website said. “The list of correspondence, together with the account name, appears to reinforce the criticism.”

The hack has been attributed to an activist group known as Anonymous, a loose grouping of internet pranksters, vigilantes and anarchists that has previously locked horns with scientologists and internet paedophiles.

Federal investigators are believed to be examining details of the hack to determine the identities of those responsible — though forensic experts have said this could take some time. Last night the Wikileaks website appeared to have gone down, though the reason was unclear.

A spokesman for the Republican presidential campaign said the attack was invasive and unwarranted. “This is a shocking invasion of the governor’s privacy and a violation of law,” said Rick Davis, the McCain-Palin campaign manager, in a statement.

“The matter has been turned over to the appropriate authorities and we hope that anyone in possession of these emails will destroy them. We will have no further comment.”

The use of non-government email services to conduct official business has been strongly criticised in the past. Official government communications are required to be preserved under federal law, but without using official communications channels, it remains unclear whether emails from private accounts are being correctly preserved.

Last year the issue came to the fore after it emerged that the Bush administration had been using private accounts to conduct White House business.

Some senior Bush advisers — including the former political strategist Karl Rove — had used private accounts, contrary to accepted practice. Documentation lost as a result included email conversations discussing the controversial dismissal of a number of United States attorneys, which critics claim was done because they were unsympathetic to the Republican cause.

The attack by Anonymous is also reported to have stemmed from recent speculation about Palin’s decision to fire the Alaska public safety commissioner in July. An independent investigation is under way to examine allegations that she governor sacked Walter Monegan because of his refusal to dismiss a state trooper, Mike Wooten — who was locked in a custody battle with Palin’s sister at the time.

“Where you’ve got a governor apparently using a Yahoo account for state business, that’s kind of a complete inversion of what ought to be happening in terms of public records,” Charles Davis, executive director of the National Freedom of Information Coalition, told the Anchorage Daily News this week.