Money Alone Is Not Wealth 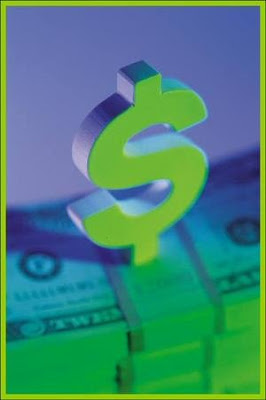 The unemployment rate at the end of July was 9.4 percent and is expected to reach 10 percent by year’s end. If part-time workers who want full-time jobs and those who have given up hope for a new job are included, the current jobless rate jumps to 16 percent.

Could it be that jobs are disappearing because society values money and profits over wealth created by production of goods and services? Companies routinely cut labor costs — namely, individuals’ compensation for producing — to maximize profit. How sustainable is that?

Since the global economy is requiring massive government bailouts, it’s time to rethink “wealth” and how valuing money and profit over people affects a society.

Dean Baker, macroeconomist with the Center for Economic and Policy Research, points out that the U.S. financial sector does not directly provide a good or a service. Its primary activity is mediating buying and selling. In the 1940s, the sector created less than 6 percent of corporate profits. It was still under 10 percent in the 1960s, but it was 30 percent in 2004.

John C. Edmunds, a finance professor at Babson College known as an advocate of financial expansion, had been advising governments for at least a decade that “an economic policy that aims to achieve growth by wealth creation does not need to increase the production of goods and services, except as a secondary objective.”

In 1996, he declared that financial securities were the leading components of wealth; their fast growth would soon be more than two years’ worldwide output of goods and services.

Critics say the Federal Reserve allied with the U.S. Treasury and Wall Street banks to give higher priority to creating this “fake” wealth rather than producing actual wealth.

Such priorities also led to massive deregulation of the financial sector, allowing exploiters such as Bernard Madoff and Allen Stanford to bilk their investors of billions. Academics, business interests and their lobbyists, media such as CNBC and policymakers dependent on campaign contributions had complicity in the deregulation.

In 1999, banking, insurance and real estate lobbying successfully got repeal of the Glass-Steagall Act, enacted in 1933 to protect depositors by mandating separation between speculative investment firms and commercial banks, backed by deposits.

With fewer protections, exotic “financial instruments” proliferated, including an estimated $56 trillion in unregulated “credit default swaps.” That is equal to the world’s gross domestic product. The exotic “instruments” collapsed as subprime mortgages defaulted.

CEOs from America’s largest financial corporations involved in the collapse collected vast sums of money by questionable means, while driving their companies and unsuspecting investors into bankruptcy.

Hardworking people who invested in 401(k)s, stocks, bonds and mortgages are facing loss of jobs, homes and pensions. They entrusted the fruit of their labor to a financial sector they didn’t know resembled a casino.

Baker notes that maintaining the rate of productivity growth of goods and services enjoyed between 1943 and 1975 would enable reducing the average workweek to 21 hours or adding 24 weeks of vacation while still having the same real income in 2030 as we have today.

A return to sustainable local economies is sorely needed. Wall Street’s critics have noted that money is not wealth; it is useless until exchanged for something of value. For example, $1 billion spent to safeguard Middle East fossil fuel supplies takes a toll in military combat deaths and injuries, expensive consequences not incurred with $1 billion invested in renewable energy jobs.

True wealth is priceless: healthy, self-sustaining families and communities; a world free of homelessness, crime, war and terrorism; and retirements spent in dignity, not destitution. It’s time to get priorities straight. Money alone is not wealth.

[Anna Manzo is a New Haven Register copy editor and Web editor/producer for “Between The Lines,” a radio news magazine heard on 45 radio stations in the United States, Canada and Australia.]

3 Responses to Money Alone Is Not Wealth