Money Is Key to Seeing Obama for What He Is

Never have so many hoped for so much because of rollicking rhetoric and pulsating platitudes. A tsunami of hope has plunged America into electoral euphoria. In its path is the wreckage of critical thinking about what ails the US and what bold, revolutionary actions are needed. Barry Obama has accomplished semantic alchemy, turning justified but grim distrust and outrage with government and politics into hallelujah hope. But most hope never materializes and is a terrible predictor of reality. 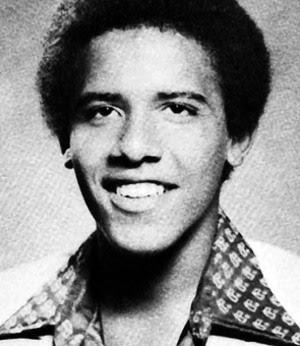 Think about the prevalence of hope: sports teams heading into a championship game, research scientists envisioning a Nobel Prize, people in the criminal justice system awaiting trial, entrepreneurs starting a new business, people starting off on a long-awaited vacation, American Idol contestants, college seniors dreaming of becoming superrich, and all those supporters of Ron Paul, Dennis Kucinich, and other presidential candidates that will not reach the White House.

Hope produces far more losers than winners. Hope is enjoyable until failure hits. But most people do not give up on hope, just move on to the next hope.

Obama hoped that he could tap into the national desire for change from the awful conditions produced by the Bush administration by selling hope to voters rather than his experience and accomplishments. Like a political medicine-man he has succeeded as a compelling seller of hope, better than the best infomercial charlatan.

Like a self-fulfilling prophesy, his proof that hope works is his life story and political campaign. This resembles a con man selling a real estate scheme by showing pictures of his yacht, estate and Rolls Royce. Millions of consumers succumb because of their hope that riches can be obtained by following the quack’s advice and formula. Such false hope succeeds because people buy into wrong or deceitful information. False hope can be revealed through objective examination of the facts, assumptions or promises used by the hope purveyor.

It may be therapeutic by offsetting depression, stress or anger. It makes people happier, feel good and have something positive to look forward to in an otherwise dismal world. It provides comfort and some sense of security. Delusional hope is exactly like a placebo medicine, producing an apparent positive result without any valid reason for doing so, except satisfying the desire for a positive result.

Obama has produced an epidemic of contagious delusional hope for a population rightfully disgusted with ordinary politics and politicians. Like an excellent magician, people are mesmerized by the trick of promising to turn YOUR hope into HIS success.

What happens if president Obama does not actually deliver any real, substantive changes and reforms in government and public policy? Who will be blamed? Hope-happy Obama or a nation of hope-losers for electing him?

This mass delusional hope befits our delusional democracy with its delusional prosperity. Rather than the usual lies, Obama offers hope for change, as if the ruling plutocracy will fade away and stop using their considerable influence over government to funnel an obscene fraction of the nation’s income and wealth to the richest Americans and corporations.

Money is key to seeing Obama for what he really is – an insider politician. He has backed away from his clear promise to use public financing for the general election, as John McCain also promised to do. His broken commitment results from his ability to raise enormous sums from hope addicts. Besides many small contributors, he has received enormous financial support from a number of business sectors. He provided about $700,000 to other politicians in the past year to get their support. When it comes to money, Obama seems much too much like an ordinary politician.

What is the audacity of hope? The confidence that most Americans will eat the political narcotic – hook, line and sinker. Welcome to the Obama rapture.