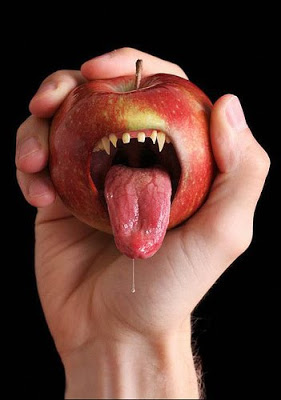 Image from photobucket.
Monsanto : Ripe for the plucking

I see in the business news, Midwest version, that Monsanto is raising the price of seed 42%.

These jerkwads make genetically modified seeds that are supposed to self-destruct so farmers can’t plant “legacy” crops. They also make farmers sign a contract to that effect and they DO sue if their customers don’t rebuy but still appear to be growing the same stuff.

In the Midwest, that’s called “turning farmers into sharecroppers.”

Anyway, one of the first things the Obamites did was move Antitrust out of the Department of Commerce, where Bush had parked it (Can you say “Too big to fail?”), and put it back in Justice.

By contrast, the first thing the Bush Administration did was give away everything the government won in the Microsoft anti-trust case… and then they moved the whole deal out of Justice.

With any luck, Monsanto will be the first “victim” of the new Obama attitude. Would be good for farmers.

While I’m up here in Indiana, I have to pay attention to what happens to farmers, since I teach their kids.