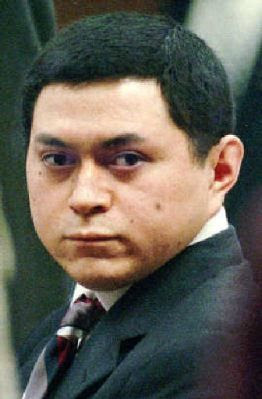 New DNA tests “do not support the current conviction” of Texas Death Row inmate Michael Blair (pictured), who was condemned in the 1993 slaying of 7-year-old Ashley Estell, a high-profile case that led to the creation of tough sex-offender laws, Collin County District Attorney John Roach said recently, as quoted in an AP story.

The Top Stories This Week in Criminal Justice Reform
By Jeff Miller / May 30, 2008

Here are the top stories in criminal justice reform, taken from the Justice Newsladder.

Tennessee will retry death row inmate Paul House but will not seek the death penalty. The decision meets a deadline set by the U.S. Supreme Court to retry or free House by June 17. In June 2006, the Court concluded that reasonable jurors would not have convicted House if they had seen the results of DNA tests from the 1990s. House has been in prison since 1986. (www.tennessean.com)

The district attorney’s office in Dallas County, America’s leading county in exonerations, approved of DNA tests for three more inmates that were denied testing by a previous DA. (dallasnews.com)

Authorities in Illinois are preparing to free Dean Cage, who has served 14 years of a 40 year sentence for aggravated sexual assault after being cleared by DNA tests. Cage was linked to the crime because of his resemblance to a police sketch that appeared in the newspaper. Police then brought the 15 year-old victim to the store where Cage worked and she identified him as the offender. (suntimes.com)

As part of their editorial series They Didn’t Do It: Convicting the Innocent, The Buffalo News argues for videotaping police interrogations. 10 of New York’s 23 wrongful convictions have sprung from false confessions. The entire Buffalo News series can be read on the Justice Newsladder. (buffalonews.com)

The Justice Project, an organization which works to increase fairness and accuracy in the American criminal justice system, is proud to sponsor the Justice Newsladder, a new tool to find the top news and articles about criminal justice reform.

Our Agenda for Reform

The Justice Projects works to increase the fairness and accuracy of the American criminal justice system. We develop, coordinate, and implement integrated national and state-based campaigns involving public education, litigation and legislation to reform the criminal justice system, with particular focus on capital punishment.

The Problem: A Broken System

The American criminal justice system is broken. Since the reinstatement of the death penalty in the 1970s, 130 people have been exonerated from death row in 26 states – roughly one for every nine executed. The most comprehensive study of capital trials ever conducted found that nearly seven of every 10 death sentences handed down by state courts from 1973 to 1995 were overturned due to “serious, reversible error,” including egregiously incompetent defense counsel, suppression of exculpatory evidence, eyewitness misidentification, false confessions, snitch and accomplice testimony, and unreliable forensic science. Read more

The Solution: National Agenda for Reform

To promote solutions to the problem of wrongful convictions and enhance protections for innocent people accused of crimes, The Justice Project has constructed a national program of eight specific reform initiatives designed to increase the fairness and accuracy of the criminal justice system.
Read more

From prosecutors to victims’ rights groups, from defense lawyers to judges to law enforcement, reasonable people agree that our system of justice must protect the innocent and punish the guilty – not the other way around.